This is the concluding blog recounting a two week trip to Israel in early spring 1979.   Rupert Hastings, Andrew Moon, Pete Naylor, Tim Norris and I travelled around in a hire car in some discomfort (at least in the back it was) seeing as much as we could.


1 April.  We looked for Hooded Wheatear around Nueba and soon saw 5 (3 males) as well as 3 Hoopoe Larks.  We continued north to Elat seeing another female Hooded Wheatear on the way.  At Elat there was a summer plumage Sociable Plover in the north fields, although it always kept its distance, and 3 Caspian Plovers.  Other migrants were a bit thin on the ground although we did see 3 Baillon’s Crakes, 3 Bluethroats, a Savi’s Warbler and an Ortolan Bunting.  We heard two Nubian Nightjars close to the Jordanian border at dusk and I had a brief view of a shape which was probably one of them, even worse than a Hume's Tawny Owl!  We slept on the beach.
2 April.  We started at Taba, just outside Elat, where we saw another male Hooded Wheatear.  It was a species I has been a bit anxious about finding but we’d now seen 7.  We spent the rest of the day at and around Elat visiting the ringing station in the fields where the ringers kindly showed us some nice birds in the hand, best being a female Little Crake.  Also at Elat we saw 72 Collared Pratincoles, the Sociable and a flock of 53 Caspian Plovers (with another 21 possibly being different) and both Common and Thrush Nightingale. During the heat of the day we visited the Underwater Observation Station and saw some fish and late afternoon we tried the Water Pumping Station just south of Elat where we had good views of 2 Lichtenstein’s Sandgrouse before it got dark.  After a meal we returned to the beach for another night.
﻿
﻿ 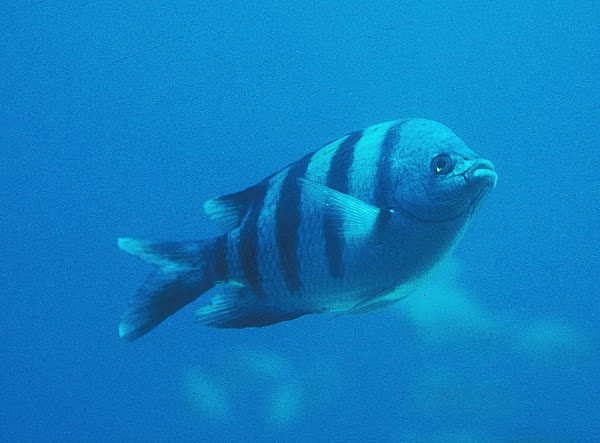 3 April.  At Elat we saw the Sociable and 20+ Caspian Plovers but the fields and canal seemed comparatively quiet and we headed north to Qetura, stopping on the way for views of a Lappet-faced Vulture over distant hills.  The Glossy Ibis was still at Qetura and we saw migrant Wryneck and Wood Warbler while 12 Bee-eaters flew north.  Yotvata was quieter, just 2 Masked Shrikes, so we headed back towards Elat for the afternoon seeing a Short-toed Eagle from the car.  Back at Elat we stayed around the beach (Brown Boobys were not restricted to being offshore!) and the canal seeing an impressive flock of 450 Garganey and another male Baillon’s Crake.  An evening walk along the border eventually produced a decent view of Nubian Nightjar, and a close encounter with the Israeli army on our return in the dark.  A patrol on the lookout for insurgents crossing from Jordan so it was just as well that we were not being particularly quiet!


4 April.  We again visited the ringing station in the fields at Elat where the 2 Scops Owls and a male Cretzchmar’s Bunting were the highlights. The 20 Caspian Plovers were still present while a Merlin was a bit of a surprise and a Sooty Shearwater was seen offshore.  We then visited the Moon Valley Mountains for some raptor watching seeing 700 Steppe Buzzards, 50 Steppe Eagles and 3 Egyptian Vultures.  A small accipiter was almost certainly misidentified as a Levant Sparrowhawk (far too early in the season we later realised) while I was also getting excited by a falcon that in hindsight almost certainly wasn’t a Saker.  Raptors have never been my favourites!  Back at Elat 7 Thick-billed Larks flew north over the beach without stopping (frustrating views but at least i'd seen them very well in Morrocco two years before) while a single Black Stork and 2 Baillon’s Crakes were seen somewhat better.
5 April.   In a two hour watch from the Moon Valley Mountains we saw 20 Black Storks, 400 Black Kites, 1200 Steppe Buzzards, 2 Egyptian Vultures and Imperial, Short-toed, Bonelli’s, 3 Booted, 4 Lesser Spotted and 50 Steppe Eagles.  Even an ardent raptor-phobe couldn’t remain unimpressed for long.  Back at Elat an estimated 4500 White Storks were on the move, perhaps we’d left the mountains too soon, while the Sociable and 2 Caspian Plovers were still present.  We left Elat and headed back north, stopping briefly at Qetura on the way – Glossy Ibis still present.  In the mountains west of the southern end of the Dead Sea we had excellent views of 2 Lammergeyers and another male Hooded Wheatear with a male Pallid Harrier and a Barbary Falcon on the way to En Gedi.  Another search until well after dark failed to produce any sightings of Hume’s Tawny Owl for me, no matter how dodgy, and after a meal we left to drive into the desert and find somewhere there to camp near El Sharuhen (lights and noise on the near horizon suggested a military base close by that we were keen to avoid any contact with).


6 April.  Our last full day was spent in the Negev.  We started at a wadi near En Sharuhen, to the north of Ze’elim, where a pair of Eagle Owls were resident.  We had excellent views of them on the cliff face and then drove to Ze’elim, Revivim and Nizzana stopping regularly to scan or walk across sections of desert.  We were particularly looking for Crowned Sandgrouse which we never did find although a flock of 77 Caspian Plovers near Ze’elim was some compensation.  We also flushed a pale Booted Eagle, saw 2 Blue-cheeked Bee-eaters and Cream Coloured Courses were widespread.  From Nizzana we headed southwest but hadn’t gone far when we saw a male Houbara Bustard from the car.  We then continued for about 10 kms, seeing more courses and 2 Hoopoe Larks, before returning.  The drive back to Ze’elim, and a final look around there, produced 29 more Cream Coloured Coursers (taking my day total to 51), male Pallid Harrier, another pale Booted Eagle, Little Owl and a flock of 25 Bee-eaters.  We left the Negev wanting more but had unfortunately run out of time and had to drive back towards Tel Aviv, camping out near Lud. 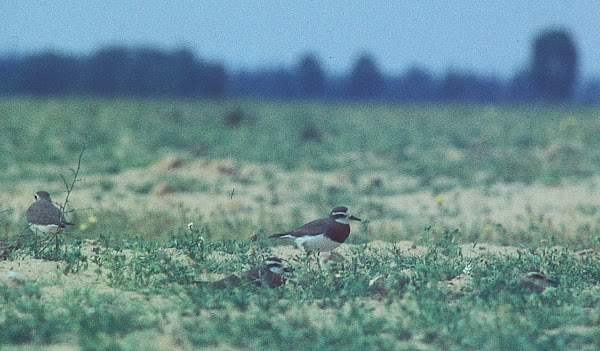 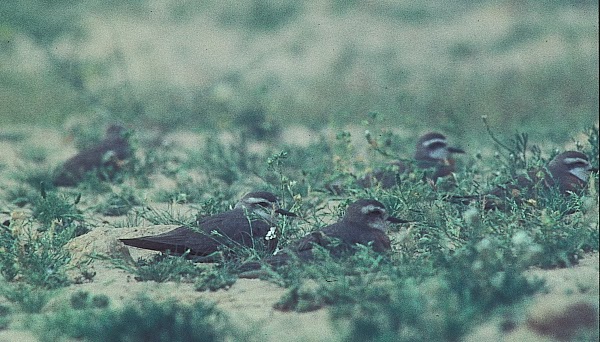 7 April.  We had an hour around Lud seeing 3 Chukars and a male Blackbird before returning to the airport, dropping off the car (very dusty by now), getting a wash and brush-up ourselves (also quite dusty) and flying home.  It had been a very enjoyable trip, nice species (including most targets), some spectacular migration and excellent companions.

Posted by richard fairbank at 14:34 No comments:

This blog is the first of two recounting a two week trip to Israel in early spring 1979.   It is based on old notebook entries, often inadequate, rather hazy memories and scanned slides of variably indifferent quality.  I went out with four absolutely excellent companions - Rupert Hastings, Andrew Moon (who produced a trip report), Pete Naylor and Tim Norris, two sadly no longer with us and one I've long since lost touch with.  We flew to Tel Aviv, hired a car and Andrew drove us around the whole country seeing as much as we could while, it seemed, spending as little as possible.  In my case that was next to nothing as we slept out and I don’t remember eating much!  The trip cost me £230 all in, although that might have bought 6000 Mars bars in those days!


We arrived at Ben Gurion Airport, Tel Aviv at 21:00 on 24th, picked up a hire car (a bit of a squash for five) and drove to Caesarea where we found somewhere to camp.

25 March.  We started birding at Caesarea as it was getting light.  Here Chukar was my first new bird followed by Graceful Prinia and Orange-tufted Sunbird.  We continued on to Ma’agan Mikhael (lots of wetland birds including 2 Great Black-headed Gulls and my first Spanish Sparrows) and Hula Fishponds where we saw 600 White Pelicans, 15 Black Storks, 500 Alpine Swifts and a male Dead Sea Sparrow and spotlighted a Scops Owl.

26 March.  Two Spotted Eagles and the pelicans were seen at Hula before we headed north to the Golan Heights and Mount Hermon.  Here snow was unexpected but birds included Syrian Woodpecker, 20 Eastern Black Redstarts, Pied, Finsch’s and 8 Black-eared Wheatears, 3 Rock Thrushes, 8 Sombre Tits, 4 Rock Nuthatches and 20 Tristram’s Serins.  We were not equipped to spend long in these conditions and headed down to Lake Tiberias seeing our first Masked Shrike and 200 White Storks on the way before continuing, the last part in the dark, to Jericho where we camped.﻿
﻿27 March.  We found 2 Black Francolins and 30 Quail around our camp while a very impressive 10,000 White Storks were on the move!  We headed to Jerusalem, seeing 40 Lesser Kestrels, 2 Long-billed Pipits, 4 Blackstarts and 10 Scrub Warblers mostly in the hills 12km east of the city, and on to the Dead Sea and the kibbutz at En Gedi.  Here were 9 Fan-tailed Ravens, 2 Tristram’s Grackles and 17 Ibex while between us we had several poor, or very poor flight views of Hume’s Tawny Owl after dark.  We left the kibbutz somewhat disappointed and camped out near the Dead Sea.


28 March.  We headed south towards Elat seeing 4 Brown Babblers and Orphean, 4 Arabian and 2 Ruppell’s Warblers near En Yohav.  Stops at a small pool at Qetura and at Yotvata were productive with a pair of Little Green Bee-eaters at both, a Glossy Ibis, 2 male Rock Thrushes and 2 Desert Finches at the former and 3 Stone Curlew, Thrush Nightingale, 3 male Semi-collared Flycatchers and 10 Bonelli’s Warblers at the later.  We continued the short distance to Elat and after a meal camped in the Moon Valley Mountains. 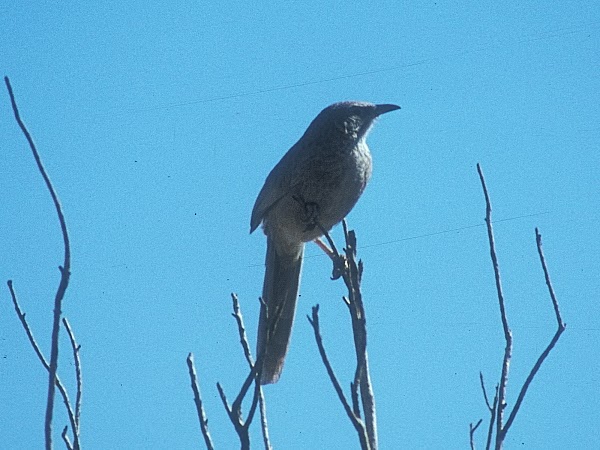 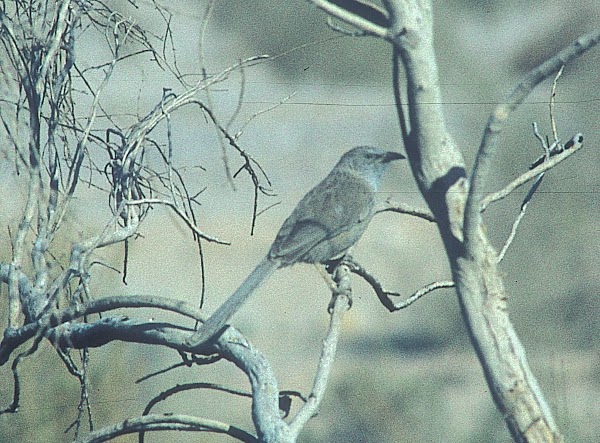 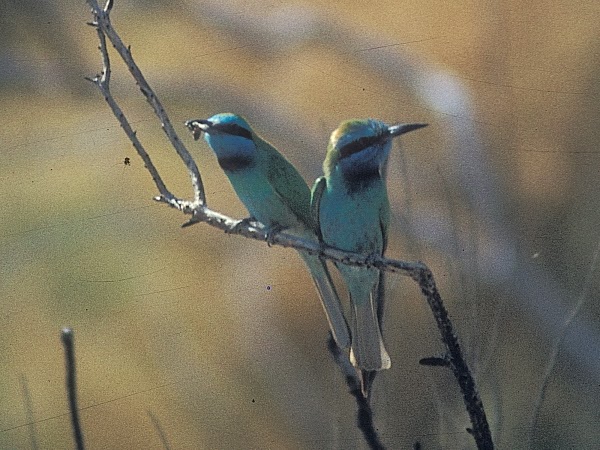 29 March.  A raptor watch from dawn produced 1000 Steppe Buzzards, 13 Steppe Eagles, 20 Black Kites and an Egyptian Vulture while we also saw our only Sand Partridge of the trip.  It had started off quite cold but soon warmed up and we dropped down to Elat which was even warmer.  We spent the afternoon around the beach and fields seeing 3 Brown Boobies and 2 Western Reef Herons at the former and a selection of waders, commoner migrants a Short-toed Eagle, 4 Bluethroats and our first Cretzchmar’s Bunting at the later.  After a meal in Elat we drove down to Sharm-El Shek where other birders had told us there was a Black-crowned Finch Lark.  Full of expectation we camped by the sewage farm under a brilliantly clear starry sky.  The desert experience at its best.

30 March.  I was woken by the sound of Crowned Sandgrouse coming in to drink at dawn. Absolutely superb, as was the sewage farm and we spent several hours there seeing a female Little and 3 male Baillon’s Crakes, Cream Coloured Courser, White-tailed Plover, 110 Crowned Sandgrouse, Bimaculated Lark, 2 male Black-crowned Finch Larks, 30 Red-throated Pipits, 3 Bluethroats and a Savi’s Warbler.  Fantastic!  We drove on to Ras Mohammed where a short seawatch produced Lesser Crested Tern and then back north to some mangroves at Nabq where we saw 2 Striated Herons but not any hoped for White-eyed Gulls.  We returned to Sharm-El Shek, where 10 Lichtenstein’s Sandgrouse came in to drink soon after dusk, and camped there again.  Despite missing the gull we were feeling very content. 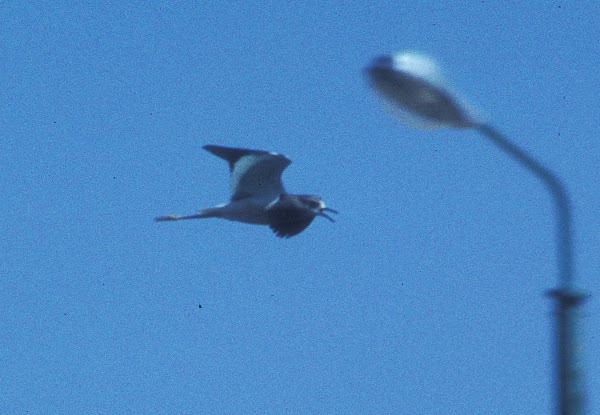 31 March.  I heard Lichtenstein’s Sandgrouse calling at 04:00.  I stuck my head out of my sleeping bag but it was still completely dark and I went back to sleep.  The sewage farm was quieter than the previous morning with many of the more interesting birds having moved on.  Just a single male Baillon’s Crake, 42 Crowned Sandgrouse, the Red-throated Pipits and Savi’s Warbler remained.  We drove back north and turned onto a gravel track for about 50 km to the base of Mount Sinai and Santa Katarina Monastery.  Sinai Rosefinches were common here with 10 (3 males) at the Field Centre and another 6 (2 males) around the Monastery.  We also saw a single Tristram’s Serin, female Rock Thrush and 12 Lesser Whitethroats and I would imagine it could be quite a migrant trap on its day.  White-crowned Black Wheatear was one of the most obvious species on this section and we had seen 13 before re-joining the main road and finding somewhere to camp near Nueba.

Posted by richard fairbank at 15:30 No comments: