Sunday 25 December. A walk around Shoreham Fort and boardwalk with Megan and Cookie produced a single Purple Sandpiper roosting on the wooden jetty (my first sighting this winter), 3 Mediterranean Gulls in the surf from the west arm, a Sparrowhawk and 3 Greenfinches. 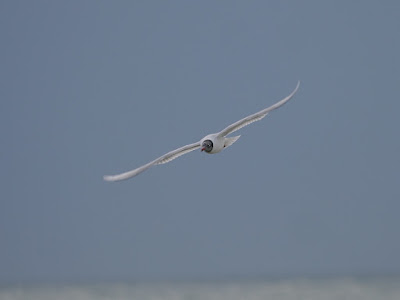 Monday 26 December. A family outing to the fort and boardwalk but no sign of the Purple Sandpiper although 7 Mediterranean Gulls from the west arm (a full-winter adult, 4 second-winters and 2 first-winters). 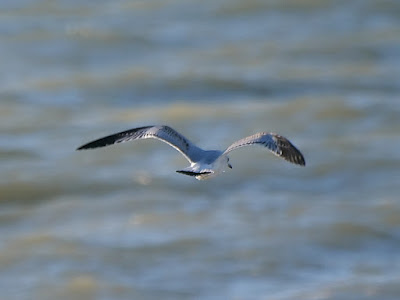 Tuesday 27 December. A family trip to Petworth. No sign of any Goosanders on the northern lake, in fact not much at all with Green Woodpecker and Mistle Thrush best.

Wednesday 28 December. Nothing of note on a wet walk with Megan and Cookie to Buckingham Park.

Thursday 29 December.  Megan and I took Cookie around the Adur seeing a Shelduck, 90 Lapwings, 2 Grey Plover, 3 Dunlin, Kingfisher and Red Kite. While getting ready to go out a Sparrowhawk had flown low over our road scaring the local sparrows, starlings and a few pigeons.

Friday 30 December. Cookie and I tried seawatching from Widewater but conditions were terrible with nowhere to shelter from a strong S wind and driving rain. Seeing 3 Little Grebes seemed an achievement in the circumstances.

Saturday 31 December. Megan and I took Cookie to Brooklands where we saw the immature male Shoveler, a bedraggled Buzzard, 12= Long-tailed Tits, Chiffchaff, Goldcrest and 22 Goldfinches.

Posted by richard fairbank at 19:50 No comments:

Tuesday 13 December. I took Cookie to Dacre Gardens and we walked a circuit down the Adur, across to Coombes and back via Botolphs. I saw 22 Lapwings, 5 Golden Plover flying high SE, single Common Snipe, Common and Green Sandpiper and Redshank, Red Kite, 2 Buzzards, 2 Green Woodpeckers, Peregrine, 6 Fieldfares, a Redwing, 8 Song Thrushes, Stonechat, 2 Grey Wagtails, 5 Linnets and 6 Goldfinches. The Golden Plovers and Green Sandpiper were my first locally for some years and with the winter thrushes provided some evidence of a cold weather movement. 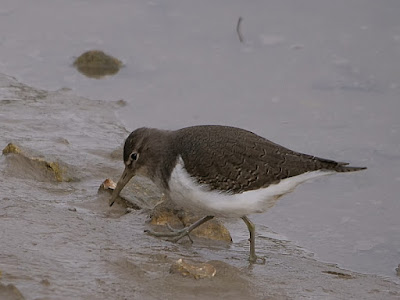 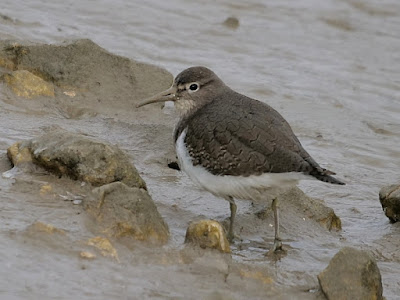 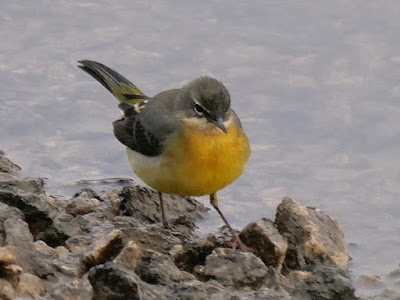 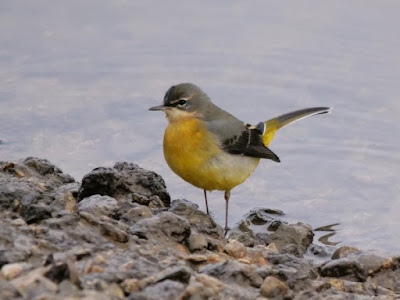 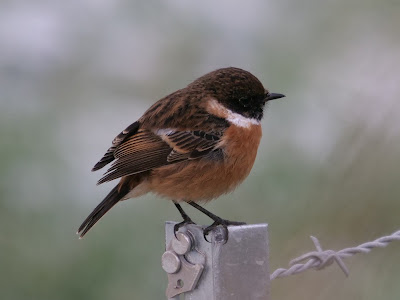 Wednesday 14 December. Megan and I took Cookie to Widewater and walked along to Lancing Beach and back. We saw 8 Great Crested Grebes on a flat sea, 22 Lapwings that flew high west along the coast, a Sparrowhawk and one or two male Stonechats. Better than recent visits but not particularly special, that was until almost back at the car I noticed a white bird on the beach. It was a Cattle Egret looking rather out of place. Matt Palmer cycled from Hove for it, by then it had moved but he refound it on Adur Rec. 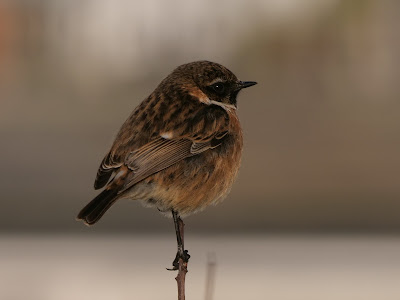 Thursday 15 December. We collected Nessa from Peckham, Cookie came too. Really glad we don't live in London! Saw a couple of Buzzards along A23/M23 but nothing else remotely worth mentioning.

Friday 16 December. I cycled to the dentist in Hove seeing a pair of Stonechats just east of Hove Lagoon. Six Teal were the only birds of note during an afternoon walk by the Adur.

Saturday 17 December. Another walk by the Adur but only a Grey Plover and Kestrel of note.

Sunday 18 December. A thoroughly unpleasant day. Our solar panels hit an all time low (since their installation in mid February) generating just 0.06 kWh all day.

Tuesday 20 December. I took Cookie to Shoreham Fort where we saw single Turnstone and Sparrowhawk, 3 Meadow Pipits, 11 Greenfinches and 7 Goldfinches. Later there were 70 Lapwings, my first local Black-tailed Godwit this year, Kingfisher and Kestrel.

Wednesday 21 December. Mill Hill produced a single Kestrel. One of my quietest visits ever.

Friday 23 December. Watching over the Adur saltings with Cookie for an hour as they were flooded by a good high tide produced 33 Teal, 2 Curlew, at least 132 and probably 166 Common Snipe (my highest count for several years), 37 Redshank, the wintering Greenshank and 7 Reed Buntings. We continued on to Shoreham Fort hoping to see Purple Sandpiper but failed again. A Kingfisher was some consolation but only 2 Greenfinches were seen. We continued to Widewater and walked along to Lancing Sailing Club. The tide was still high and we hoped to see some roosting waders but only found a Ringed Plover with 15 Turnstones on the groynes. 2 Gannets flew west, 5 Little Grebe were on the lagoon and a male Stonechat was by the Widewater car park. Late afternoon with the tide halfway out but no sandbanks visible it was no surprise there were few gulls about. I did see the Kingfisher from a few days ago again, 50 Lapwings and a Grey Wagtail. 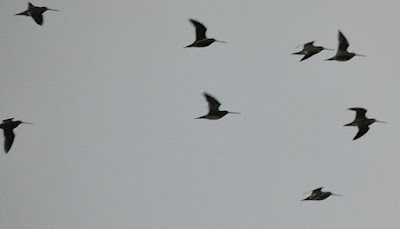 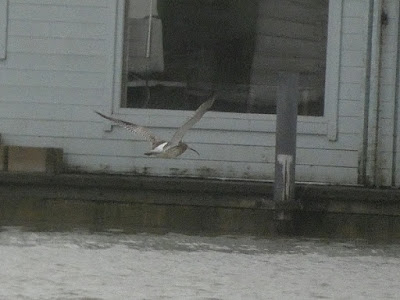 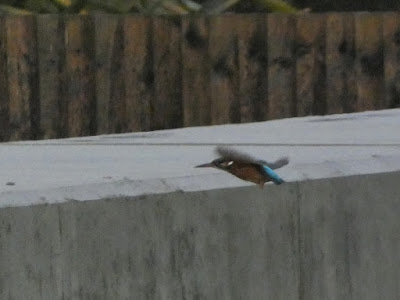 Saturday 24 December. Megan and I took Cookie to Buckingham Park where we saw 2 Jays, a Goldcrest and 2 Mistle Thrushes. One of my better visits! We came back via the allotment to pick some sprouts and saw a Chiffchaff.

Posted by richard fairbank at 18:02 No comments:

Friday 09 December. Cookie and I walked down the Adur from Dacre Gardens to Cookoos Corner and back. We saw 34 Lapwings, 3 Common Snipe, 2 Common Sandpipers, Buzzard, Kingfisher (twice), Peregrine, Jay, 3 Skylarks, 7 Song Thrushes, 4 Stonechats and a Rock and 15 Meadow Pipits. 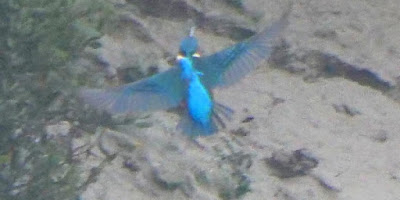 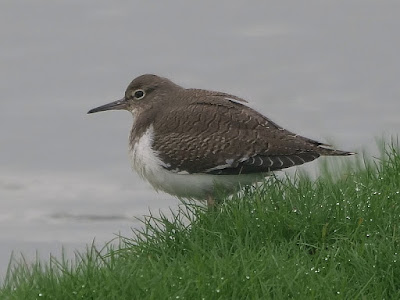 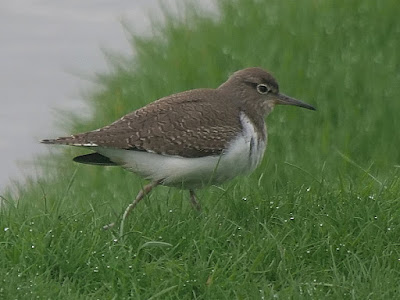 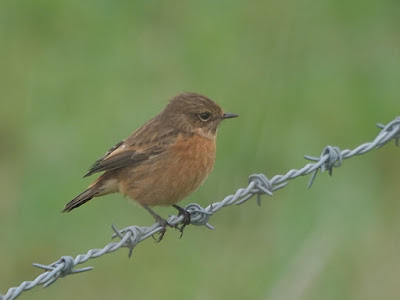 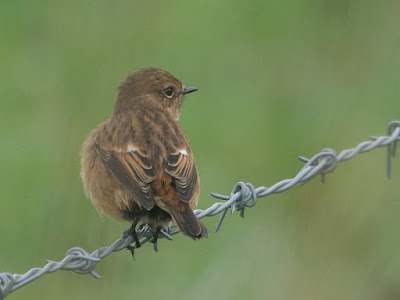 Saturday 10 December. Megan, Cookie and I walked around the Adur by the airport seeing 2 Grey Plover, 19 Skylarks, a male Stonechat and a Rock and 7 Meadow Pipits. 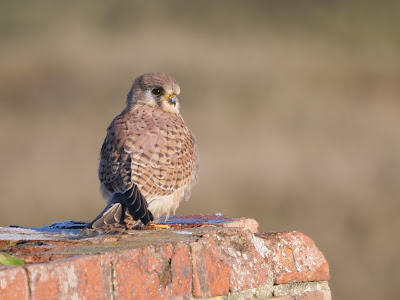 Sunday 11 December. Megan was going up to London but with a shortage of drivers for the rail replacement bus service from Shoreham to Brighton Cookie and I drove her over. Being part way there we continued on to Seaford Head and South Hill Barn. We walked down to Harry's Bush and Vanguard Way and spent almost 3 hours looking through the roosting gulls. For a while Jon Curson, Nick Pope and Brillo joined us but left as the weather  deteriorated. There were almost 1000 large gulls present, the majority (700+) Great Black-backs. Over 100 Herring Gulls included an obvious argentatus while amongst 100 Lesser Black-backs was an individual colour-ringed in Suffolk. Tucked away in the flock were also at least 3 Yellow-legged and 3 Caspian Gulls (2 first-winters and an adult). Also noted were 400 Wigeon, 2 Common Snipe and a Green Sandpiper. 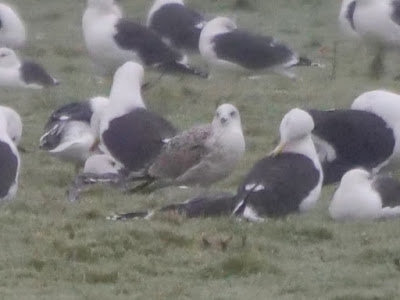 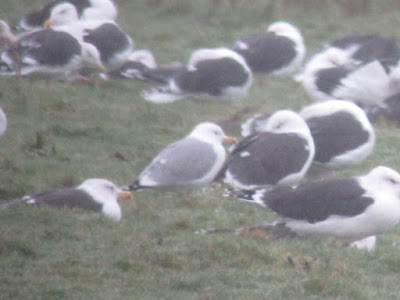 Monday 12 December. Megan, Cookie and I visited Buckingham Park hoping for a few winter thrushes but only saw a Great Spotted Woodpecker. The Lord Derby's Parakeet was heard on the walk home and seen briefly on the chimney of Tesco Express.

Posted by richard fairbank at 20:17 No comments: