Sunday 29 June.  Megan and I walked from Crowlink to Belle Tout and back.  lovely views and lots of common flowers and butterflies but birds were few and far between with a loose flock of 77 Swifts heading west along the cliff the most notable sighting.  Later 11 were chasing each other low over our road.  Evening low tide on the Adur was better than recent visits with an adult Mediterranean Gull flying up the river before heading west over the airfield and two presumed limosa Black-tailed Godwits on the river by Ricardos. 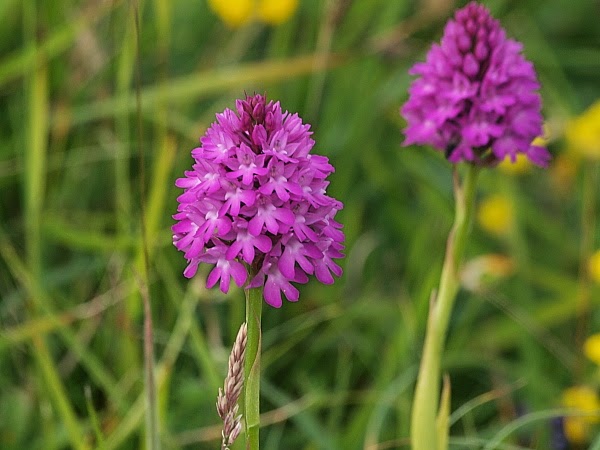 Saturday 28 June.  Morning and evening low tide visits to the Adur were unproductive although 2 juvenile Black-headed Gulls were the first I've seen this year.  35 Swifts were huntinng over the airfield and later 15 were over our road.  An afternoon walk around Rackham with Megan was expectedly quiet with a family of 5 Mistle Thrushes in Parham Park best. 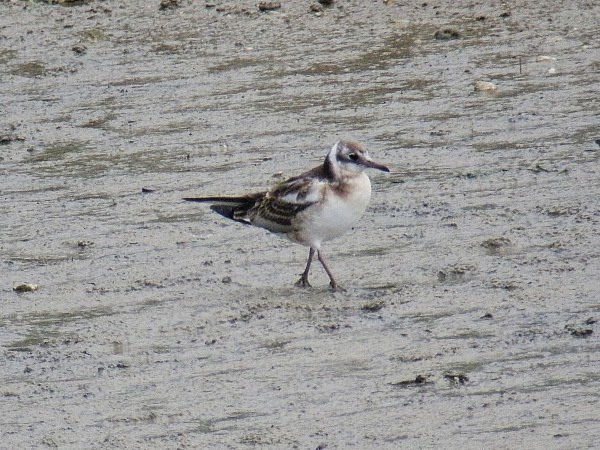 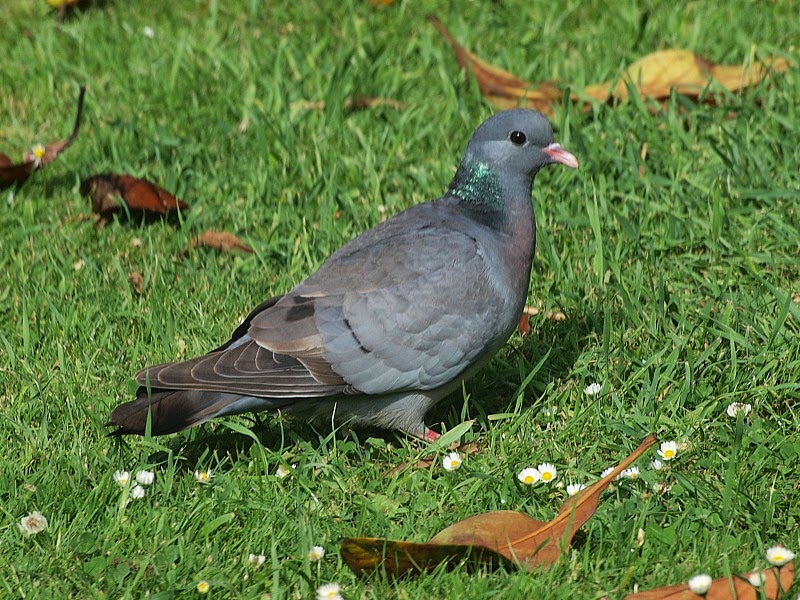 Monday 23 -Friday 27 June.  Up to 12 Swifts were screaming over our road each evening.  The first-summer Black Redstart was singing and seen briefly by Southwick Power Station on Monday morning but not since.  Likewise a Peregrine on the chimney while a single Ringed Plover was on the beach on three mornings.
Posted by richard fairbank at 23:06 No comments: 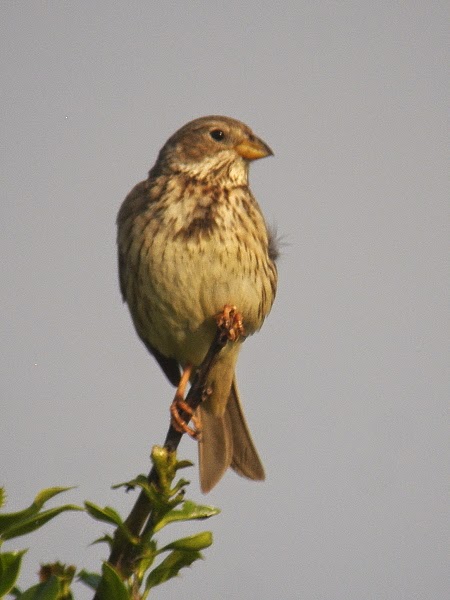 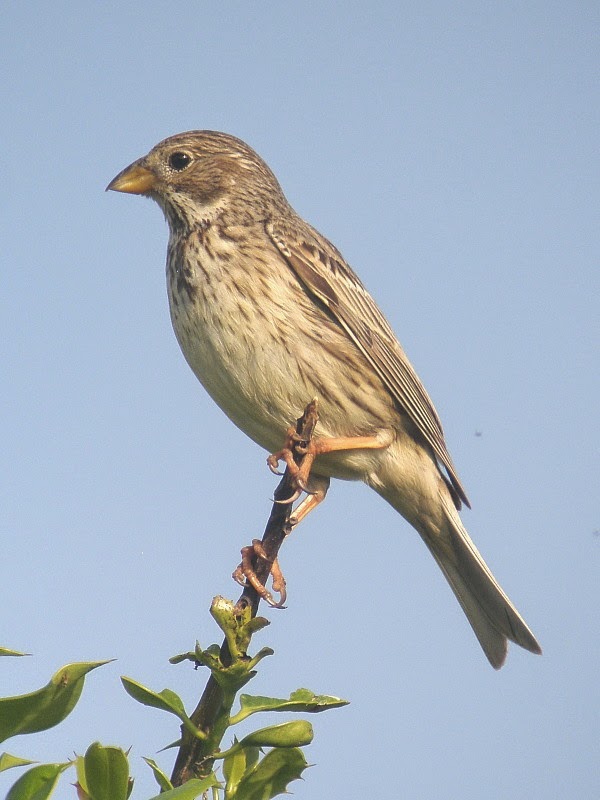 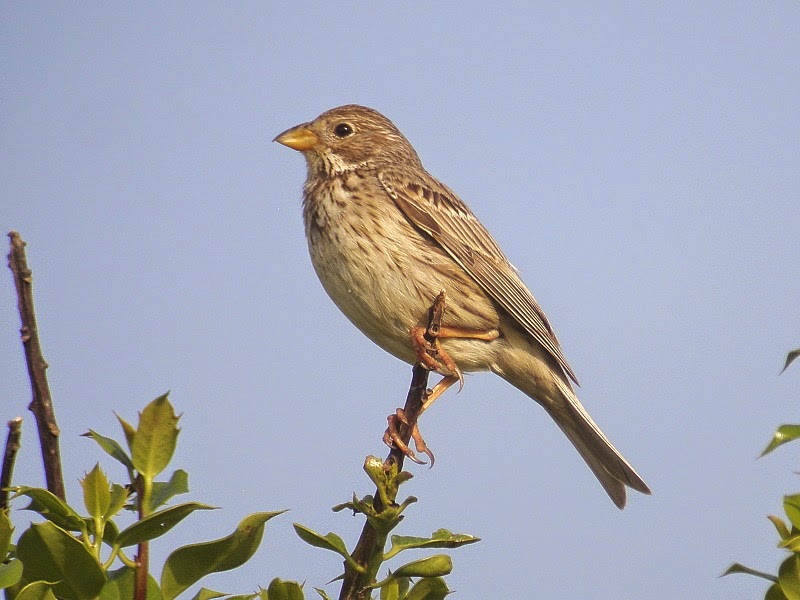 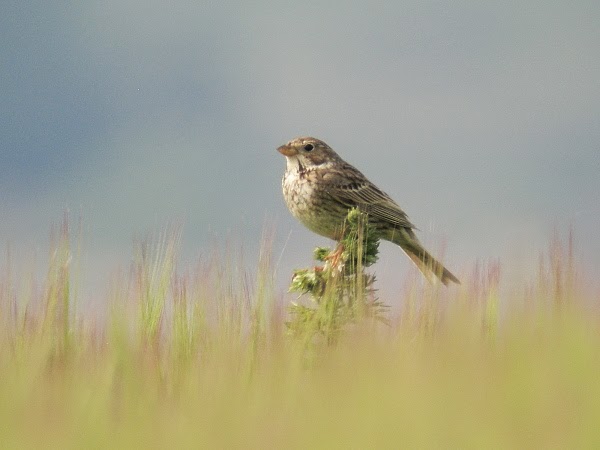 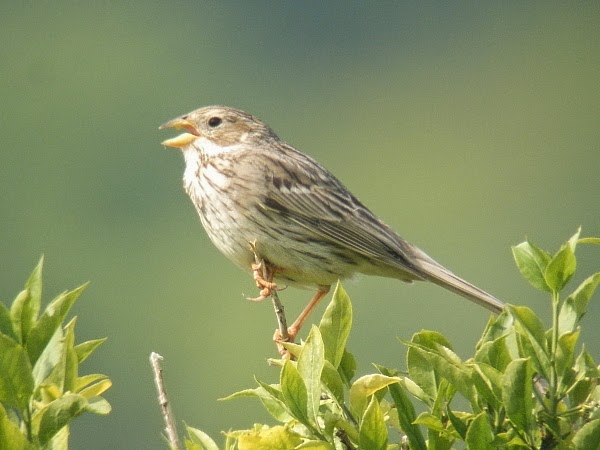 Posted by richard fairbank at 23:21 No comments:

Saturday 21 June.  Most of the day in Ashdown Forest, first Gills Lap then Old Lodge and finally the old airfield south of Long car park.  The Short-toed Eagle was on view for much of the morning at Gills Lap flying, hovering and perched, sometimes close but often up to a mile distant.  I saw it catch two small snakes but missed it with a larger one.  It circled very high and headed south quite purposefully until it was lost to view soon after mid-day. We then walked around Old Lodge seeing the expected birds and a few dragonflies and were just leaving for Long car park when we heard that the eagle had reappeared there.   Today the journey was more "Take it easy" than "Desperado" when I did the same journey on Sunday.  Following JK then "Life in the fast lane" seemed apt.  When we arrived it was slightly obscured sitting in the top of a tree about half a mile away where it remained for half an hour before giving more flight views.  A superb day, I also saw Wood Lark, 2 Tree Pipits, 2 male and 5 juvenile Redstarts, Spotted Flycatcher, 4 Stonechats, Marsh Tit, Jay, Siskin, 2 Crossbills and a male Bullfinch.  A Nightjar was heard a couple of times late morning as were several Redpolls.  Excellent company and nice to see a few old friends.

Is the eagle the best bird ever seen in Sussex?  It is certainly up there although I would probably give that accolade to the Ecclesbourne Glen Wallcreeper.  The Beachy Black & White Warbler and Cissbury Gyrfalcon (not that I saw it) are also stand-out birds while I was quite taken with the Pett King Eider and the Newhaven Pied Wheatear.  Maybe it isn't such a bad county after all! 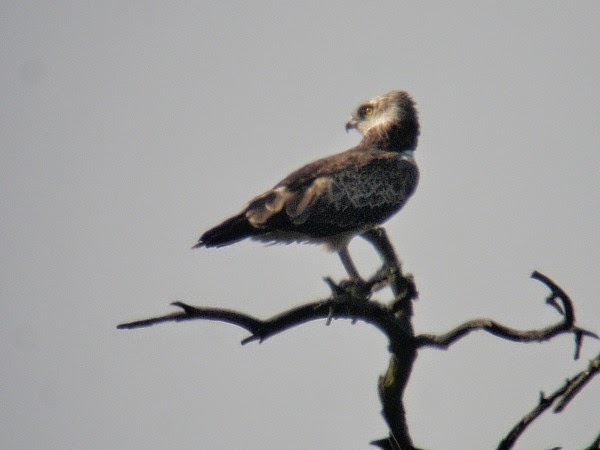 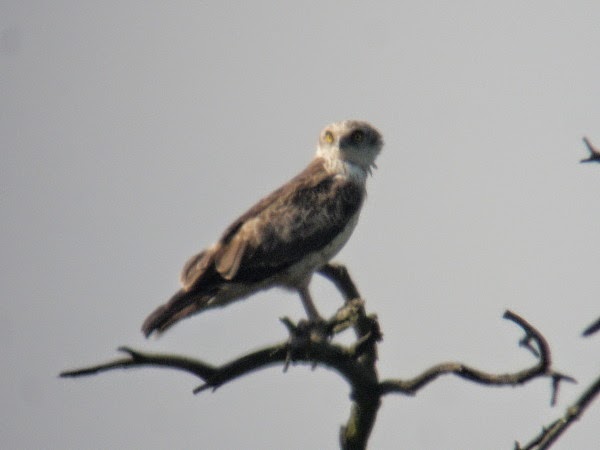 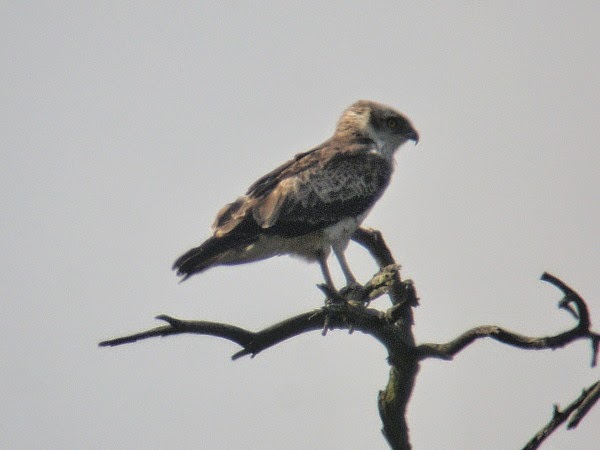 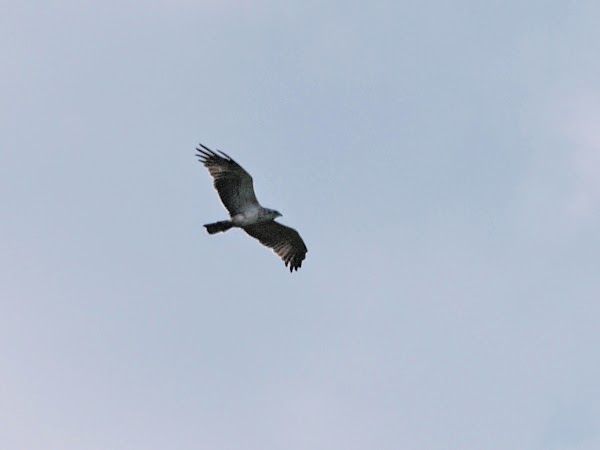 Monday 16-Friday 20 June.  The Black Redstart near Southwick Power Station was heard briefly on Monday & Tuesday but not for long enough to be sure from where it came although normal hearing from one ear only makes it hard for me to pin sounds down.  I did better Friday morning when it was singing more enthusiastically and I located it on a lighting gantry, a second-year bird.  It was singing briefly on my way home but not from the same place.  North Thames Herring Gull K4DT was on Southwick Beach on Monday evening, 3 Sandwich Terns offshore on Wednesday and up to 15 Swifts over our road each evening.
Posted by richard fairbank at 20:49 1 comment:

Early heavy rain on Saturday caused me to delay a Corn Bunting survey.  No such issues on Sunday and I spent 3.5 hours around No Man's Land with singing birds in 2 of the 4 territories previously found in my area and one new one.  Also 3 Red-legged Partridges, 31 Stock Doves, 28 Swifts, at least 14 Sky Larks, just one Meadow Pipit, Bullfinch and 6 Yellowhammers.

An afternoon dash to Ashdown Forest following calls from John King and David Cooper (thanks both, what a day to leave phone and pager at work)  wasn't helped by slow traffic around Brighton (London-Brighton bike race, bloody cyclists!) and me misremembering where Gills Lap was (just after Old Lodge not before).  The bird had drifted west out of sight so we relocated to Old Lodge which gave a better view of that area and DC soon picked it up over a distant ridge.  I had three satisfactory views and then went around to Long car park and the old airfield where it had been in a tree.  I saw it very well a bit further down the valley but annoyingly had forgotten my camera.  It came up behind some near trees and spend 10-15 minutes slowly climbing higher, occasionally hovering and then drifted off east.  Other birds seen included Hobby, Wood Lark and Tree Pipit. 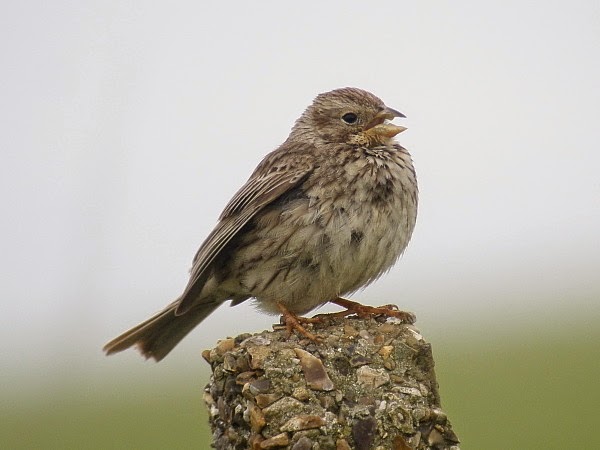 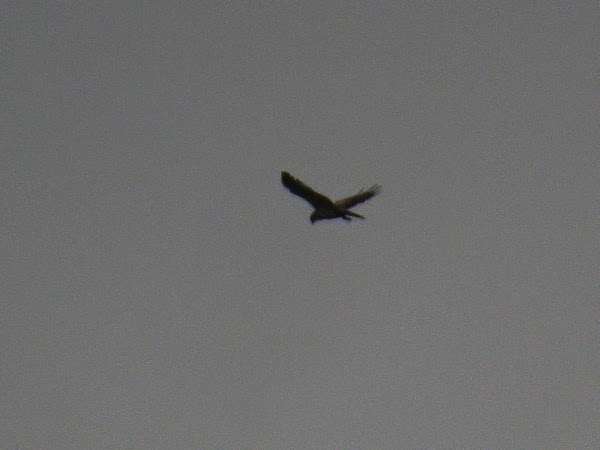 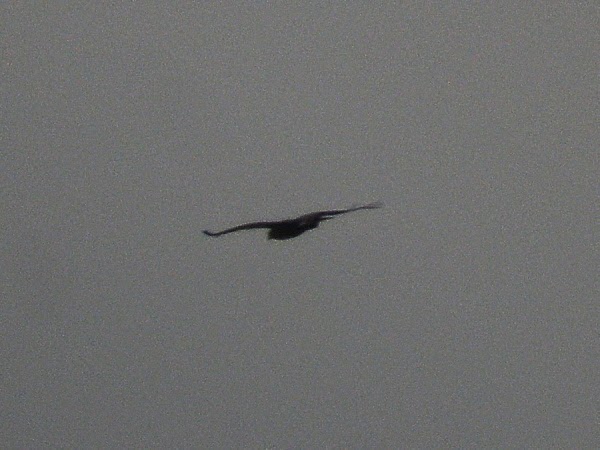 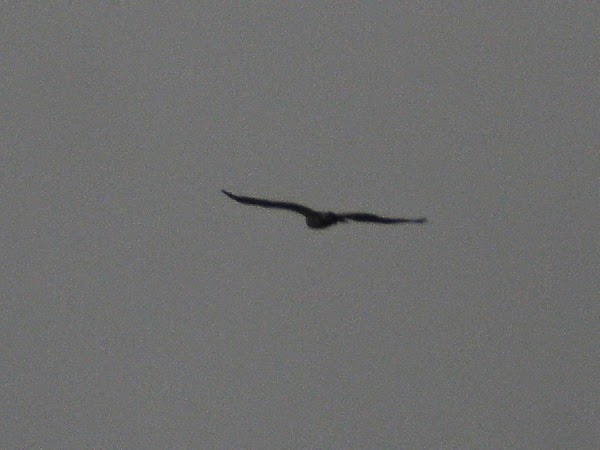 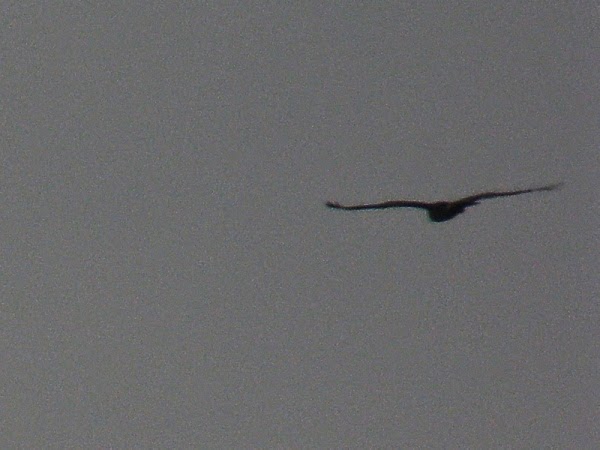