A family holiday based in scenic Saarburg, with day trips to Luxembourg and Trier, provided opportunities for birding in the local forests but none for photography.  A Pine Marten heard climbing up a tree trunk and then spotlighted high in a pine one evening was my best sighting although I also saw a Honey Buzzard, 2 Red Kites, lots of Black Redstarts, 2 Firecrests, 3 Pied Flycatchers, 3 Willow and 10 Crested Tits, 5 Short-toed Treecreepers and 2 Serins.  12 Great Skuas were seen from the Calais to Dover Ferry on 30th heading west in very calm French waters.
Posted by richard fairbank at 12:48 No comments:

Friday 5 August.  The Black Redstart was singing again at Parker-Steel, Shoreham Harbour.  What turned out to be the last Swift was seen over Crown Road in the evening.

Sunday 7 August.  A distant Mediterranean Shearwater the only bird of note at an unexpectedly windswept Beachy Head.  Seawatching at Birling was possibly the coldest I’ve been in Sussex in August.  John King and I then covered the more sheltered areas on the Head to no avail.  A Purple Sandpiper was seen with Megan on the eastern side of Shoreham Harbour in the afternoon, my earliest returning bird by at least two weeks.

Tuesday 9 August.  A Sanderling and 18 Turnstone were seen on a brief visit to the eastern side of Shoreham Harbour after work but no sign of the Purple Sandpiper.  A juvenile Peregrine, as most days this month, was on the Power Station chimney nest-box.

Saturday 13 August.  2 Lesser Whitethroats and 16 Whitethroats at a quiet Mill Hill.  Went to Pulborough with Megan in the afternoon seeing 2 Ruff, Wood and 8 Green Sandpipers distantly (M not overly impressed!).  A evening visit to the Adur produced colour-ringed Herring Gull MAY and 2 Sandwich Terns by the airfield.
﻿﻿

Monday 15 August.  2 Wheatears on Southwick Beach and the juvenile Peregrine on the Power Station chimney.

Friday 19 August.  Another 2 Wheatears on Southwick Beach and the juvenile Peregrine on the Power Station chimney.

Saturday 20 August.  A day in the far west with John King.  We started at Pagham (Church Norton, Sidlesham Ferry and North Wall) where highlights were juvenile Marsh Harrier, 2 Whimbrel, leucistic Curlew, 11+39 icelandica Black-tailed Godwits, 2 Spotted Redshank, Green Sandpiper, 4 distant Yellow-legged Gulls, Kingfisher and Redstart.  On to Fishbourne where the tide was coming in and lots of birds were evident although waders were a bit disappointing with 3 Greenshank and a Green Sandpiper best although at least 256 Mediterranean Gulls were brilliant.  Finally at Thorney the Cattle Egret was seen well (and then badly), the Osprey distantly in horrible heat haze and another 40+ Mediterranean Gulls didn’t quite push the day total to 300. 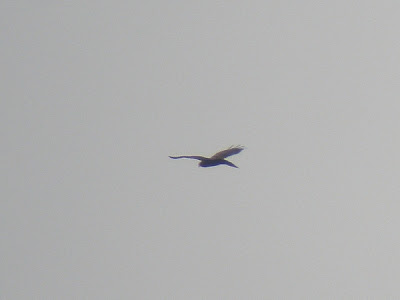 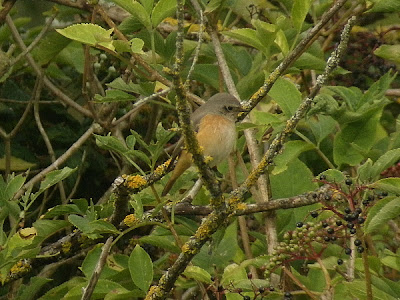 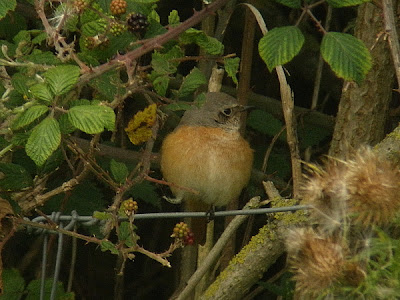 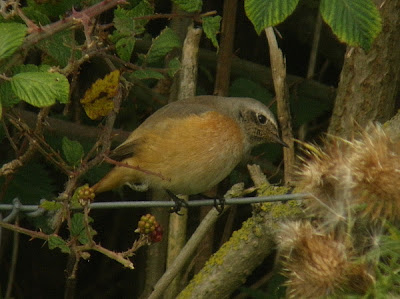 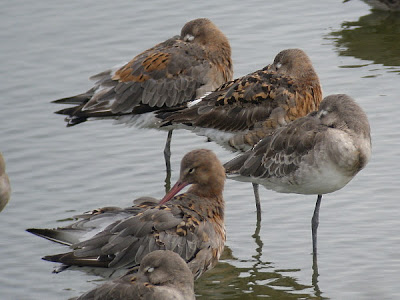 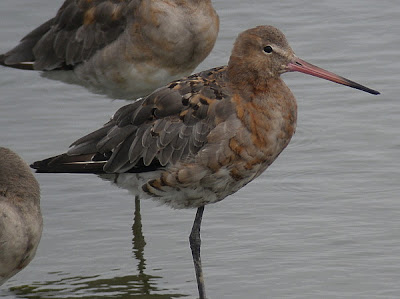 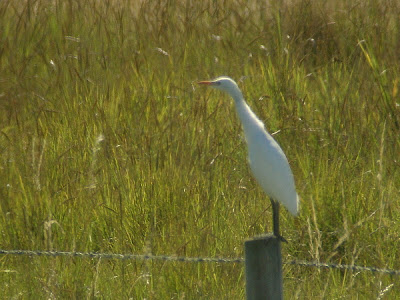 Sunday 21 August.  A pleasant morning at Beachy with John King where birds were patchy at best.  Light wind and clound made viewing conditions perfect although the wind picked up during the morning.  Our better sightings were a brief Marsh Harrier, Quail (flushed from beside the Cliff Path), 110 House Martins, 2 Tree Pipits, 12 Yellow Wagtails, 4 Redstarts, 5 Whinchats, 8 Wheatears, 7 Reed and 2 Sedge Warblers, 3 Lesser Whitethroats, 69 Whitethroats, 3 Blackcaps and a Garden Warbler.  Disappointingly only 9 Willow Warblers were seen and not a single flycatcher.  My last visit to Beachy on 21 August, in 2005, produced Wood Warbler and 12 Pied Flycatchers.  Mid afternoon Megan & I cycled up Mill Hill where 10 Swallows and a Kestrel competed with a Flying Fortress, 2 Mustangs, 2 Hurricanes, 2 ME109s, 3 Spitfires, a Swordfish (with torpedo) and a Sea Vixen.  We just caught the back end of a Lancaster and 2 more Spitfires as we arrived. 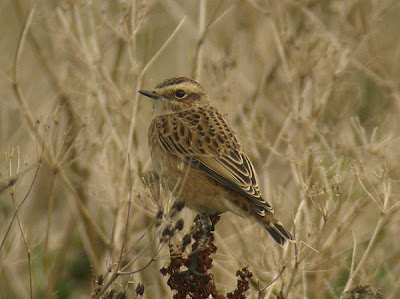 Monday 22 August.  Two Wheatears on Southwick Beach and the juvenile Peregrine on the Power Station chimney.
Posted by richard fairbank at 13:57 No comments: