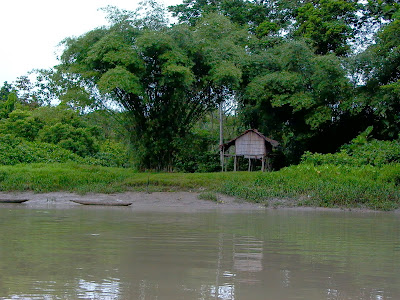 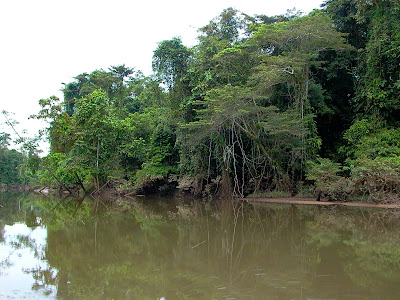 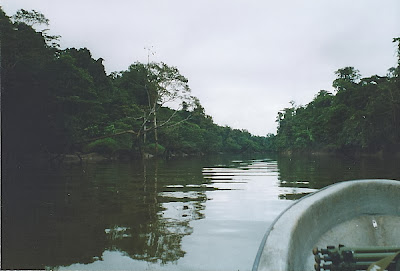 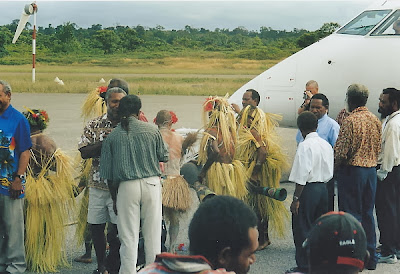 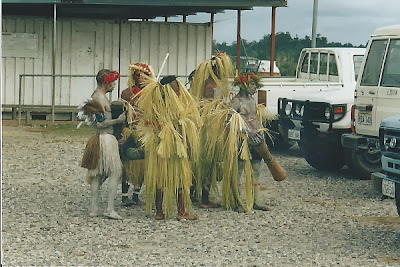 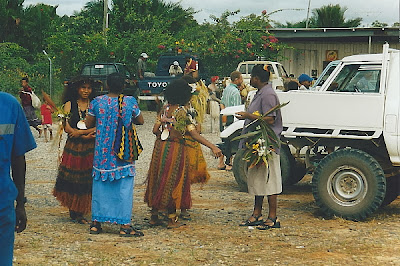 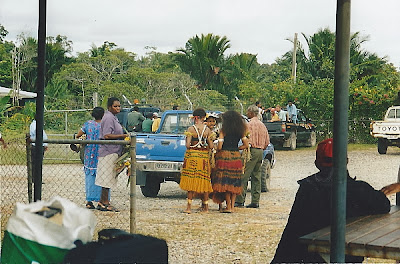 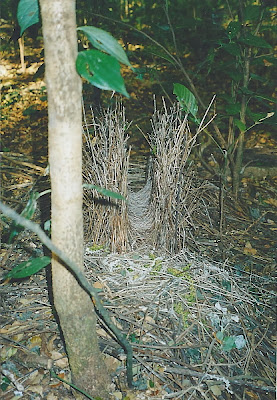 26 June 2004.  There was no let up in the rain and the day was a complete write-off.  Fortunately our day at Varirata had been a good one but frustrating not to get a couple more like it, although perhaps the birds knew what was coming and had been particularly active for us then?  It was a disappointing finish to an otherwise very enjoyable trip although Mike and Janos were going on to Manus for a few days to look for Superb Pitta.  That was something I wished I was doing too but I’d been fortunate to get the time off work as it was, maybe next time ...
27 June 2004.  It was still raining hard when we flew out of the country on the last morning.  Another couple of hours outside Cairns Airport in much nice weather produced 7 Black-fronted Dotterel and 20 Straw-necked Ibis with 2 House Crows seen in Singapore.  It had been a very enjoyable trip with many of my target species seen (King, King of Saxony, Blue and 12-wired Birds of Paradise, Carola’s Parotia, Southern Crowned Pigeon, Hook-billed, Shovel-billed, Yellow-billed and Mountian Kingfishers, Lesser Melampitta, Spotted Jewel Babbler and Mountain and Feline Owlet-Nightjars).  Very many thanks to Jon Hornbuckle for inviting me along and he, Dave and Martin Hunnybun, Janos Olah, Mike Watson and Tamas Zalai for being such good companions.  Thanks too for Mike for putting together a compilation CD of photos, none of which I took but many of which I’ve included in this blog.
[blogged November 2013]
Posted by richard fairbank at 22:34 No comments: