07 February 1983.  Caripe.  We travelled by bus from Puerto de la Cruz east along the coast and then inland to Caripe.  We walked the last few kms to the Oilbird cave seeing Scarlet-fronted Parakeet on the way.  The cave was damp and smelly with large piles of guano under the ledges the Oilbirds were breeding/roosting on.  It was easy to imagine armies of creepy-crawlies scurrying around in the dark and I was pleased to have reasonable views of such a unique species and getting back into the fresh air.  Sitting below the entrance at dusk as thousands of Oilbirds flew out was an amazing site and much more to my liking.  We camped within earshot of the cave entrance and heard Oilbirds throughout the night which was magical.

08-09 February 1983.  El Hatillo.  We left the Oilbird cave at Caripe early and walked back to the nearest town seeing Bicoloured Wren and Pileated Finch along the way.  We returned to Puerto de la Cruz and from there another bus took us a short distance west along the coast to Clarines and we arrived at the lagoon of El Hatillo mid afternoon.  The area was full of pelicans, cormorants, frigatebirds, herons, waders (including Wilson’s Plovers), terns and skimmers with birds being generally much more photogenic than elsewhere on the trip.  We slept in the dunes and were birding from dawn the next morning.  If anything it was better than the previous evening and we found Ring-billed and Lesser Black-backed Gulls, both species appeared to be new for Venezuela, although perhaps not totally unexpectedly so.  We dragged ourselves away as the temperature started to climb and returned to the main road where we did not have to wait too long for a Caracas bus.  We got off at Guatire before dusk.  It was just outside Caracas and somewhere we felt happier crashing out – more than one night on a deserted city lot might be pushing out luck too far.  We walked to the edge of town and found somewhere quiet to camp. 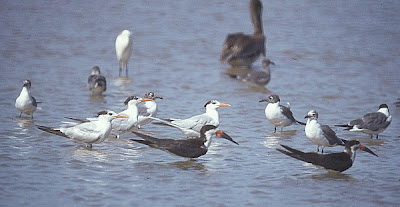 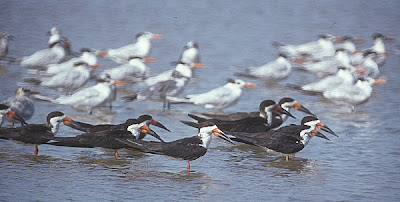 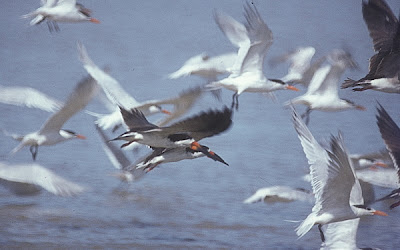 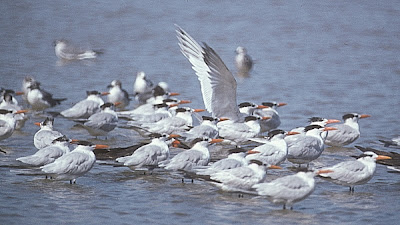 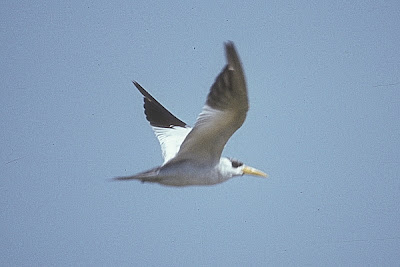 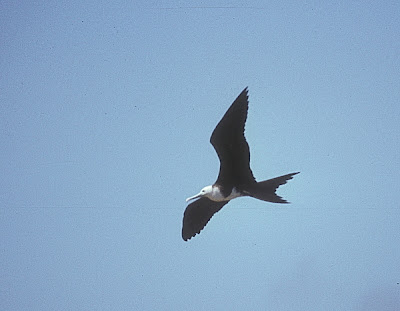 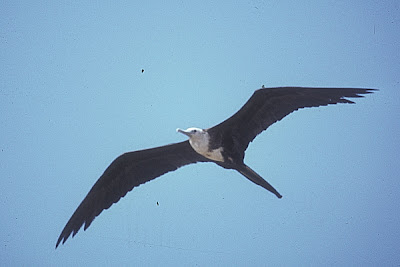 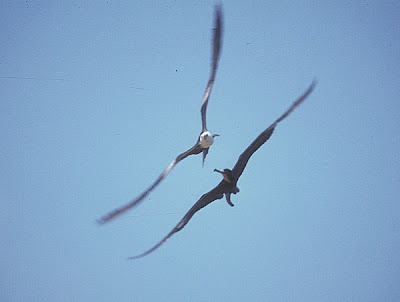 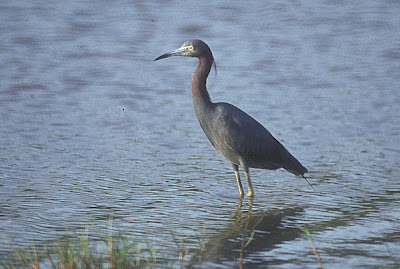 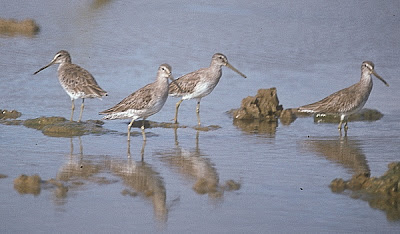 10-12 February 1983.  Colonia Tovar.  From Guatire we caught local buses into Caracas and then to Colonia Tovar where we spent two nights, birding mainly along the roads outside of the town.  Birds seen included Black Hawk-Eagle, Chestnut-crowned Antpitta, Plush-capped Finch, Chestnut-capped Brush-Finch and Yellow-billed Cacique.  On 12th we walked back into town and caught a bus to Maracay and from there to Rancho Grande in Henri Pittier National Park.  The research station was open but Andy Field, a British research botanist contact we’d been given, was no’t there.  Believing we were good friends of his, a notion we did little to disabuse, the other researchers very generously found us a spare room to stay in.  Walking the tails on our first afternoon back produced superb views of Venezuelan Wood Quail, White-tipped Quetzal, Black-faced Ant-thrush and Handsome Fruiteater.

13-20 February 1983.  Henri Pittier.  Based at Rancho Grande we mainly birded the trails each side of the road and the road both sides of the pass, usually independently which is how Steve saw Helmetted Currasow well and I unfortunately didn’t, only getting a poor view of one running away on another occasion.  On 16th we did a day trip down to Occumare de la Costa, I climbed the trail to Pico Guacamayo and beyond on 13th and 19th and Pico Periquito on 17th.  Andy Field returned a few days into our visit and thought we were staying there because we were friends of the other researchers!  Fortunately we were not immediately evicted.  Andy was extremely helpful in telling us about the trails and regaling us with tales of how he got David Attenborough up 100 feet of ropes to his tree platform for the filming of Life on Earth.  We declined an offer to do likewise as it sounded decidedly hairy and I prefer my feet firmly on the floor - after all that is where the ground skulkers were.  It was with very great sadness that I learned three years later that Andy had died falling from the very same tree.  He was a really nice guy and had been very helpful to two unannounced and probably fairly obsessive visitors.  On 18th we met Chris Parish, an American birder living in Caracas, and had an enjoyable afternoon birding lower down the road to Maracay with him.  We reluctantly left Rancho Grande on 20th and birded our way down to km 8 where we camped.  Birds seen during our return visit to Henri Pittier included Venezuelan Wood Quail, Ornate Hawk-Eagle, Crested Guan, Lined Quail-Dove, Velvet-fronted Brilliant, White-tipped Quetzal, Short-tailed and Black-faced and Ant-thrushes, Scallop-breasted and Plain-backed Antpittas, Grey-throated Leafscraper, Scale-crested Pigmy-Tyrant, Handsome and Golden-breasted Fruiteaters, Nightingale Wren, Long-billed Gnatwren and Orange-billed Nightingale-Thrush.
21-22 February 1983.  Returning home.  On 21st we packed up, birded the dry forest/scrub around km 8 seeing Amethyst Woodstar, Spangled Coquette, Red-rumped Woodpecker, Barred Antshrike, Long-billed Gnatwren and Golden-winged Sparrow.  We continued into Maracay where we caught a bus to Caracas and another out to the airport.  We flew home with Viasa via Madrid.  We’d had a very enjoyable, if at times quite hard trip, seen a load of good birds and managed minimal interaction with the locals (!!) although those we had encountered were mostly very friendly despite lacking a common language.  I’d particularly like to thank Steve for being an excellent travelling companion, I think we only had one disagreement on the whole trip.  Thanks too to the late Andy Field and the other researchers at Rancho Grande for their hospitality and to Mr Jeffries for allowing us to sleep in his garden.  Our two months away cost me just over £700 and I saw over 660 species of which over 600 were new.