My dad retired early from Southern Water in 1983 and took up a two year contract running the water department in Selebi-Pikwe, a nickel mining town in north-east Botswana.  Mum went too, leaving me at home to look after their house.  They joked (I hope!) that as they could not get me to leave home they felt forced to do so themselves.  A little unfair I thought as I had been away for four years while at University in Cardiff.  My younger sister Ruth, who was living in Luton, and I went out to visit them over Christmas 1984.  This blog recounts that visit and is based on my unreliable memories, rather scant notebook entries and degraded digitised slides.


Ruth and I flew overnight from Heathrow to Harare with British Airways.  We arrived in the morning of 20 December and in an hour’s stop-over around the airport I saw a few common species including my first Go-away-birds and a male Red Bishop.  We continued on to Bulawayo where mum met us, having driven up from Selebi-Pikwe that morning.  The road was good, with little traffic and we stopped briefly several times on the 100km section to the border to see birds in the roadside scrub.  Levaillant’s Barbet, Rufous-chested Swallow, Boulder Chat, Piping Cisticola, Southern Black Tit, Long-tailed Shrike and excellent Shaft-tailed Whydahs were all new while it was nice to renew my acquaintance with Grey-hooded Kingfisher, Lilac-breasted Roller, Scarlet-chested Sunbird, White-winged Widowbird and Golden-breasted Bunting that I had seen before in Kenya.  We crossed into Botswana, after which mum was noticeably more relaxed - she had been stopped on the way north that morning and the boot searched.  We were waved through going back and continued south, stopping briefly in the dry scrubby woodland before detouring to Shashe Reservoir, just off the main road south of Francistown.  Red-faced Mousebird, Long-billed Crombec, Mariqua Flycatcher, a stunning Crimson-breasted Shrike, Scaly-feathered Finch and Cordon-bleu were further new birds while Didrik Cuckoo, Rufous-crowned Roller, Brubru, Green-winged Pytilia and Cinnamon-breasted Rock Bunting were the best of the rest.  We rejoined the main road and turned off east to Selebi-Pikwe, finishing the journey in the dark and seeing a Gabon Nightjar on the road.  It was good to see mum and dad again.

21 December was a day catching up with mum and dad and wandering out into a scrubby area with a few kopjes (rocky outcrops) that their house backed onto on the edge of Selebi-Pikwe.  Brown Parrot, Sabota Lark, Kalahari Scrub-Robin, White-bellied Sunbird and Cape Glossy Starling were new birds for me and I also saw Jacobin Cuckoo, a superb Pearl-spotted Owlet, Little Bee-eater, Grey Hornbill, Levaillant’s Barbet, Familiar Chat, 6 migrant Spotted Flycatchers and 2 male Paradise Whydahs.

We visited the Motloutsie River and the local sewage pools on 22 December and, with an early wander into the scrub beyond the house, I saw over 100 species.  African Black Duck, Natal Francolin, an excellent White-throated Robin-Chat, much wanted Groundscraper Thrush, Tit-Warbler, a huge Grey-headed Bush-Shrike, Meve’s Long-tailed Starling and Jameson’s Firefinch were new for me.  Other highlights were Woodland Kingfisher, Broad-billed Roller, Green Wood-Hoopoe, Bearded Woodpecker, White-winged and Kalahari Scrub-Robins, Golden-breasted and Cinnamon-chested Buntings and an elephant shrew. 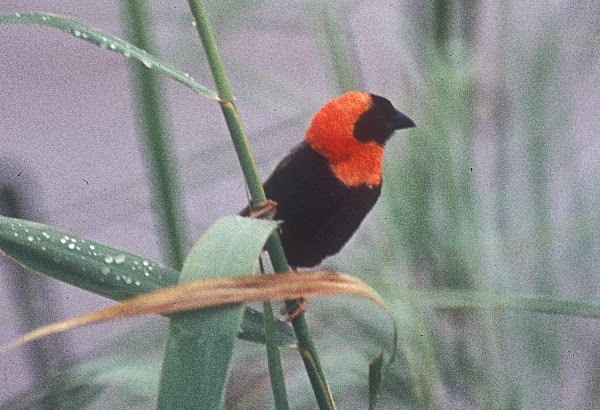 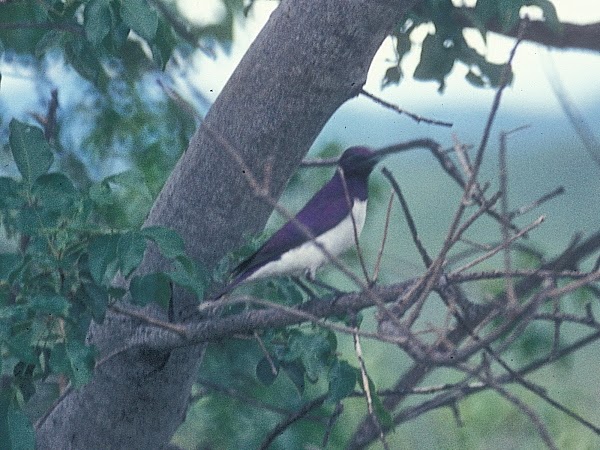 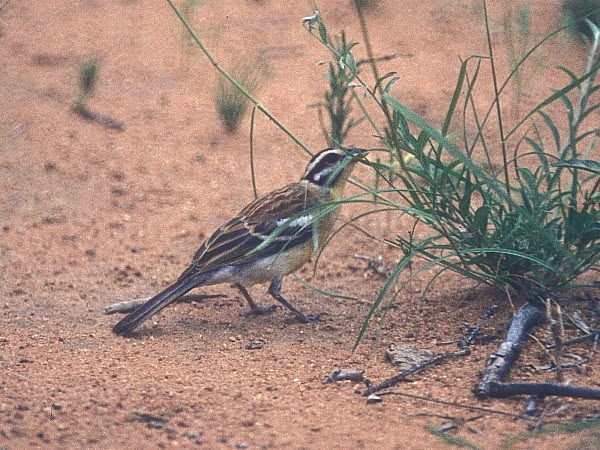 We returned to the Motloutsie River on 24 December although one of the day’s highlights was a Kurrichane Thrush in the garden.  My other new birds were Golden-tailed Woodpecker, Burnt-necked Eremomela and Southern White-crowned Shrike.  I also saw Lesser Flamingo, Southern Pochard, Wahlberg’s Eagle, several waders, Southern Carmine Bee-eater, Brown-headed Bush-Shrike and a male Golden Oriole as well as the more usual Scrub-Robins, White-throated Robin-Chat (a firm favourite), Groundscraper Thrush and Scaly-feathered Finches made this my most enjoyable day to date.

Christmas Day was a family affair but I managed to see 80 species walking around the kopjes behind the house and borrowing mum’s car to visit the mine pools.  Buffy Pipit, Barred Cameroptera, 7 brilliant Violet-eared Grenadiers and a Lark-like Bunting were all new with Brown Harrier-Eagle, 8 Temminck’s Coursers (one a juvenile), Collared Pratincole, 8 Southern Carmine Bee-eaters (4 adults & 4 juveniles), Chestnut-backed Finch-Lark, Groundscraper Thrush, Lesser Grey Shrike and Cut-throat also notable.  It was probably my best day for photography too with the car acting as a hide allowing close approach to various birds sat on roadside fence posts. 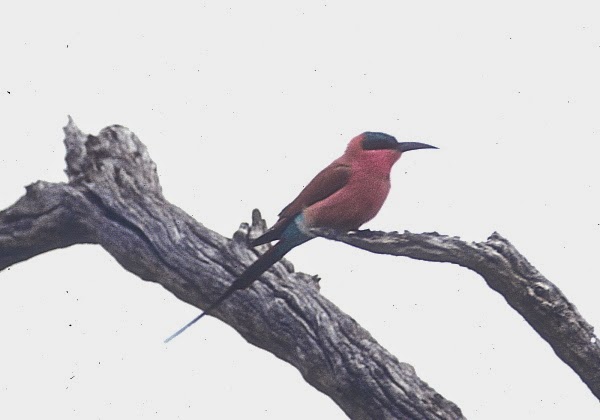 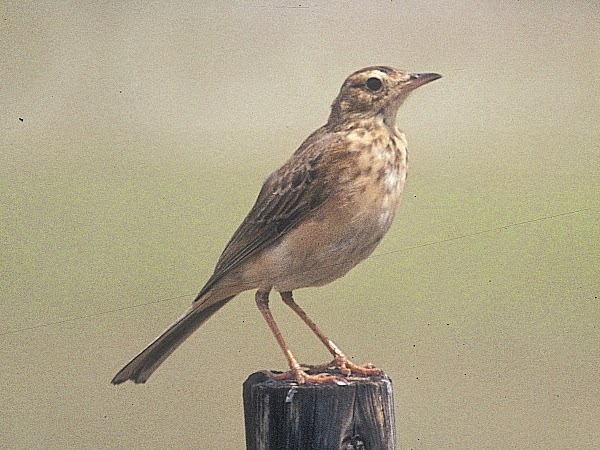 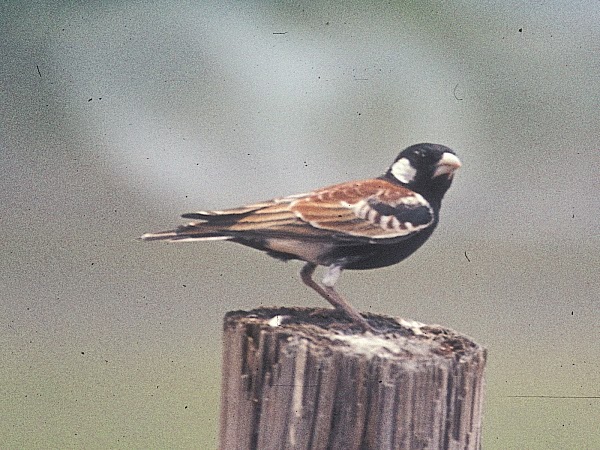 On 26 December we returned to the sewage pools and Motlousie River also visiting a nearby quarry.  I saw over 100 species including Levaillant’s Cuckoo and Bennett’s Woodpecker which were both new.  I also saw Arrow-marked Babbler and amongst the regular favourites White-winged Scrub-Robin, White-throated Robin-Chat, Grey-headed Bush-Shrike and Scaly-feathered Finch. 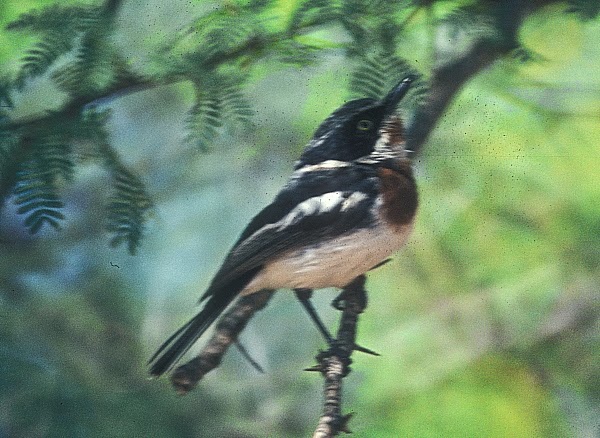 Dad found some pretext to visit Shashe Reservoir near Francistown on 27 December.  It was nice to visit a different area  change of scenery after almost a week in Selibe-Pikwe.  Afrcian Crake, Arnot’s Chat (a pair at km 70), Pied Babbler and Acacia Grey Tit were new while other highlights were a selection of herons including Little Bittern, Black Stork, Tawny Eagle, displaying Buff-crested Bustard, 10 Southern Carmine and 6 European Bee-eaters and Long-billed Crombec.


On 28 December mum took us to Monolinare, a dried up river with large overhanging tress where Verreaux’s Eagle Owls roosted.  We found one after much searching.  Other highlights on an otherwise low-key day were Black Cuckoo (keeping up my run of at least one new bird per day), Southern Carmine Bee-eater, White-throated Robin-Chat and Groundscraper Thrush. 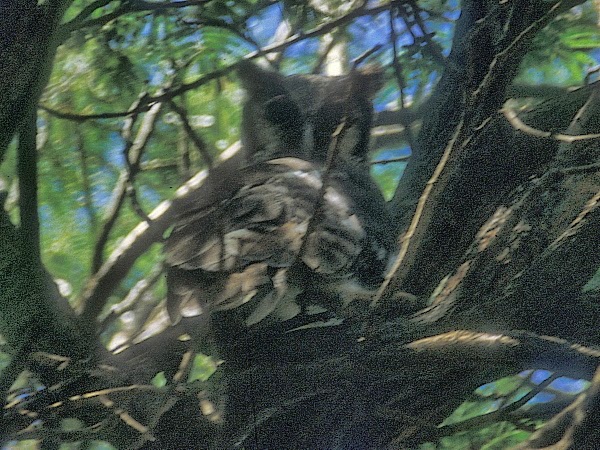 We revisited the mine pools on 29 December where Dusky Lark was my new bird of the day and other highlights were 85 Abdim’s Storks, 2 juvenile Kittlitz’s Plovers, Black Cuckoo-Shrike, Kurrichane and 3 Groundscraper Thrushes and Scaly-feathered Finch.

Posted by richard fairbank at 19:59 No comments: