November fizzled out rather quickly with a succession of fronts bringing wet and windy westerlies that did not encourage me to go any distance.

Thursday 19th.  A morning visit to the Adur where an adult Mediterranean was the only gull of note and not a sniff of a colour-ring.  42 Ringed and 4 Grey Plover were some compensation.  A quick look on Southwick Canal produced the Great Northern Diver rather distantly and two Peregrines on the Power Station chimney. I considered trying Shoreham Fort as it was high tide but unfortunately decided against it, later finding out Alan Kitson had seen a late Wheatear there.
Saturday 21st.  Two Brent Geese flying west over Southlands Hospital as I unlocked the car were a surprise.  It was to be the highlight of a disappointing morning with no sign of Alan Kitson's Wheatear at Shoreham Fort although a Purple Sandpiper was present despite the low tide.  No gulls of note on the Adur, just a female Wigeon.
Sunday 22nd.  A halfway decent seawatch from Shoreham Fort with small groups of Brent Geese moving (19E:135W), 4 Red-breasted Mergansers and a distant Common Scoter.  A flock of 80 starlings came in, flying low over the sea from some distance.  Later, with the weather improving, Megan and I walked around Beeding Brooks but it was quiet with a Stonechat, 12 Fieldfare and 7 Redwings the most exciting observations.

Wednesday 25th.  Megan and I walked from Widewater to Brooklands and back hoping for a late Wheatear or a Black Redstart but seeing little.  Black-headed Gull R3 was the highlight.
Thursday 26th.  Megan and I walked around Steepdown.  Superb views despite low cloud hanging over Truleigh Hill for much of the time.  35 Sky Larks, 20 Corn Buntings and 2 Reed buntings were feeding in the stubble and a pair of Stonechats were along one of the fences. I went down to the Adur for low tide seeing a new North Thames Herring Gull. 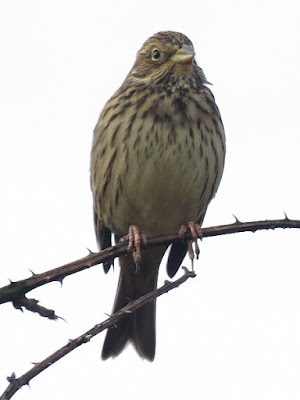 Saturday 28th.  A quiet morning on the Adur and at Shoreham Fort, livened only by a Kingfisher.


Sunday 29th.  Much better today with a Slavonian Grebe on the sea off Widewater where three Little Gulls flew east during an hour or so seawatch.  Little else was moving in the rough weather but three Red-breasted Mergansers were on the lagoon.  Over 1000 gulls were on the Adur including an adult Mediterranean and two repeat colour-rings.
Monday 30th.  A couple of hours watching gulls on the Adur as the tide came in this morning produced two Mediterranean and five colour-ringed birds, three of the latter that i had not recorded before.

Posted by richard fairbank at 15:23 No comments:

Wednesday 18th.  I visited the Adur for a couple of hours around low tide hoping the strong winds might have brought something interesting in.  Nothing particularly unusual but at least 5 Mediterranean Gulls, 4 adults and a second-winter, was a very good count here for me.  A selection of ringed gulls proved rather frustrating.  Single adult Black-headed, Common and Herring Gulls with metal ring had either lost their colour-rings or not been fitted with them.  If the latter the chance of learning anything from them is surely negligible.  A Common Gull with a white ring, possibly Norwegian, was obscured by another gull before I could read it and all the gulls were then flushed by a Sparrowhawk.  I did not see it again despite an hour in the area looking at the sitting gulls hoping, if it were still there, it might stand up.  A local Herring Gull was standing in a shallow depression sufficiently deep to hide the final character.  I suspect it was A2FA which I have seen on the Adur in December 2010, November 2011, November 2012 and November 2014.  Of the 5 rings I did read two were Great Black-backs and three North Thames Herrings.  Also on the Adur were 4 Grey Plover, my first of the winter, and a Little Grebe. 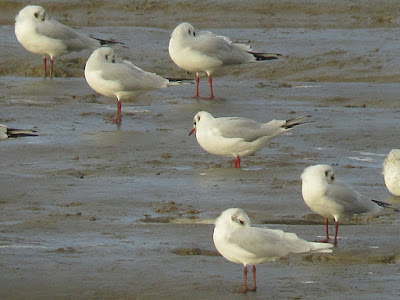 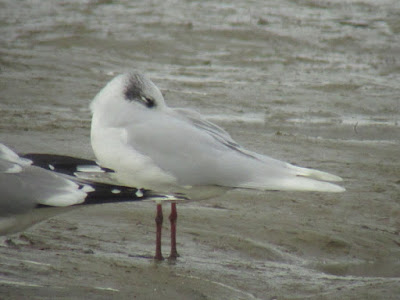 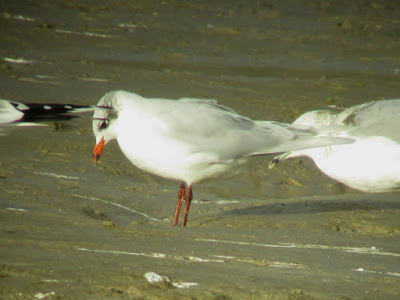 Sunday 15th.  Seawatching from Widewater between 07:50-08:50 produced 32 Gannets and single Pintail, Red-breasted Merganser and adult Mediterranean Gull flying west. Going through the gulls on the Adur with David Buckingham added 7 new readings for me although 3 were opposite Ricardo's rather than the Airfield presenting a minor dilemma - should I extend my core area to be from the flyover and not the Old Toll Bridge to the railway bridge? As well as 8 colour-ringed Herring Gulls there was an adult Mediterranean Gull and a Kingfisher.

Posted by richard fairbank at 17:25 No comments:

Saturday 14th.  This time it was John King's turn to drive as we returned to Chesterfield. Neither of us were very confident after Wednesday's non-appearance but going and missing it seemed a lesser evil than not going and it being seen.  We arrived at 07:30, stood around looking at the crooked spire and chatting to friends amongst the 200+ birders present (Andy Clements, Paul Noakes, Nick and Russell Gardner, Steve Smith, Steve and Richard Webb),  some I had not seen in years. At about 10:45, and long after most of us had given up, the bird suddenly appeared over the church and proceeded to shoot around at high speed pretty much continually until 12:00 when it disappeared.  We waited 20 minutes but it had not returned by the time the rain came in from the south.  We headed home, the M1 and M25 being unpleasant with lots of spray despite light to moderate traffic.  Another two Pink-footed Goose flocks flew South, about 90 and 30, and we saw Peregrine and Grey Wagtail while waiting.It had definitely been worth going back. 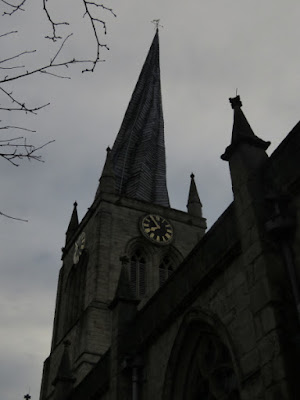 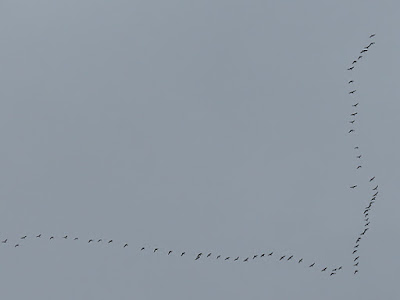 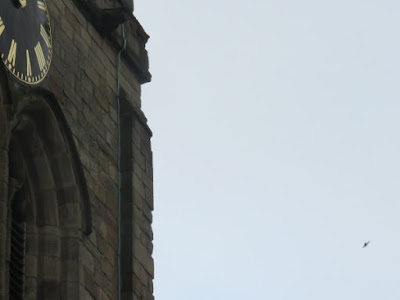 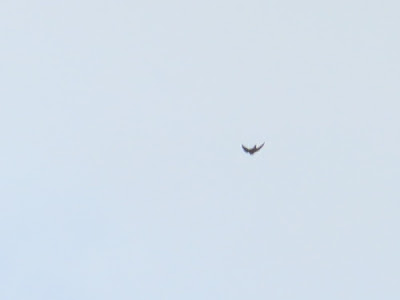 Friday 13th.  My dad's 91st birthday.  Happy Birthday Dad.  The Crag Martin was back in Chesterfield for most of the day.

Thursday 12th.  Megan and I walked along Worthing seafront to goring Gap where there were at least 5 adult Mediterranean Gulls, 39 Sanderling, 14 grey Plover and a Knot.  Later nothing of note could be found amongst 2000+ gulls on the Adur at dusk although a Greenshank was seen as the light faded.

Wednesday 11th.  With the Chesterfield Crag Martin showing for most of the day on Tuesday and not working on Wednesdays it seemed worth trying for.  I was really confident when I left home at 03:30, picked up John King in Burgess Hill at 04:00 and we were on site, via M25 and M1, by 07:40.  A tense wait then ensued with about 100 others.  Matt and Mick were there too, the latter certainly enjoying life as a Norfolk resident.  Usually the Crag Martin had appeared by 08:30, all but once by 09:00 so by then by confidence in seeing it had all but drained away.  We waited until 12:15 but there was no sign of it at all.  While standing in the car park we saw two flocks of Pink-footed Geese (c600 and c100) flying South, Peregrine, Sparrowhawk and Mistle Thrush and heard Grey Wagtail.  With little prospect of the Crag Martin appearing, at least based on previous showings, we headed home hoping to be clear of the M25 by the time traffic built up.  We were successful in that at least.
Sunday 8th.   Megan and I walked around Mill Hill where a pair of Bullfinches were the only birds of note.  Later I visited the Adur seeing the first-winter Caspian Gull and Kingfisher again.  I saw the gull when I arrived just after 15:00 but it disappeared before I could obtain any decent images of it, another observer seeing it flying SW at about 15:10.  It did not return, neither could I see any colour-ringed gulls.

Posted by richard fairbank at 22:19 No comments: