This blog finishes recounting a two week trip to Ontario in May 1980 with Graham Armstrong, Richard Bosanquet, Maurice Chown, Rupert Hastings, Graham Hearl, Andrew Moon and Pete Naylor.  All were really great companions.  Rupert, Graham H and Pete are very sadly no longer with us but are rarely far from my thoughts.  It is based on old, fairly uninformative notebook entries, memories of varying reliability and digitised slides

18 May.  A quick look around Point Pelee convinced us it was time to move on.  Down to 18 species of warbler including a stunning male Prothonotary, 2 Parulas (including the one seen the previous day), Cerulean, 13 Blackburnian and 6 Bay-breasted.  We crossed into USA at Detroit with little delay and drove to the Haehnle Sanctuary west of Ann Arbour in Michigan.  There we saw a female Hooded Merganser and 4 Sandhill Cranes (2 of them were dancing). We then drove north to Marion where we camped after dark.

19 May.  After a look around Marion where we saw 10 Prairie Chickens, American Bittern and 2 Henslow’s Sparrows before driving on to Grayling where we had an appointment with the US Fish and Wildlife Service.  This was the most accessible site for Kirtland’s Warbler but before we were taken to see them we had to sit through a 30 minute film about what was being done to protect them.  Fair enough but we would have enjoyed the film a lot more if we had seen the birds first, especially as it stressed that they were hard to see when not signing and only sang early morning.  At about 10:00, although it felt more like noon(!), we were taken to a stand of conifers of appropriate height and there without too much trouble we had good views of a singing Kirtland’s Warbler.  I was worrying unnecessarily!  At Grayling we also saw 2 Sharp-tailed Grouse and 3 Upland Sandpipers.  We continued north to Wilderness State Park where we saw Piping Plover, Black-capped Chickadee and 2 Red-breasted Nuthatches.

20 May.  We drove from Sault St. Marie (back in Canada) east to Algonquin seeing a Sandhill Crane (S of Sudbury), Ruffed Grouse, 2 American Woodcock, Hermit Thrush, 2 Veerys and Red-breasted Nuthatch.

21 May.  All day around Algonquin where I saw 4 Great Northern Divers, 2 Hooded Mergansers, 4 male Spruce Grouse, Ruffed Grouse, Killdeer, 2 American Woodcock, 5 Belted Kingfishers, Golden-crowned Kinglet, 2 Red-breasted Nuthatches, 2 Blue and 7 Grey Jays, distant small bright yellow bird (Evening Grosbeak) and 10 species of warbler including Chestnut-sided, 2 Magnolia, Canada, Wilson’s and 2 Overbirds.  Mosquitoes were starting to become a problem.  It seemed strange seeing locals out in their gardens in full bee-keeping headgear but as I’d not thought to bring any insect repellent I started to look at them quite enviously. 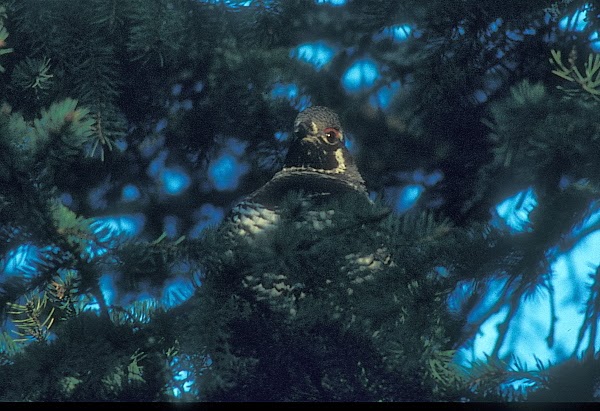 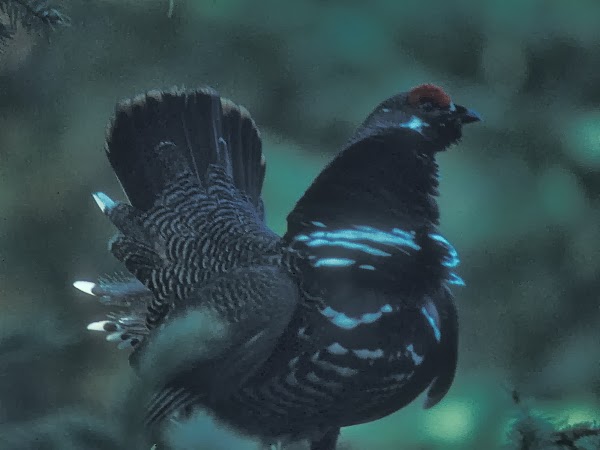 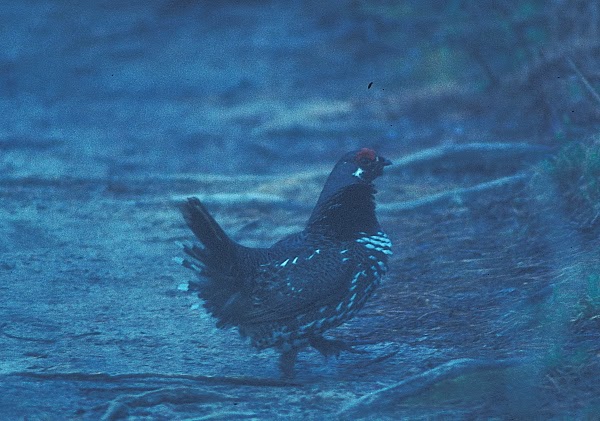 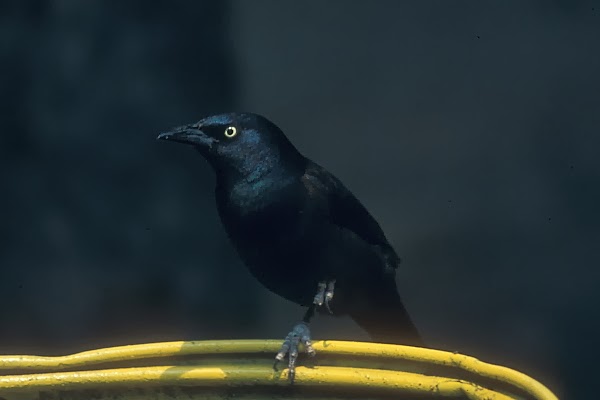 22 May.  A morning at Algonquin before heading back towards Toronto.  We saw American Bittern, 3 male Spruce Grouse, 3 Ruby-throated Hummingbirds, Boreal Chickadee, 3 Blue and 4 Grey Jays, another distant small bright yellow bird and 9 species of warbler including Pine and Blackburnian.  Richard Bosanquet had been in contact with a friend from his old school who lived in Guelph and he had very kindly offered to take us out for a day. 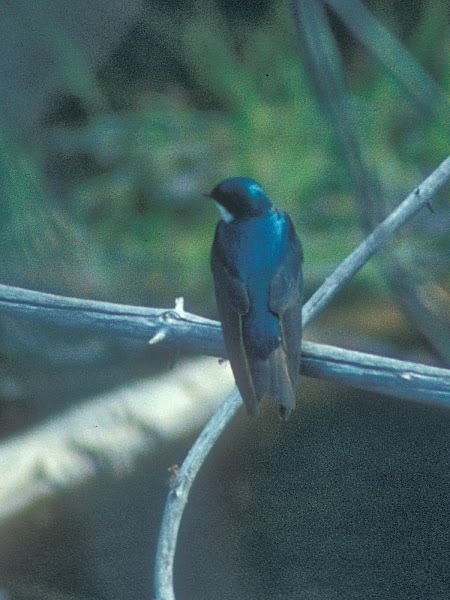 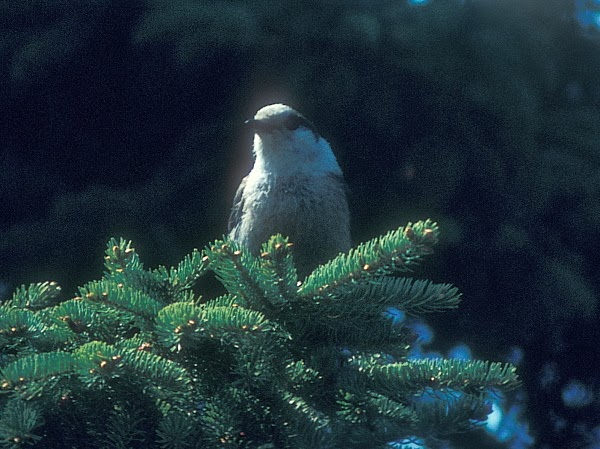 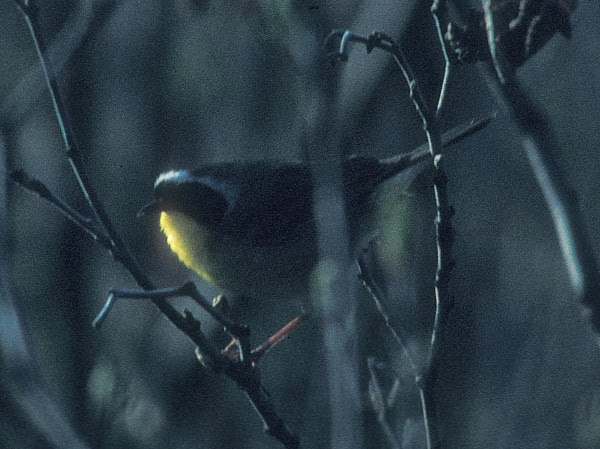 23 May.  An enjoyable day being guided by David Brewer around various sites near Guelph, just west of Toronto.  We’d not seen Loggerhead Shrike which was soon put right when we visited a territory where a pair were in residence.  During the day we also saw 2 Hooded Mergansers, Nighthawk, Eastern Phoebe, 100 Cliff Swallows at a colony, 18 Cedar Waxwings, a pair of Eastern Bluebirds at a nest box, Chestnut-sided and 2 Bay-breasted Warblers, 3 Ovenbirds and a Northern Waterthrush and 10 Bobolinks.  Both Rupert and I had not seen Pileated Woodpecker during the trip and felt that our best chances had gone although we were still on the lookout for one.  One of the more open sites we visited had a very wide ride going down one side of a valley and up the other.  Rupert and I had lagged behind the others a bit, Rupert more so than me.  As I started the climb I saw something flying across in front of me.  I lifted my binoculars and don’t now recall what it was, other than not being at all notable.  Rupert, who was behind but higher than me, saw me looking and something and lifted his bins to see what it was.  He quickly caught me up.  ‘That was a bit of luck’ he said to me.  I looked at him rather blankly.  ‘The Pileated Woodpecker you were looking at?’  Rupert had got onto a different bird that either I hadn’t been sharp enough to spot or was just over the brow of the hill for me.  Rupert was one of the very best birders it has been my privilege to have been birding with but my reply on that occasion was probably unprintable!  Although if I had seen the bird I very much doubt I would have thought much more of it.  Now it still feels like an open sore but is one of many great reminders of Rupert.

24 May.  On our final morning we visited Niagara on the Lake and St. Catherine’s.  David Brewer took us 4 at a time to see a Red-shouldered Hawk at a nest, quite tense as if it flew those going into the wood to look at it were likely to miss it whereas those waiting outside should not.  Fortunately it performed.  After David made some enquiries we then twitched 2 House Finches on a feeder.  Niagra was quite impressive but rather too urban an environment and a bit commercialized for a natural wonder.  A quick look around one of the car parks suggested it might be the best place outside the USA to collect a full set of State number plates.  To be thinking such things it was clear the trip was over and we headed back to Toronto Airport.  It had been a very enjoyable time, made so by having such excellent companions, many thanks to all.  The locals at Point Peele felt it had been a far from classic spring but for us it had been very successful.  Numbers and variety might have been down but seeing over 100 American warblers in a day was amazing.  In our two weeks I had seen just over 210 species of which 146 were new, excellent value at a cost of about £260 all in. 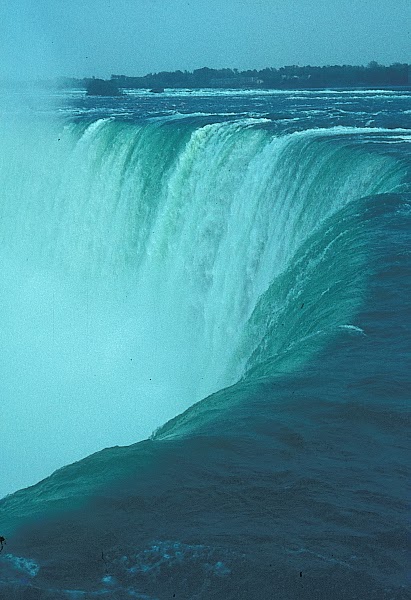 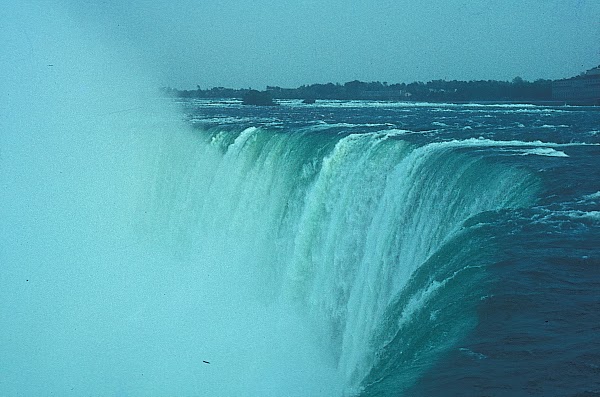 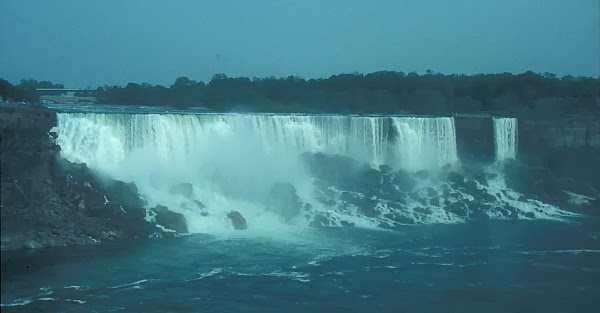 This blog relates to a two week trip to Ontario in May 1980 with Graham Armstrong, Richard Bosanquet, Maurice Chown, Rupert Hastings, Graham Hearl, Andrew Moon and Pete Naylor.  All were really great companions.  Rupert, Graham H and Pete are very sadly no longer with us but are often in my thoughts.  This blog is based on old, fairly uninformative notebook entries, a few memories of varying reliability and digitised slides. Most of the latter were no better than 'record-shot' quality at the time and some, especially the darker ones, have deteriorated chemically since.

10 May.  Daytime flight from London to Toronto.  Halfway over the captain announced that West Ham had beaten Arsenal 1-0 in that afternoon’s FA Cup Final (their last success which as a WHU fan I was sorry to have missed).  I was then told off by cabin staff for opening the window blind to look at Greenland’s glaciers as the light was disturbing viewing of the in-flight film!  On arrival we hired a 9 seater vehicle and Andrew drove into Toronto and to the ferry terminal.  We crossed to Toronto Island as foot passengers and spent the last hour or so of daylight there seeing 16 Canada Geese(!), 70 Buffleheads, a Catbird, 2 Wood and 3 Hermit Thrushes and a male Rose-breasted Grosbeak.  We then caught the ferry back to Toronto, had something to eat and drove to Point Peele where we camped.

11 May.  Our first day at Point Pelee.  We visiting the Tip, Tilden’s, the marsh boardwalk and Ander’s Field.  There were lots of 'local' birders around, all very friendly and helpful - quite different and  avery pleasant change to the predominantly male obsessives I was used to when visiting top migration spots in Britain.  At Point Peele there were lots of couples of all ages, some really very good birders but the majority appeared to know no more than we did.  On my first morning a friendly couple came and asked me if I could help them identify a stange bird they'd found.  I replied that I'd only been there for two hours but would try my best hoping it wasn't an Empidomax flycatcher or drab female warbler.  It was a perfectly ordinary looking Catbird which had apparently not been holding its tail as per the Field Guide!   Most excitement was caused by a Henslow's Sparrow found creeping around a grassy area.  It was superb, but so too were some stunning warblers and other very brightly coloured species.  I saw 64 new birds which was rather overwhelming.  Best were 19 species of Warbler including 3 Blackburninan, Prothonotary, 2 Chestnut-sided, 3 Cape May and 5 Magnolias.  Also a roosting Nighthawk, 3 Red-headed Woodpeckers, 2 Cedar Waxwings, 3 Carolina Wrens, 10 Wood Thrushes, 8 Veerys, 25 Ruby-crowned Kinglets, 20 Blue Jays, 5 species of vireo, 25 Scarlet Tanagers, 2 Cardinals and 11 species of sparrow including 3 Henslow’s. 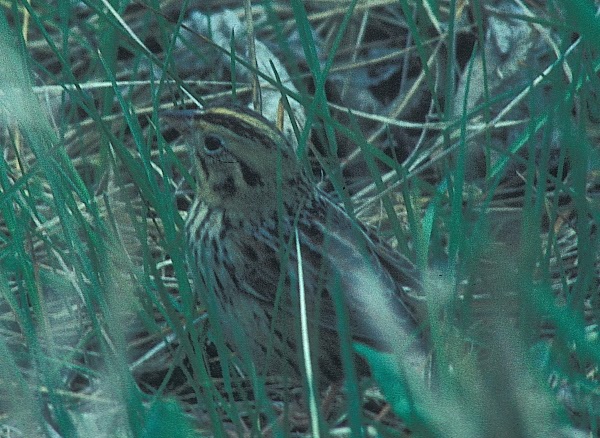 12 May.  We started at Point Peele but it was soon obvious that there were fewer birds around.  Only 14 species of warbler but they did include our first Golden-winged and Tennessee and a ‘Brewster’s’.  We decided to spend the restof the day at sites near Point Peele and drove to Sarina Airport where we saw 5 Upland Sandpipers and Bright’s Grove where a variety of American waders included a Stilt Sandpiper.  We finished at Wheatley Reservoir where selection of duck were present in small numbers. 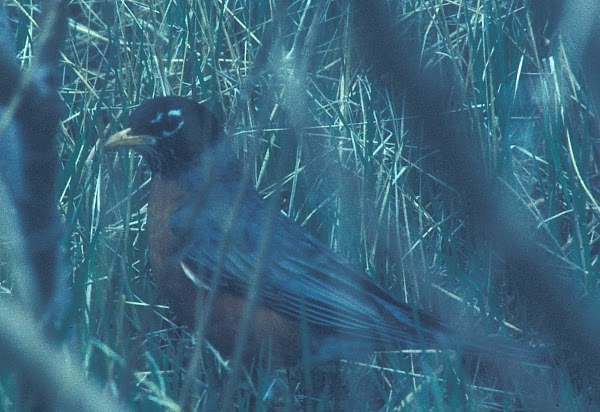 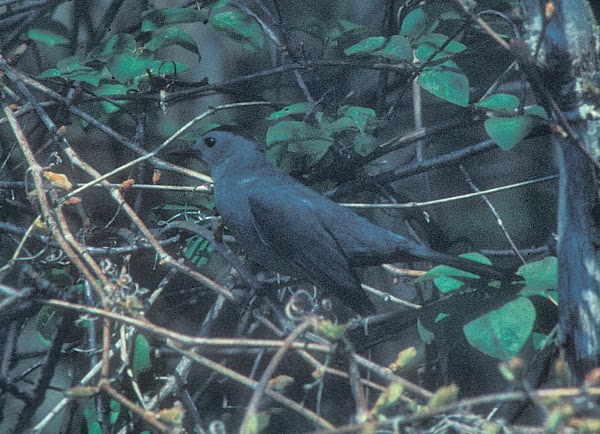 14 May.  Another day at Point Peele concentrating on the Tip, Tilden’s and Sleepy Hollow.  A record (for us) 27 species of warbler today including our first Orange-crowned (3), Parula (a male), Prarie and Worm-eating.  Also 18 Black & White, 6 each of Golden-winged and Blue-winged, 14 Blackburnian, 23 Magnolia, 35 Myrtle, 2 Bay-breasted, 6 American Redstarts and 17 Ovenbirds.  In addition to the warblers I saw 3 Yellow-billed and another 3 Black-billed Cuckoos, a roosting Whip-poor-Will and at dusk a Chuck-Will’s-Widow, another Ruby-throated Hummingbird, male Eastern Bluebird, 2 Grey-cheeked Thrushes and 30 Rose-breasted Grosbeaks.  Another very exciting day's birding.


15 May.  Most of the day at Point Pelee at the Tip, Tilden’s and Sleepy Hollow, Stein’s.  We then visited Kingsville to the west.  Weather was indifferent and at times quite wet and warblers numbers appeared to be down but did include our first Louisiana Waterthrush and Mourning Warbler and more views of the previous day’s Worm-eating.  Also 2 Least Bitterns at Kingsville, a selection of dubiously identified Tyrant-flycatchers, 40 American Robins and 85 Blue Jays. 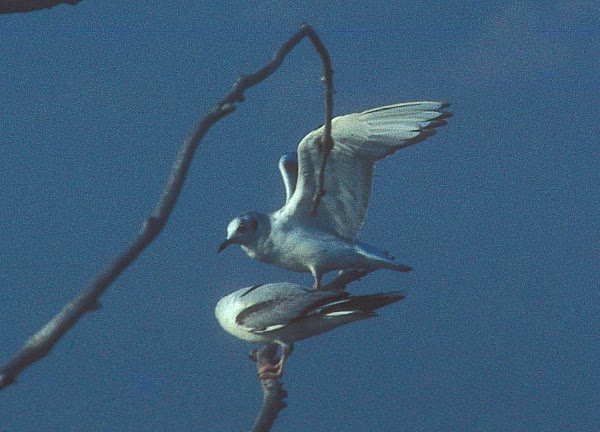 16 May.  We had a day away from Point Peele driving about 100km east along Lake Erie to Rondeau.  This was a superb area of swamp forest where we saw American Bittern, 2 Bald Eagles, and adult Great Horned Owl with 2 fully-fledged youngsters, 4 Hairy Woodpeckers, 4 Black-capped Chickadees, 2 White-breasted Nuthatches and 21 species of warbler including a superb Prothonotary.  The day had some frustrations, at least for Rupert and me.  We had heard a distant Pileated Woodpecker too far to do anything about but then it or another sounded closer but back the way we'd come.  Rupert and I decided to retrace our steps to look for it but were unsuccessful, and not best pleased to discover the others had seen one after we'd left them.  To make matters worse we then heard another distant bird.  We saw 3 Nighthawks and returned to Pelee at dusk, me a bit grumpy (never satisfied). 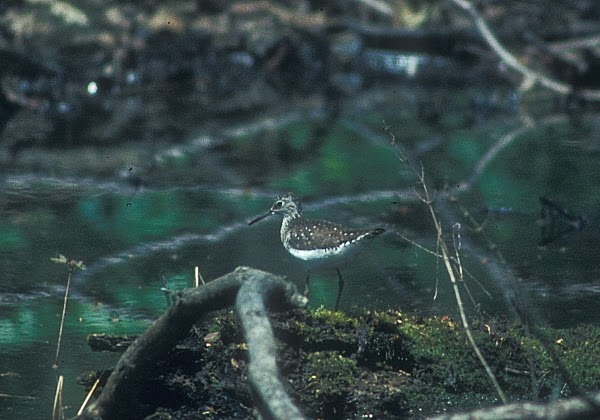 17 May.  Heavy rain all day at Point Pelee where we visited the Tip and Tilden’s.  ‘Only’ 20 species of warbler but they did include Cerulian, Parula, 7 Blackburnian and 6 Bay-breasted.  An amazing Red-breasted Nuthatch was the day’s highlight for me and a Mockigbird my only other new bird.  I also saw a Ruby-throated Hummingbird and 11 Indigo Buntings.  We were halfway through our trip and had spent a full week based at Point Peele. We were thinking that unless there was a big fall overnight we should probably move on.

Posted by richard fairbank at 14:01 No comments: