This is the second and final part of a blog recounting a trip my younger sister Ruth and I made to Botswana over Christmas 1984 to see our parents who were living there on a two-year contract.  It is based on my unreliable memories, rather scant notebook entries and degraded digitised slides.

On 31 December we left Selebi-Pikwe.  We had had an enjoyable 10 days there but were setting out to visit the Chobi National Park and Victoria Falls.  Mum and dad would then drop Ruth and I in Bulawayo on their way back.  We only drove as far as Shashe on the first day, having another look around the reservoir there.  An adult Cape Vulture, Red-eyed Bulbul and 4 Streaky-headed Seedeaters were new with other highlights being Lanner, 4 Southern Carmine Bee-eaters, 3 Groundscraper Thrushes and a Kalahari Scrub-Robin.  On 1 January we drove north from Shashe and were soon on a dirt road through very patchy dry scrub and desert.  It was a bit rough in places but nothing to worry our fully loaded saloon car.  The undoubted highlight of the drive and perhaps the trip was a flock of 5 Variegated Sandgrouse we came across by the road on the way to Chobi.  Other birds seen on the journey were a pair of Ostriches with about 20 young, 6 Bateleurs, 10 Southern Carmine Bee-eaters, Kalahari Scrub-Robin and 10 Red-backed Shrikes.  Once inside the National Park the surroundings became much greener.  We checked into a safari camp and went for a drive along the flood plains seeing 200 Elephants, 40 Wart Hogs, 10 Meerkats, 3 Giraffes, 10 Eland, 3 Greater Kudu, 40 Puku and 10 Impala.  Three Red-billed Francolins, 6 White-rumped Babbler and a Swamp Boubou were further new birds while I also saw 6 African Fish Eagles, 150 Collared Pratincoles, 25 Blacksmith Plovers, 2 Long-toed Lapwing, Barn Owl, 20 Blue-cheeked and another 3 Southern Carmine Bee-eaters, Scimitarbill and African Golden Oriole.

We had a full day in the Chobe on 2 January, seeing similar animals but a few different birds in the flood plains and woodland patches.  African Pygmy Goose was a much wanted species and I was not disappointed, seeing 11 males and 9 females.  Lesser Jacana was almost as good while Yellow-bellied Greenbul was a much less impressive new bird!  I also saw 3 Lappet-faced and 4 Hooded Vultures, 2 Martial and 2 Long-crested Hawk-Eagles, 8 African Fish Eagles, 10 Bateleurs, 6 Retz’s Red-billed Shrikes, 2 Eastern Bearded Scrub-Robin, Red-capped Robinchat and a Long-billed Crombec.

On 3 January I had a quick look around the safari camp before we left Chobi National Park and drove to Kasongula where Botwsana, Zimbabwe and Zambia meet.  Birds seen included African Pygmy Goose, African Fish Eagle, Swamp Boubou, Sulphur-breasted and Grey-headed Bush-Shrikes and two parties of Retz’s Red-billed Shrikes.  It was with some sadness that I left Botswana and uneventfully crossed into Zimbabwe where we drove along another dirt road to Victoria Falls.  Here we stayed in a tourist hotel.  It was more upmarket than I was used to but that doesn't rule out much!  A walk in the grounds and along the river above the falls produced 14 Rock Pratincloes, an excellent Half-collared Kingfisher, Cape Wagtail, 4 Collared Palm-Thrushes and 3 Coppery Sunbirds, all were new.  I also saw 2 Bateleurs, 3 Livingstone’s Turacos, Giant Kingfisher, 10 Trumpeter Hornbills and 5 White-browed Robin-Chats.  Victoria Falls was very impressive and ‘the smoke that thunders’ an appropriate name as the spray could be seen above the riverine forest and the noise of the water heard from some distance.


We spent all day on 4 January at Victoria Falls.  I went out early and walked along the river seeing 7 White-crowned Plovers on the opposite riverbank, my only new bird, a superb Peter’s Finfoot and 2 Collared Palm-Thrushes.  After breakfast we visited the falls, eventually walking across the bridge to the Zambian border.  Dad was reluctant to join us anticipating the border crossing would be more problematical than it proved to be.  On the Zambian side it was much easier to get to the water’s edge and it was nice to get complementary views of the falls although few birds were evident and I failed to see the hoped for Taita Falcon from the bridge.  I later discovered that the best site was on the cliffs a short way downriver.  Around the falls I did see 15 Rock Pratincoles, Levaillant’s Cuckoo, Livingstone’s Turaco, Giant, Half-collared and Malachite Kingfishers and Trumpeter Hornbills. 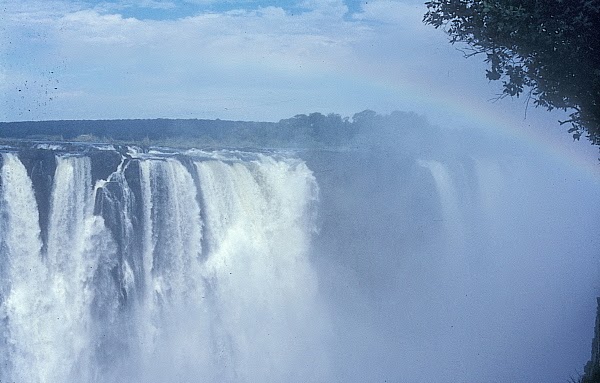 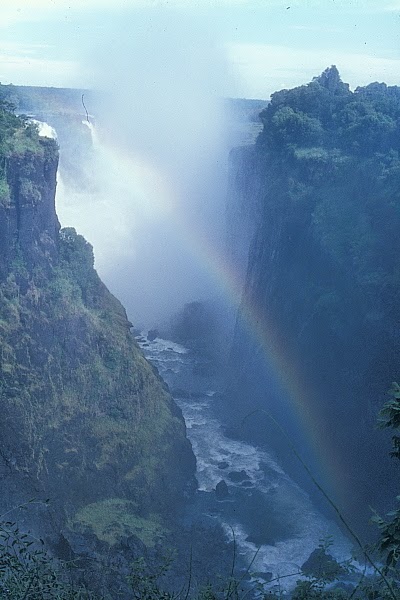 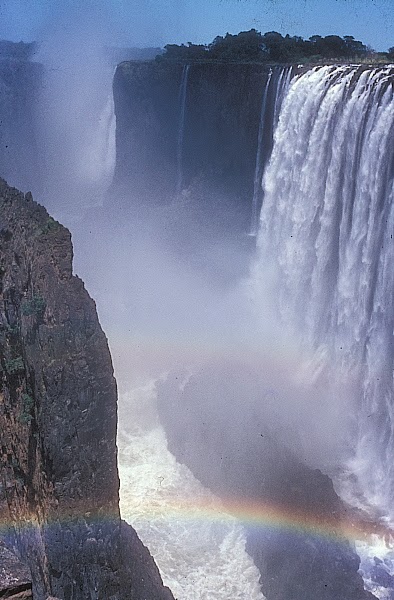 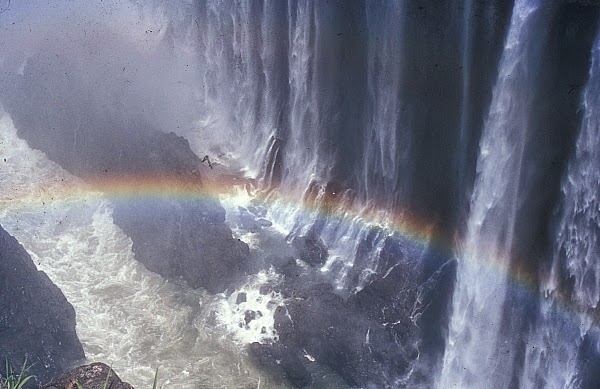 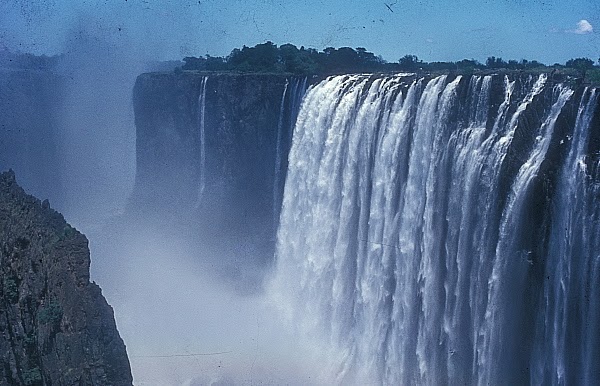 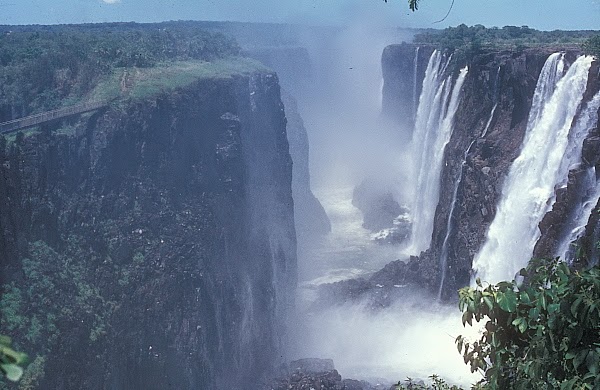 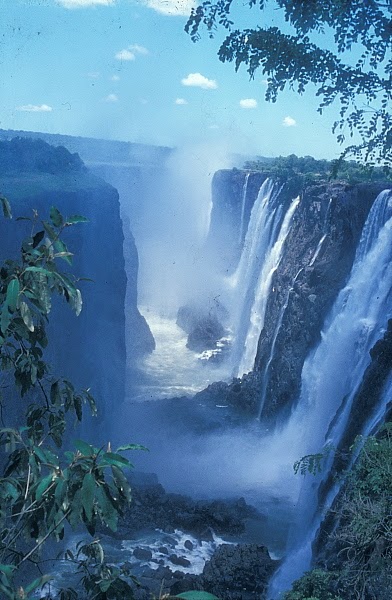 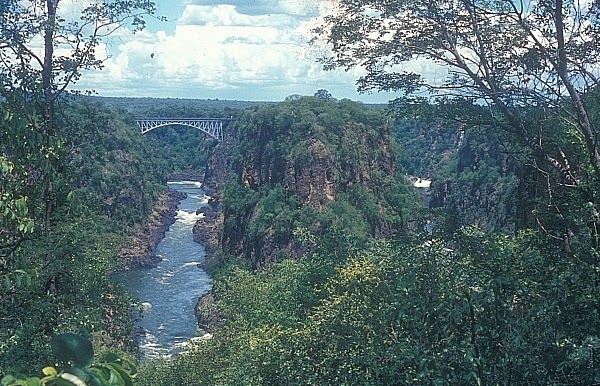 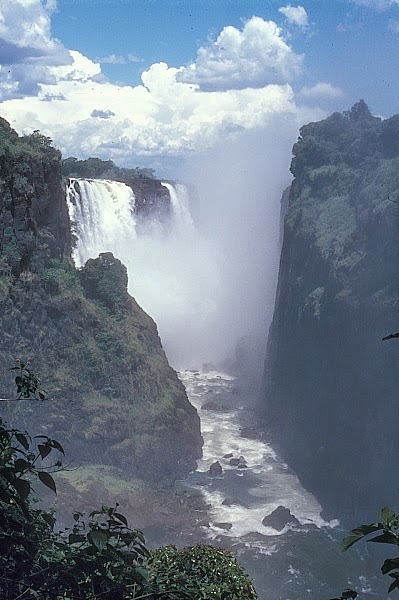 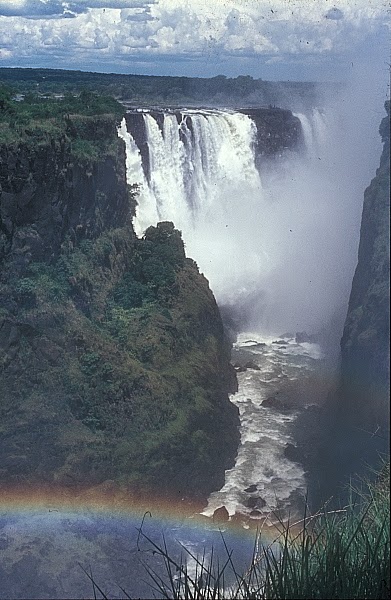 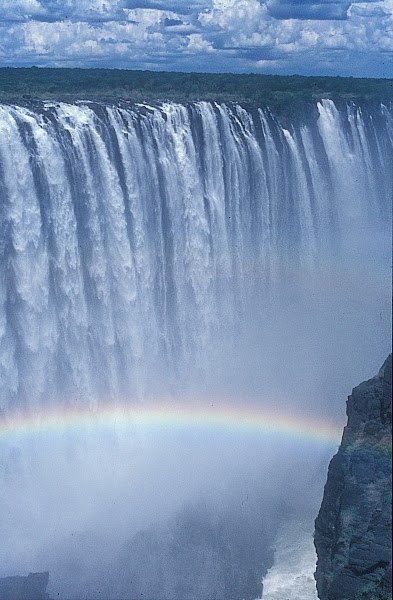 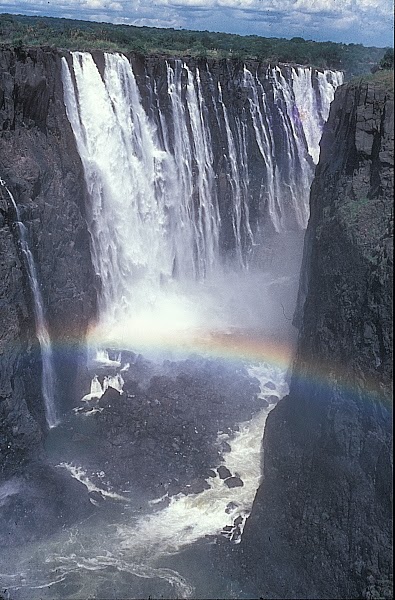 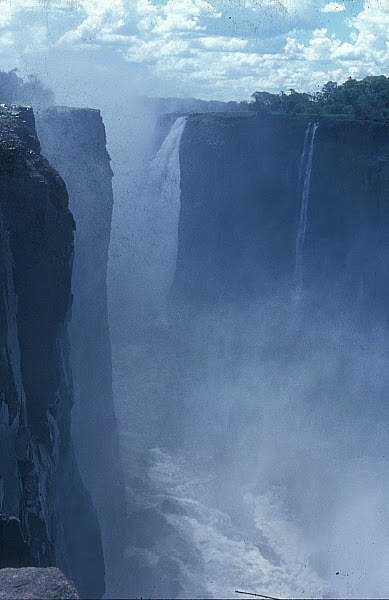 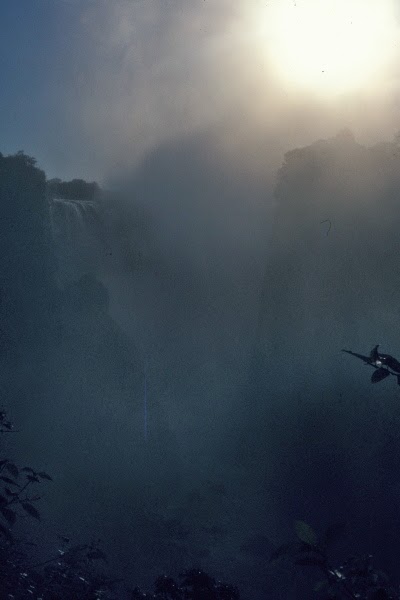 On 5 January a pre-breakfast walk along the river above the falls was uneventful with Natal Francolin, White-crowned Plover, Wire-tailed Swallow and Eastern Bearded Scrub-Robin best.  We then left Victoria Falls and drove to Bulawayo with a few stops en route.  A single Swallow-tailed Bee-eater was my last new bird with my hopes of seeing Racket-tailed Roller not materialising.  Other roadside birds included 6 Bateleurs, 3 Swainson’s Francolins, Narina’s Trogon, 30 European Bee-eaters and a suspected male Eastern Red-footed Falcon.  The latter was perched on a telegraph pole but frustratingly managed to fly directly away from me without revealing its underwing.  We arrived in Bulawayo in good time for our flight and said goodbye to mum and dad who we would be seeing in six months when dad’s contract ended.  They had done us proud and we had had a very enjoyable visit.  I’d also seen 65 new birds, not bad on a family visit, although efforts to persuade dad to look for a contract in PNG fell on deaf ears! 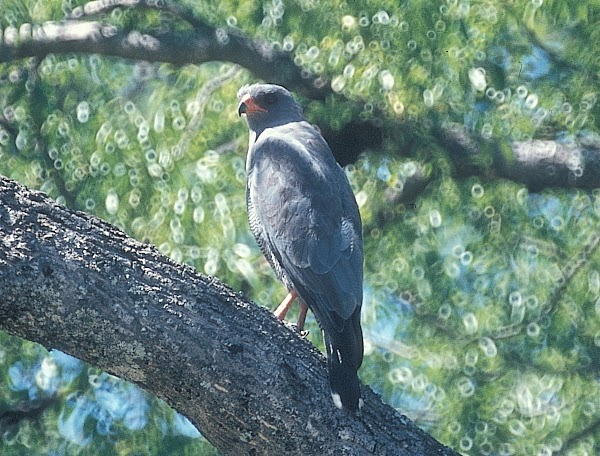 Ruth and I had an uneventful connection in Harare but approaching London after an overnight flight the pilot informed us that bad weather at Heathrow meant we would be diverting.  Ruth, who was living in Luton, hoped it would be to there, for me Gatwick would have been more convenient.  It was to Manchester, no use to either of us.  What was worse for Ruth was that the train laid on to take us back to London did not stop in Luton so she had to go into London and back out again.  It also had no heating and was freezing after the heat of a Southern African summer.  Welcome to the UK!