Sunday 13 May.  Struggling with a cold I stayed local hoping there might be some tern passage as the wind went around to south-west.  Little was moving off Shoreham Harbour in the hour from 7am with just two Sandwich Terns hanging around. A flock of 18 Common Scoter flew east, 6 Turnstones flew over the harbour and a Peregrine came in from the sea and continued inland, presumably not one of the Southwick birds (one of which was seen on the chimney).  The platform at sea off Lancing seemed to be more visible than usual with a tall tower above it noticeable for the first time.

A stop at the Adur on the way home was surprisingly productive considering the tide wasn't very far out.  Single Black-tailed Godwit, Whimbrel and Common Sandpiper were seen along with three summer-plumaged Sanderling and 8 Ringed Plovers while a Reed Warbler gave excellent views from one of the ditches. 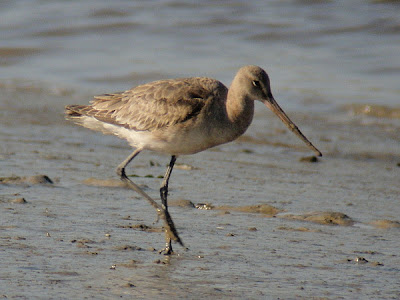 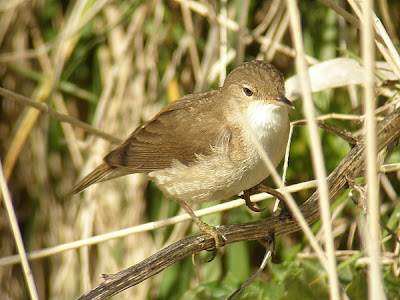 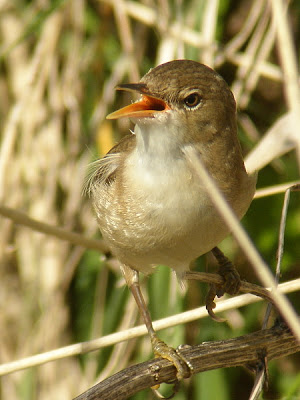 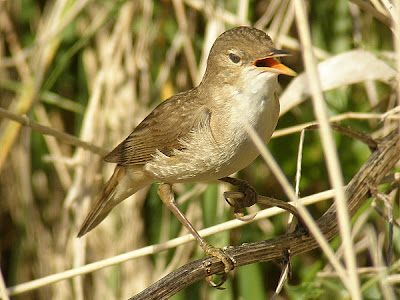 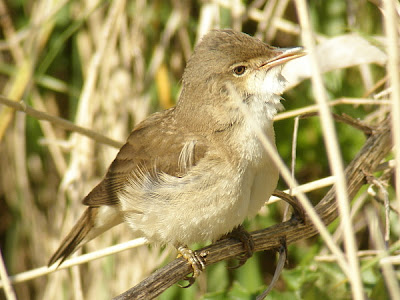 In the afternoon Megan and I heard a Lesser Whitethroat while walking around Mill Hill but nothing else of note was in evidence.

Friday 18 May.  1 Ringed Plover on the beach (none at nest site), Peregrine on chimney & 4 Swifts over Crown Road

Saturday 19 May.  14 Sandwich Terns east and 2 west and a Gannet east were all that was seen off the Harbour between 06:10-07.10.  Three colour-ringed Herring Gulls were around the harbour, one local and two North Thames although one of the latter was too far away to read.

The Adur on a rising tide was better with the Black-tailed Godwit still present along with 6 Whimbrel, a Greenshank and a first-summer Med Gull.  Two slow-worms were seen at the allotment and 15 Swifts were screaming over Crown Road in the evening. 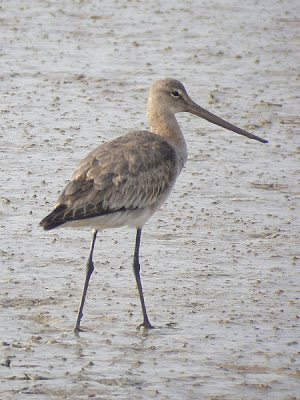 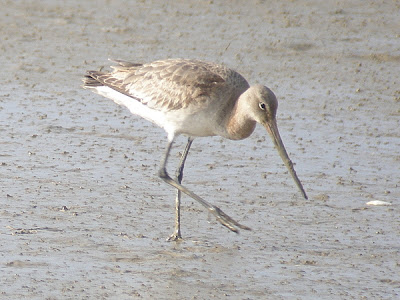 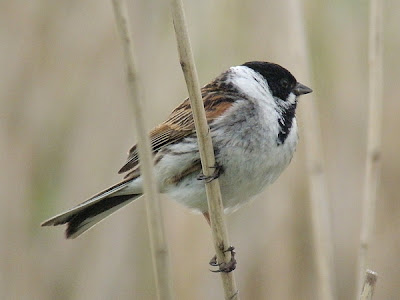 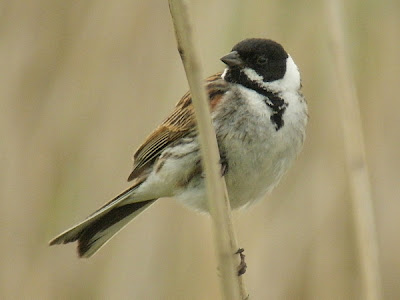 20 May 2012.  Still not over a cold and uninspired by the NE forecast I didn't go far again.  An hour seawatch, 06:05-07:05, from Shoreham Harbour produced 3 Fulmars, 55 Gannets, 2 Sandwich Terns and a flock of 19 Commic Terns flying east.  Three Great Crested Grebes were on the sea, the male Peregrine on the chimney and 3 Little Egrets and 2 Turnstone around the harbour.  Amongst the gulls on the East Arm was a Norwegian Greater Black-backed.  The Black-tailed Godwit was still on the Adur but there was no sign of any other waders.  A couple of bait diggers was perhaps the reason although later a walk around the Adur and the Houseboats with Megan produced just the godwit, 3 Swallows and Reed and Sedge Warblers.