31 July-6 August 2012.  When Nick & I visited Sabah in 1987 we did not know about the very recently opened Danum Valley Field Centre.  We did pretty much all of our lowland birding at Sepilok where we ended up spending 10 days self-catering in the very basic Resthouse near the entrance.  Sepilok was very good to us with the very obvious highlight being a pair of Giant Pittas, one or other which we saw most evenings on the Waterfall Trail near the ‘seat’.  Nick saw the male on our first afternoon, returning into the forest after going into town to buy some supplies.  I’d stayed on the trails all day and was not appreciative of his good fortune!  Three days later I saw a male on the Mangrove Trail and late that afternoon a female near the ‘seat’.  We then called in at the seat area during the last hour or so of daylight every day and saw one or other of the pittas on most visits, the other presumably being on a nearby nest?  Views were superb and sometimes prolonged and Giant Pitta immediately became the best bird we’d seen.  It has remained in my (and Nick’s) top three ever since, sharing top spot for both of us with Wilson’s Bird of Paradise and Kagu (since 1993 and 1998/1999 respectively).

I had wanted to visit Danum Valley from the moment I heard of it and was eagerly anticipating doing so.  Nick had been in 2002 and spoke very highly of it while Colin Winyard had been twice in recent years and did likewise.  Leaving KJC we got dropped off on the junction to Lahad Datu and our driver made sure we flagged down the right minibus before he returned to Sandakan.  From Lahad Datu bus station we got a taxi to the DVFC Office (near the airport) and after a short wait, during which we stocked up with snack food, the scheduled (thrice weekly) transport to DVFC arrived, in the form of a pick-up and a minibus.  It took just over two hours to get to there, the majority of it on a dirt road through good looking forest, although it was hard to see much from the back of the minibus when it was being driven like a rally car!

We arrived at DVFC just before it got dark and were given a briefing by Rifhan Mar (Girl Sabin) who had been very helpful with our booking.  Our room was right beside the dining area, which was handy, although meal times weren’t and we usually skipped lunch and often breakfast preferring to stay out birding on snack food.

We spent seven nights/six full days at Danum and were birding on the trails pretty much from before dawn until dusk.  We did a couple of sessions on the tree platform but saw little and most days I managed an hour by the river hoping a party of Bristelheads might come through – none ever did;.  We had an ineffective walk each evening after diner in the hope of seeing the regular Buffy Fish Owl or anything else, but to no avail.  We didn’t try a night drive but of those we missed only one sounded excellent (Crested Fireback and Slow Loris) and one good (Colugo).  The rest (the odd civet and flying squirrel) didn’t seem worth the effort as we were finding it hard enough to keep the hours we did.

The trails at Danum were excellent although we concentrated on the Waterfall trail (visiting the ridge just before it on four occasions), the Riverine Trail (it also went off the Nature Trail) and the first part of the Grid & Coffin Trail.  We found the trails easy to follow and generally well marked, although one day we tried to complete a circuit continuing on from the Waterfall and soon lost the trail completely.  We decided not to push our luck and retraced our steps before we got lost.

The weather at Danum was very dry.  We only noted rain once, for 2 minutes, and that never reached the ground.  The advantage of it being so dry was that I only saw one leech and there were very few mosquitoes.  Unfortunately this was outweighed by many birds being rather silent and very unresponsive.  Mammals were more evident and we encountered a Bearded Pig, Red Leaf Monkeys, Bornean Gibbon and several Orang Utans including a superb mother with baby.

Birds were good with Crested Fireback, Great Argus and Crested Partridge although only the latter was seen well (by Nick).  We failed to see Buffy Fish Owl or any other nightbirds.  We saw Diard’s Trogon and Nick saw Banded Kingfisher & Red-bearded Bee-eater while returning for lunch on a day I decided to stay out.  We heard several Helmetted Hornbills every day, some close, but never managed to see one.  Pittas were good, as expected, with a pair of Bornean Banded seen above the Waterfall ridge trail on our first attempt (IOC pitta #30 for me).  They were heard briefly on most visits to the ridge, but didn’t respond, while an equally unresponsive Blue-banded Pitta was heard from below the trail on the Waterfall ridge on one occasion with me disturbing but not getting my bins on what was most likely a juvenile on the trail there the following day.  We saw two Black & Crimson Pittas (surely a more appropriate name than Black-headed which Hooded also has in Borneo) 50-100m down the Coffin Trail and Nick saw one nearby at the start of the Grid (W0N0).  Blue-headed Pitta was perhaps the star bird at Danum with a female on the Grid (W8N0), a moulting male on the Riverside Trail (just after the Nature Trail ends) on several occasions and possibly four different immaculate males on the Waterfall Trail on both routes up to the 2km marker.  A Hooded Pitta was heard by the river on a couple of evenings.  We saw Green, Banded and Black & Yellow Broadbills well but more often heard them.  Babblers were best represented by Short-tailed, Ferruginous and Black-capped but we only managed a single Wren-Babbler between us, a Black-throated seen by Nick.  Other good birds seen were Rufous-tailed Shama, Bornean Blue, White-tailed and Rufous-chested Flycatchers and a Bornean Spiderhunter.  So some very nice birds but a bit disappointing after so many years of anticipation, especially the lack of Bristleheads during our week.

DVFC’s transport dropped us off at Lahad Datu airport slightly ahead of time and we were able to change our flight back to Kota Kinabalu for an earlier one saving what would have been a very tedious four hour wait. 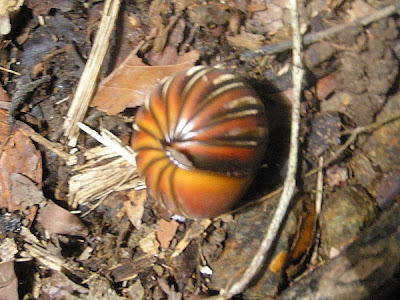 it must have been quite a prince in a former life, nice eyelids too 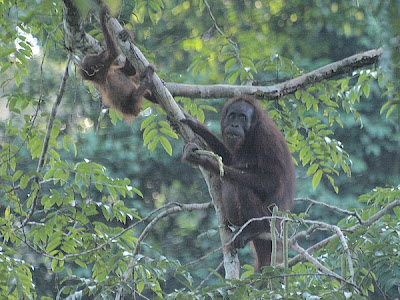 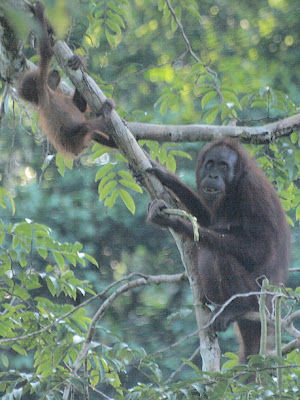 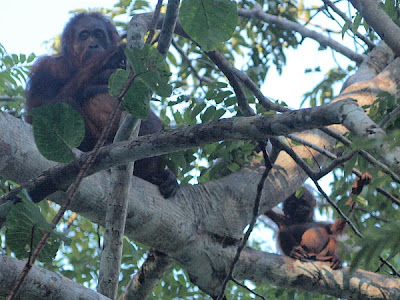 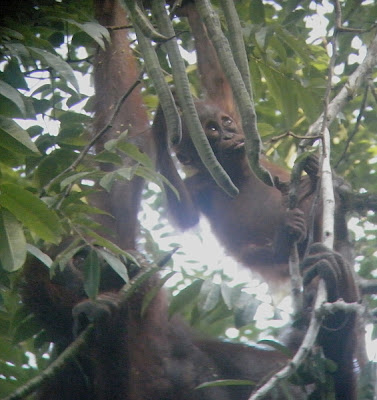 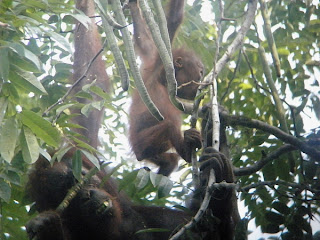 Posted by richard fairbank at 20:18