Part two of three, this blog continues my account of a trip to Madagascar with John Cooper, Nick Preston, Barry Stidolph and Terry (our driver).

14 August.   With another long drive in prospect we hoped for an early start but in the end we didn’t leave Antananarivo until 11:00 as Terry had to buy a replacement tyre.  We then drove steadily south though some depressingly poor towns and on a worsening road, eventually arriving at Ranomafana at 19:45, just as it started to rain heavily.  There we stayed in a new, but very basic, hotel, the best that I could say for it was that it was reasonably waterproof!  I saw just 13 species, the highlights coming at dusk with Marsh Owl and Barn Owl from the car in quick succession.

15 August.  At first light we set out to find Fidi, the recommended bird guide, but he had heard of our arrival and found us first.  He quickly agreed to guide us during our stay at Ranomafana but unfortunately it was still raining so we birded along the road and visited Vohiparara marsh in the morning.  If anything the rain got heavier and we made a brief excursion into the forest but saw very little and returned to our hotel for the rest of day.  I saw 23 species, the best being a Grey Emutail seen while wading through paddyfields after a Madagascar Snipe.  The others were reluctant to join me but I’d got wet feet anyway. 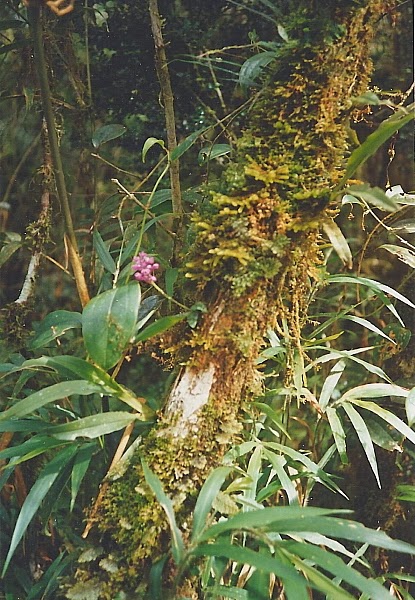 16 August.  Another day of constant rain.  How long could it last?  We spent most of day guided by Fidi around the forest trails at Ranomafana.  Birding was extremely difficult with little or no vocalisations, bird movements hard to detect amongst dripping leaves and when a bird was seen one’s binoculars had invariably steamed up.  Despite this I saw 20 species including a very impressive male Crossley's Babbler and pairs of Yellow-browed and White-throated Oxylabes although a wet Madagascar Cuckoo-Falcon was not at its best.  We also saw a bedraggled Grey Bamboo Lemur. 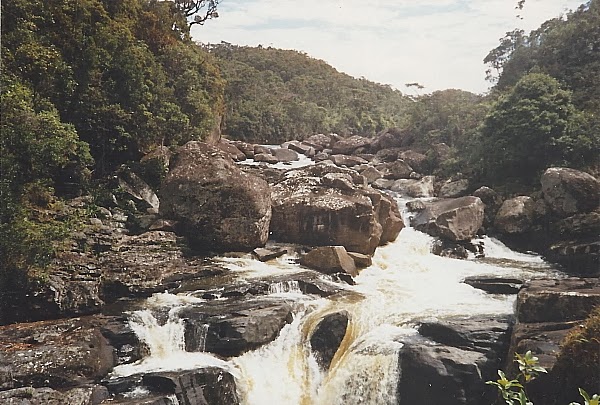 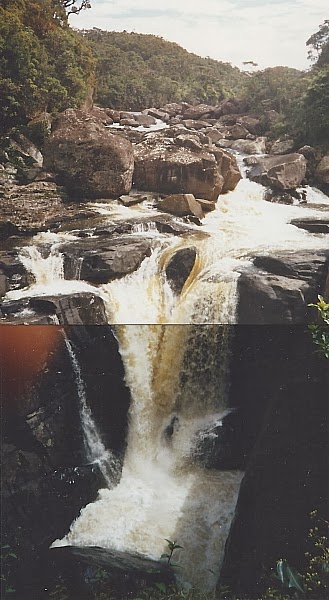 17 August.  We woke to find the weather had finally improved and enjoyed an almost rain free day with Fidi on the well laid out (and distance marked) forest trails at Ranomafana.  Despite the greatly improved weather and Ranomafana finally starting to feel like the superb forest site it was I only saw 22 species although they included a brilliant Pitta-like Ground Roller (my most wanted bird in Madagascar), a pair of Madagascar Wood Rails and a Madagascar Pigmy Kingfisher.  The Cuckoo-Falcon hadn’t dried out and we saw Diademed Sifaka and Red-bellied and Grey Bamboo Lemurs. 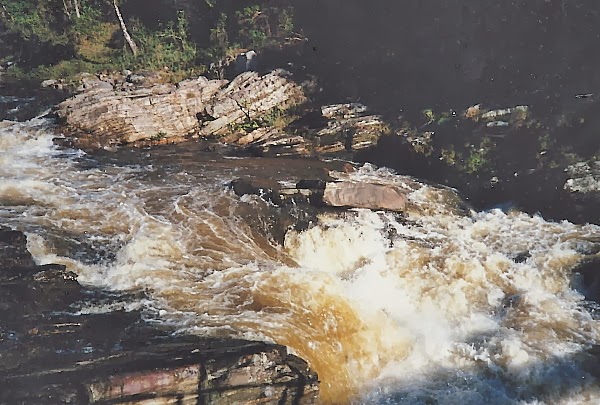 18 August.  A sunny day on the forest trails at Ranomafana.  We were now concentrating on some of the species we had not yet encountered and Fidi worked hard and skilfully to find most of them for us.  I saw 34 species including brilliant views of a superb Madagascar Flufftail, Rufous-headed Ground Roller and a pair of Brown Mesites.  The former was quite a relief after a couple of very close encounters where the species almost impossibly slipped away unseen.  The latter led us quite a dance but we eventually saw them very well too.  Other highlights were Henst’s Goshawk, 2 Cuckoo Rollers and 2 Velvet Asities while mammals included Diademed Sifaka, a Red-bellied and 3 Greater Bamboo Lemurs and Ring-tailed Mongoose. 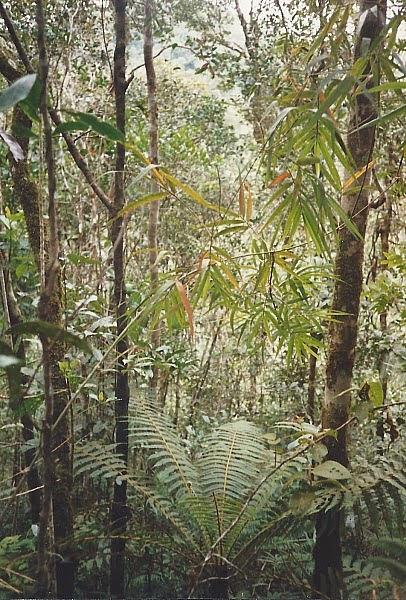 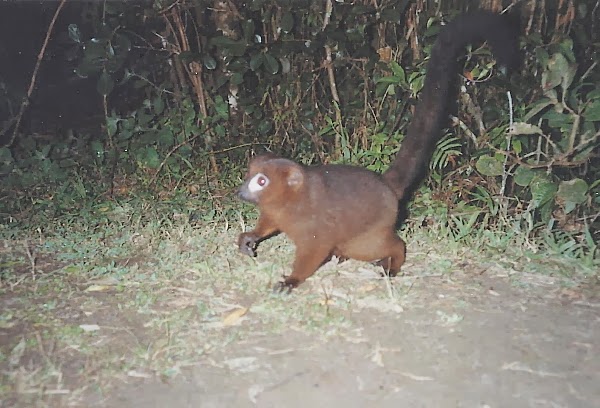 19 August.  This was to be our last full day in the area.  In the morning we returned to Vohiparara, guided by Fidi, we spent the afternoon unguided on the forest trails at Ranomafana (we knew our way around them quite well by now) and were taken by Fidi to a picnic site in the evening for mouse lemurs.  Covering a range of sites I saw 43 species, the highlights three Pitta-like Ground Rollers and a pair of Crossley's Babblers while 2 Eastern Mouse Lemurs almost stole the show.  Amazingly cute!  Other good birds seen included 3 Cuckoo Rollers, Grey Emutail, Crossley’s Babbler, Forest Rock Thrush and Pollen’s Vanga but we failed to pin down a probable Yellow-bellied Sunbird-Asity.  Mammals included a Striped Civet, a pair of Red-bellied Lemurs and 2 Ring-tailed Mongooses and 2 Forest Rats!

20 August.  We left Ranomafana at 07:00 and spent three hours on open moorland around a small reservoir northwest of Vohiparara.  We then drove south to Ranohira, arriving at 18:45 after a slight delay due to a section of the dirt road proving almost impassable with some trucks bogged down in mud.  We found a hotel in Ranohira and had a welcome meal.  I saw 29 species, mostly on the moorland where a pair of Reunion Harriers and 4 Madagascar Partridges were excellent.  Other sightings included Henst’s Goshawk, Madagascar Buttonquail and 20 Madagascar Kestrels including a dark morph apparently paired with a pale morph. 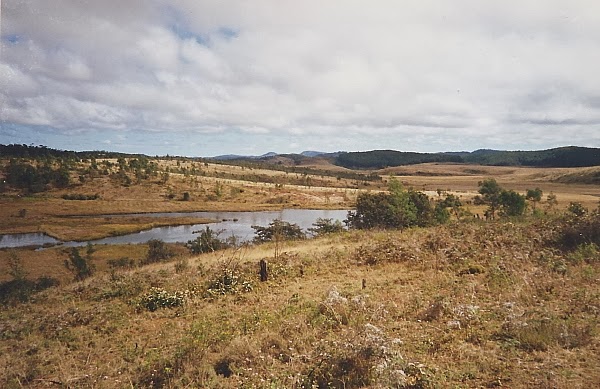 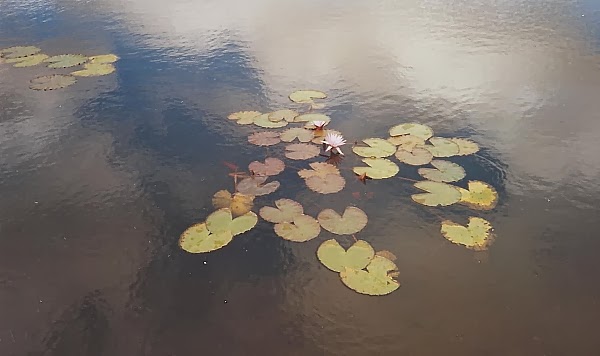 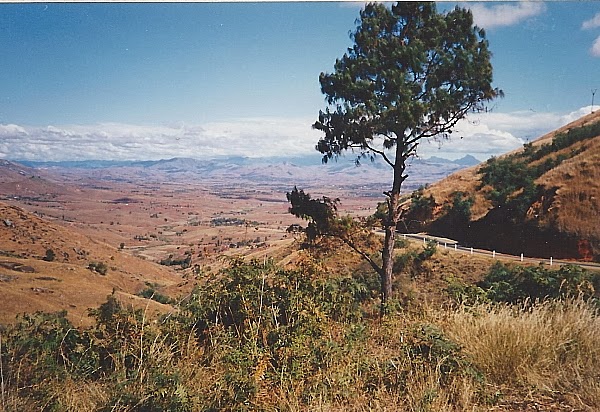 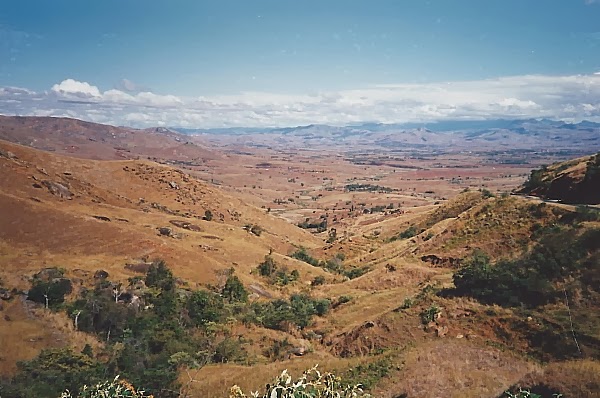 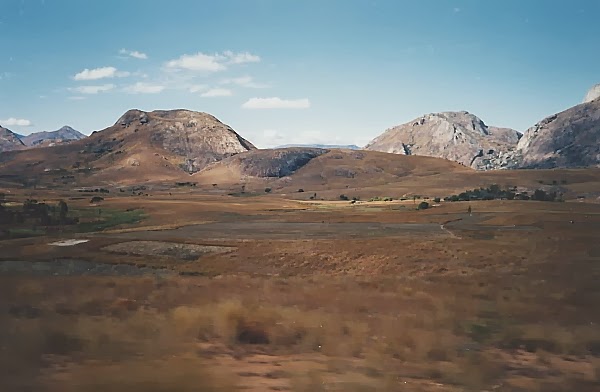 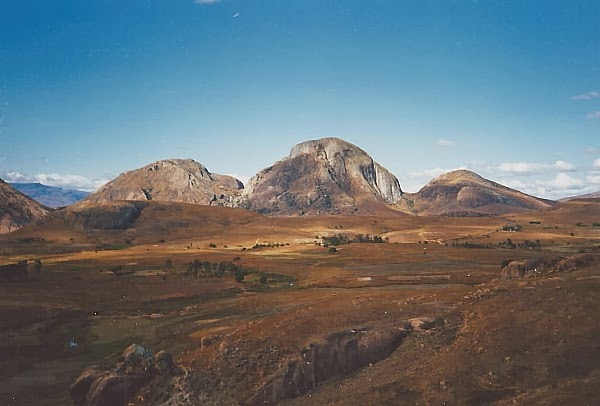 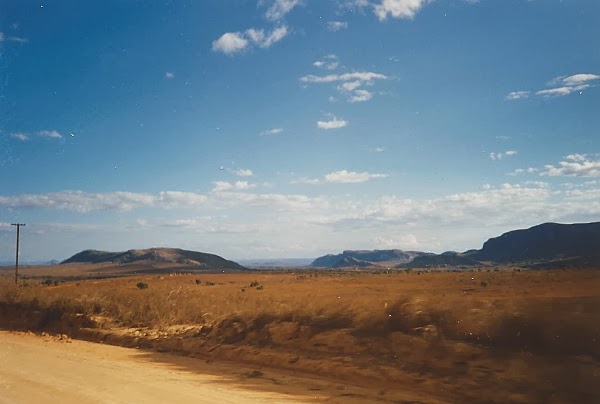 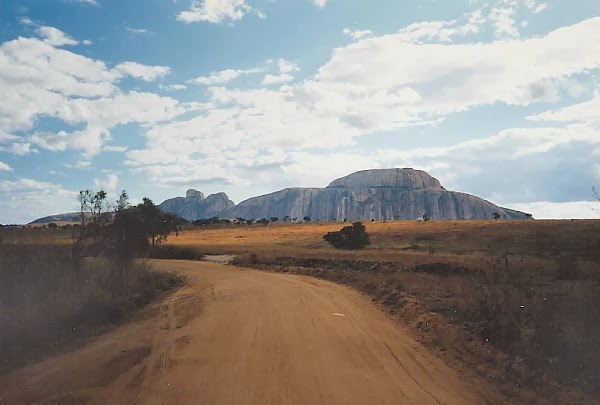 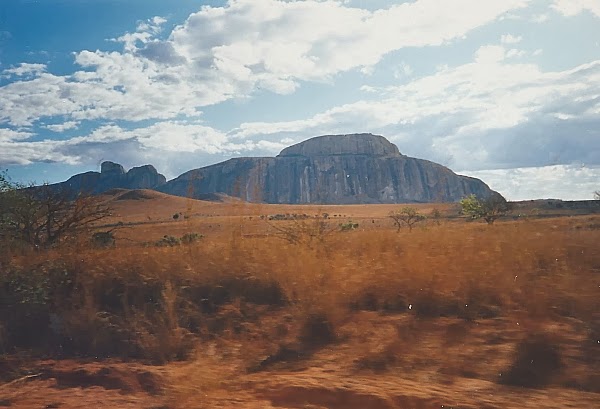 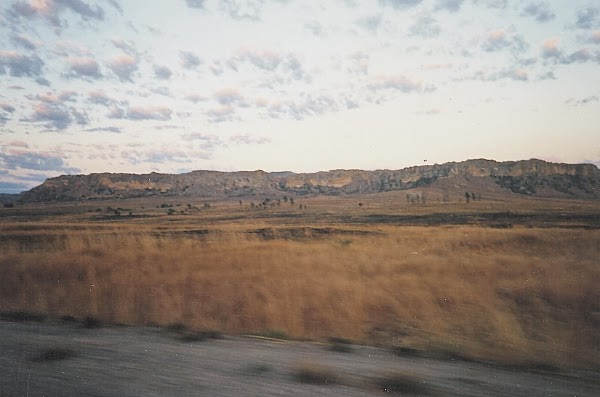 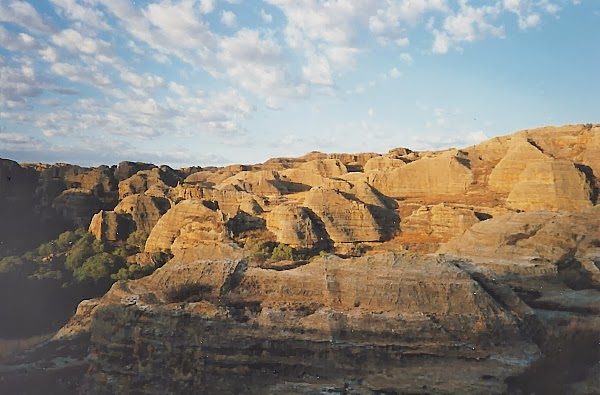 21 August.  We spent the early morning looking around the 'oasis' where we found Benson’s Rock Thrush and 2 superb Cuckoo Rollers (best views so far) then Terry drove us south to Zombitse for late morning.  In the remaining forest by the main road we found Appert’s Greenbul, rather more pleasing than we’d expected, Crested and Giant Couas, another Cuckoo Roller and 5 Red-fronted Lemurs.  The Giant Couas were rather harder to see than we had anticipated with one walking quite quickly across the trail and another flushed at dusk.  We continued south a short distance to Sakaraha for provisions returning to Zombitse for late afternoon to prepare for an owling session.  We successfully spotlighted 2 White-browed and a grey Madagascar Scops Owl.  We considered finding somewhere to stay in Sakaraha and returning to Zombitse the following morning for better views of Giant Coua but the village hadn’t seemed very inviting and we were keen to get to the spiny forest at Ifaty.  We left Zombitse after dark and drove the couple of hours to Toliara where we stayed in unmemorable hotel. 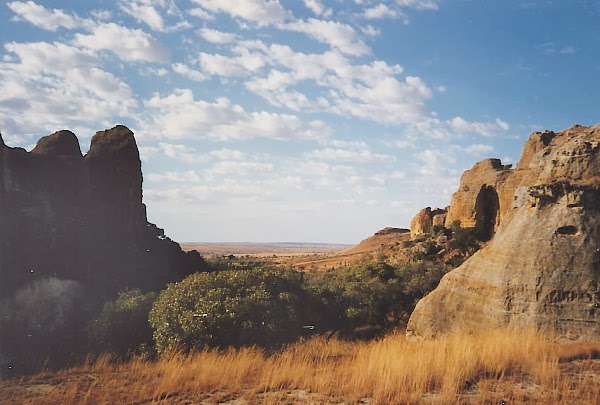 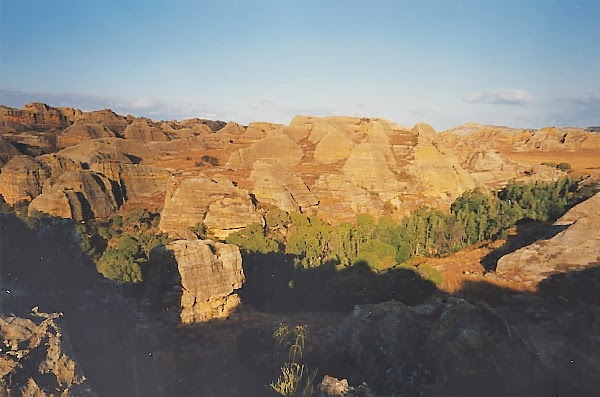 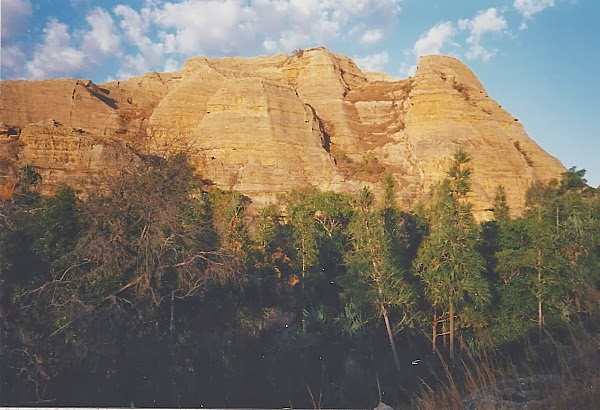 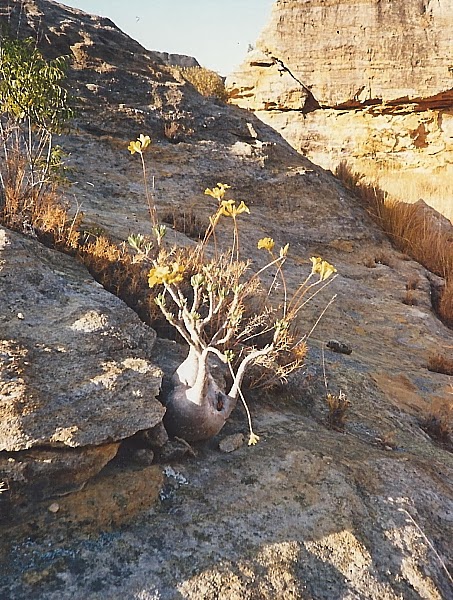 Posted by richard fairbank at 19:39