My ambition on checking the gulls on the Adur (at low tide, mainly for colour rings) has been to find a Caspian Gull, preferably a colour-ringed individual.  I've previously had a couple that I felt were but didn't feel I had got quite enough on to rule out a hybrid. Today's bird appears to me to be a classic.  According to the CR-birding web-site it appears to have been ringed in the Lausitz area of East Germany, inland near Polish border.  This is a mixed colony where Caspian Gull dominate although hybrids are possible so maybe a trait score is needed.  I'll post more when I find it out.

Today's low tide was mid afternoon and going after the tide had dropped seems a good time to avoid bait-diggers.  A reasonable number of gulls were spread along the Adur by the airport and I went down the west bank to have the sun behind me.  I soon saw a North Thames Herring Gull although it took a while to read the ring (FZ2T).  Then I noticed a very white headed gull which started ringing alarm bells.  That it had a green ring on added to my excitement but although I could read 3 letters it was standing in a dip and I felt it had a 4th.  I changed position to try and get a side view but it twisted to remain head on.  Eventually I got excellent views (and read the 4th letter on the ring).  I phoned Paul James, the only local I had a number for and continued watching and photographing the bird.  Fortunately Paul and Briget arrived before the bird flew off. 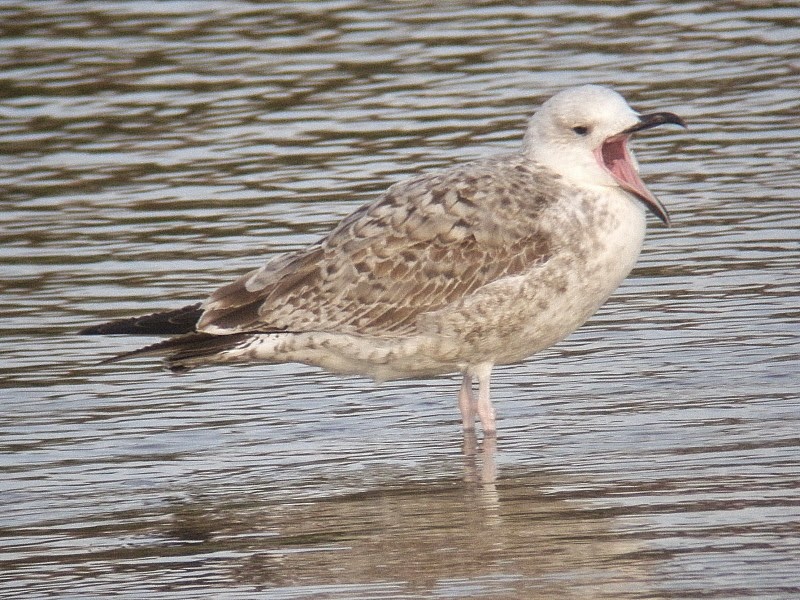 Walking back after it flew off I saw another North Thames Herring Gull (XT6T) while earlier I had seen a Kingfisher, a Wigeon and a Curlew on the same stretch of river.  In the morning Megan and I had a walk around Cissbury.  Lovely and clear (Portsmouth's Spinnaker Tower clearly visible) but few birds and migrants represented by 2 Swallows, a superb Tree Pipit, 3 Blackcaps and 8 Chiffchaffs. 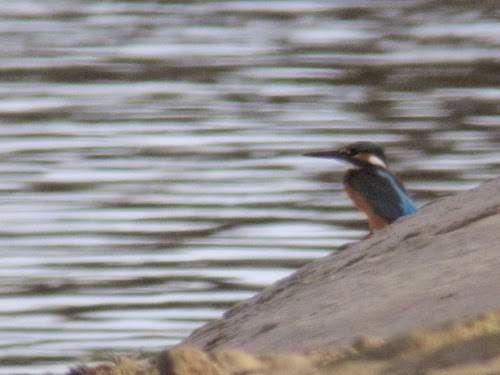 Posted by richard fairbank at 20:16