unphotographed Waxwings and a Wheatear - first half of March highlights

Wednesday 15 March. Early foggy patches, Shoreham Harbour was clear (resident Brent and a Fulmar over the Fort) but Widewater and inland gloomy. It cleared somewhat but a new North Thames Herring Gull on the Adur was best by a long way. It was my mother's 91st birthday and on the way to afternoon tea we called in at the Fonthill/Newtown Road junction where two Waxwings were feeding very unobtrusively in the back of the main berry bushy. Not expecting to see them I omitted to take a camera.
Tuesday 14 March. Cycling to work a pale upright bird on the roof of Parker Steel caught my eye. Fortunately my travel bins were to hand and, as suspected, it was a male Wheatear. My first of the year is always rather special and this was no exception, more so as I wasn't sure if I'd catch up with one in March as I'll shortly be away for the rest of the month.

Sunday 12 March. The fog had cleared at Shoreham Fort but a light northerly wind restricted passage to two small groups totaling 13 Brent Geese flying E while another was in the harbour. A look on the beach at Widewater produced just 2 Meadow Pipits and later I saw another 5, 29 Sky Larks and 2 Corn Buntings with Megan on a walk around Steepdown.

Saturday 11 March. It was foggy in Shoreham all day. Three Meadow Pipits at Shoreham Fort were the best I managed before giving up. As John King told me, at least if you take a dog for a walk and see no birds you've achieved half of what you set out to do. Just not the right half ...

Friday 10 March. Waking to the sound of the fog horn I didn't visit the coast but Megan and I took Cookie to Rackham and Parham. It was dull and very quiet with a Coal Tit and 2 Nuthatches at Rackham and commoner duck on the brooks. Parham was better with Egyptian Goose, a pair of Mandarin and a flock of about 50 Redwing.

Wednesday 8 March. Two Purple Sandpipers were showing on the inner arm of Shoreham Harbour and a pair of Red-breasted Mergansers at Widewater.

Sunday 5 March. We visited Croome on our way home from Worcester seeing 3 Fieldfares. I didn't fancy a short detour to see an urban Blue Rock Thrush at Stroud, the one I'd seen on the cliffs at Pendeen in Cornwall still does me nicely even if it was almost 16 years ago. Coming back we saw a Red Kite on the A417 and 7 on the M4.

Saturday 4 March. An enjoyable day in Worcester, the views over the city from the catherdal tower were well worth the entrance fee and climbing 235 increasingly narrow steps. Earlier along the Severn Megan saw a Kingfisher while I was trying to read the ring on a Mute Swan. I was soon to discover that most of the 120 Mute Swans seen were colour-ringed. 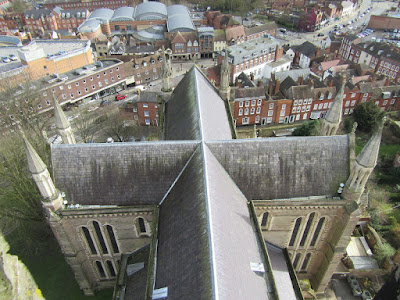 Friday 3 March. A wet day's drive to Worcester seeing just one Red Kite on the M40. We called in at Hanbury Hall by which time the rain had eased off and much to my surprise saw a superb male Reeve's Pheasant. Not expecting anything I had neither binoculars or camera with me and later regretted not returning to the car for them. Later we saw a Grey Wagtail during a walk along the Severn in Worcester.

Wednesday 1 March. Nine Great Crested Grebes were on the sea off Shoreham Fort but nothing was moving there. A Purple Sandpiper gave good views and 2 Rock Pipits were seen, both lookinhg very ordinary. 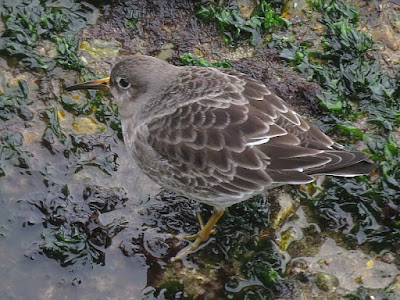 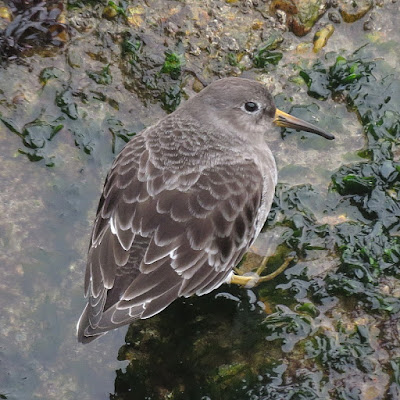 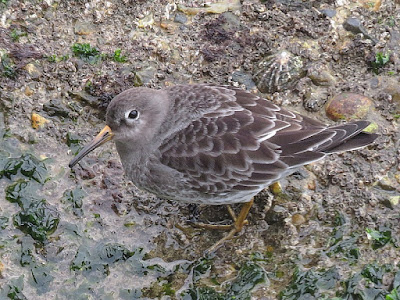 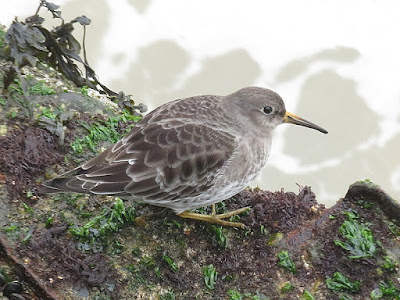 Posted by richard fairbank at 18:05