Sunday 23 April. A slow starting but eventually excellent seawatch from Splash Point. I was ther with others, most notably on the jetty John King, Derek Barber and Matt Eade, from 05:30 until 15:00 when I (and others) had to leave for various family commitments.

During the morning the light SE wind moved around to south then SW. I saw:

The Mediterranean Gulls included flocks of 34, 29, 36 and two of 20. Most were small groups of adults flying in pairs but they also included 14 first-summers and 5 second-summers.
Saturday 22 April. A colour-ringed Norwegan Great Black-backed Gull was read on the Adur. A ringed North Thames Herring Gull was also present but flew before it could be read. 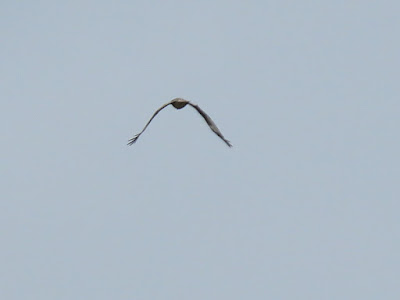 Thursday 20 April. 5 Sandwich Terns flew East along Southwick Beach as I was cycling to work.

Wednesday 19 April. A Wheatear was seen on Southwick Beach as I cycled to work.
Posted by richard fairbank at 20:03