Friday 25 January. A Pochard was about the best on offer at Brooklands during a brief visit on the way over to Worthing to visit Megan's dad. A visit to Adur saltings half an hour before a not so high tide produced the Greenshank, Curlew, 51 Redshank, 6 Snipe and 73 Teal.
Wednesday 23 January. I took Cookie to Goring Gap to look for the Snow Bunting again. It wasn't immediately obvious so we did a short seawatch seeing 8 Red-breasted Mergansers, 6 Gannets, 21 Red-throated Divers, 23 Great Crested Grebes, 2 Kittiwakes and about 100 auks of which six were identified as Razorbills. There were a few Grey Plover and Sanderling on the beach and a second attempt at the Snow Bunting was successful. We stopped at Widewater on the way home seeing ARK and DS. There were at least 120 auks offshore, the closest being 20 Razorbills and 2 Guillemots, and 15 Little Grebe and 2 Coot on the lagoon. I misjudged the tide and arrived at the saltings to find them completely covered. Later Megan and I took Cookie around by the houseboats and the Greenshank was visible from the A259. 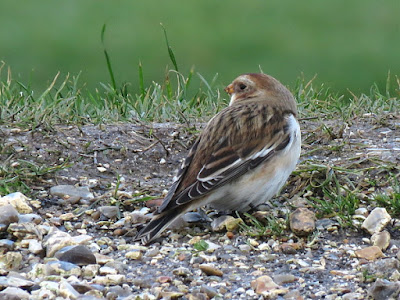 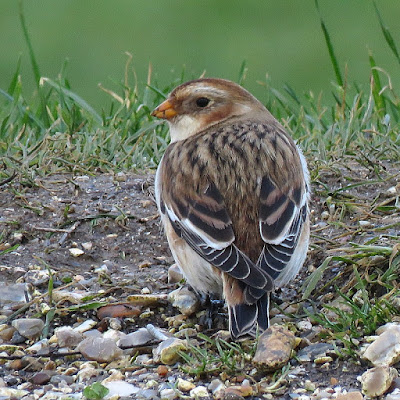 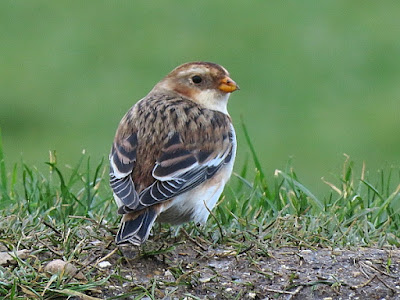 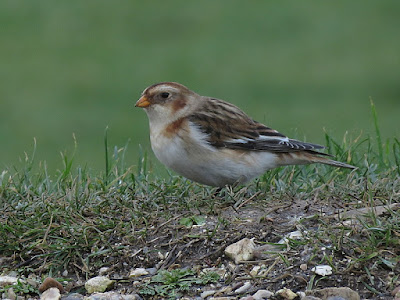 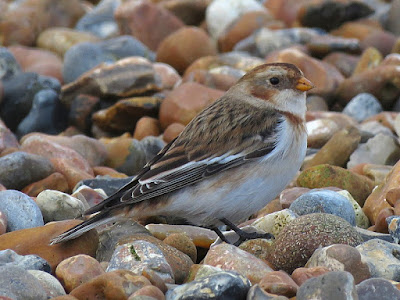 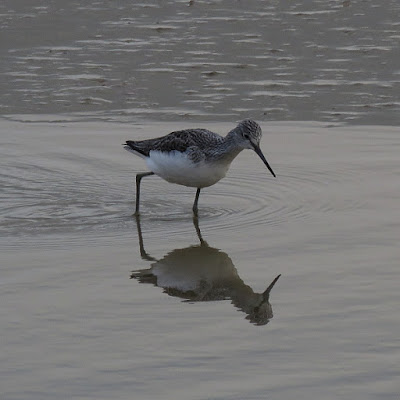 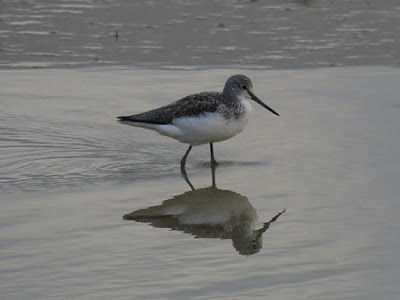 Sunday 20 January. A day out in West Sussex with DB. We started at Knepp where the Mill Pond had been drained. DB saw Water Rail and Kingfisher but I was looking the wrong way both times. We soon continued on to Petworth Park where 30 Redwing were around the car park and two male and a female Goosander were on the small pond. At West Dean Woods we failed to find the Little Owl before and after walking up to Monkton Farm. There a single Hawfinch was seen sitting in the top of a thin conifer on the opposite hillside. Decent views through a telescope, it slowly twisted from side to side while flicking its outer tail feathers. It appeared as if it was singing but was too far away to hear even if it had a loud call, which it doesn't. We also saw a Sparrowhawk, 3 Red Kites, 15 Red-legged Partridges, 2 Marsh Tits, 2 Mistle Thrushes and 6 Siskins. We finished at the Burgh, stopping near Burpham Church to see the ten Bewick's Swans. We were a bit late at the Burgh with Buzzard the only raptor seen although a superb Barn Owl was hunting over the fields about the barn. We also saw 10 Grey Partridges. 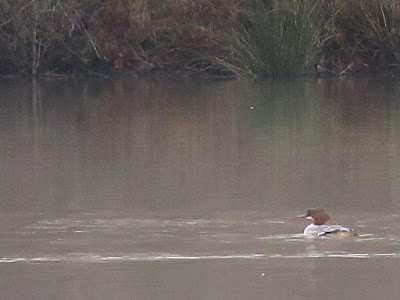 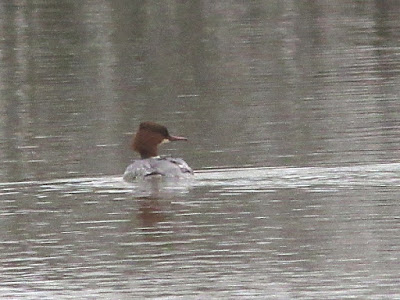 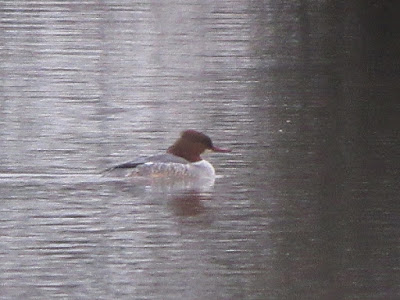 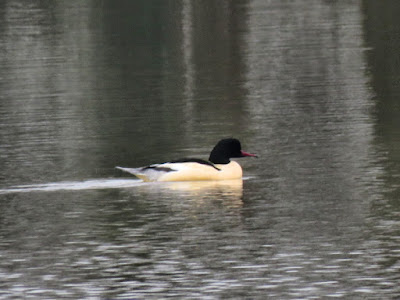 Saturday 19 January. The Glaucous Gull JK and I saw on the Cuckmere (see previous blog) was almost certainly a different individual to the one(s) found by LP and JP at Newhaven on 12th and David Campbell in the Cuckmere on 16th.