Friday 11 December. David Buckingham and I visited a flooded West Rise Marsh. It didn't start well for me when the first puddle revealed a split in my right Wellington and I had a wet foot for the rest of the day. At West Rise, trying not to venture into too deep water as we circumnavigated West Langley Lake, we saw 11 Pochard, 25 Tufted Duck, 20+ Common Snipe, 300+ Herring Gulls (including 3 argentatus), 5 Yellow-legged Gulls (of various ages), a Sparrowhawk, 5 Bearded Tits (keeping too low in the reeds for my camera to focus on them when they appeared) and 3 Stonechats. Several Water Rails and Cetti's Warblers were heard. At Sovereign Harbour the Velvet Scoter was showing well near the lifeboat and a Common Seal was in the harbour entrance. Arlington Reservoir was as flat as a mill pond making the Black-throated Diver easy to spot (when it wasn't under the water). Also there we saw 680 Wigeon, an adult Yellow-legged Gull, a few Fieldfares and Redwings and a Grey Wagtail. Our final stop was High and Over from where we scanned the Cuckmere for geese. DB just beat me to finding a/the flock of 22 White-fronts tucked away close to the riverbank. An enjoyable day, apart from the wet foot. I've now two spare right wellingtons, one short and one normal. Hopefully the next boot to go will be a left. 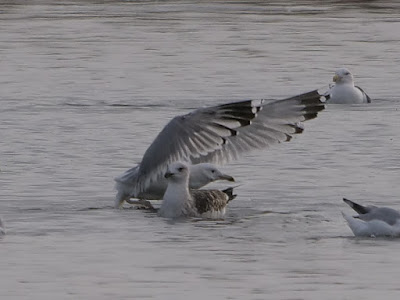 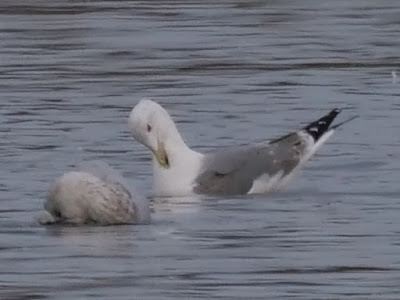 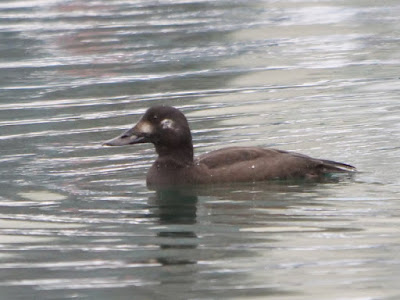 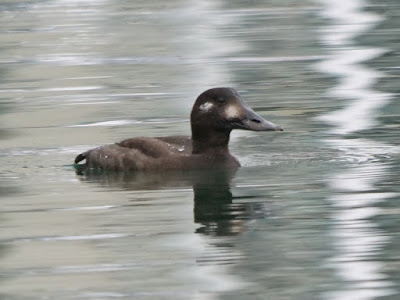 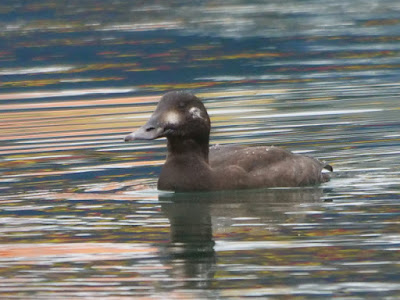 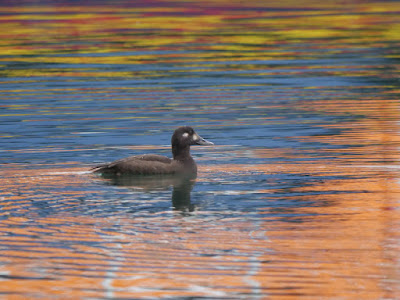 Thursday 10 December. Assisted by Cookie I seawatched from Widewater for an hour in a strong SSE wind but saw little. A Common Scoter, 2 Great Crested Grebes, 4 Kittiwakes, 60 Black-headed Gulls, 2 unidentified auks, a close Guillemot and a Gannet flew E and a Fulmar, 3 Gannets and 2 unidentified divers west. A walk around Shoreham Fort produced just 6 Turnstones and we headed home. Later a low-tide visit to the Adur produced 2 Grey and a Ringed Plover, 49 Great Black-backed and 350 Herring Gulls (including a very distinctive argentatus) and two colour-rings. One of the colour-rings was new for me, a Le Havre Great Black-back, the other a returning North Thames Herring. I continued on to the Cuckmere in the hope the rough weather had produced a decent roost. It had with at least 2000 large gulls, mostly adult, present in two flocks south of the A259. However they were right in the middle of the fields, packed tightly together and mostly asleep so far from ideal viewing conditions. There were about 1450 Great Black-backs, 300 Herring and 200 Lesser Black-backs. The Herrings included several pure white-headed birds, more than I was expecting this early in the winter. Also at least four I was happy were identifiable argentatus but I wasn't keeping tabs on them and there could easily have been many more. In an hour and a half before the light went I saw about six adult Yellow-legged Gulls, most stood to allow their legs to be seen. There were a couple of sleeping white-headed, slightly darker mantled than argenteus, which it would have been nice to have seen standing but I never did. As far as Caspian Gulls went, at the time I thought I'd seen one and possibly two first-winters, a third winter/near adult and one or possibly two adults but at home the more I looked at what images I had, none of which showed much detail, the less confident I became. 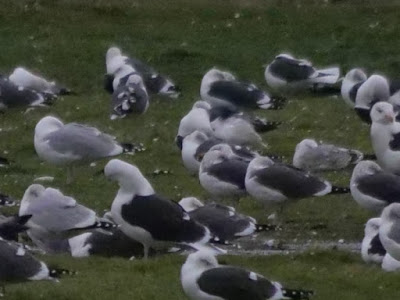 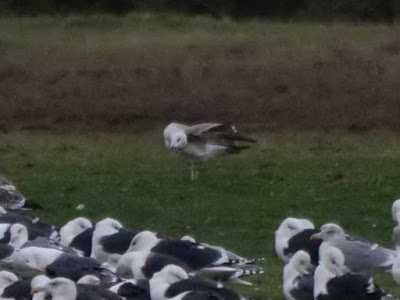 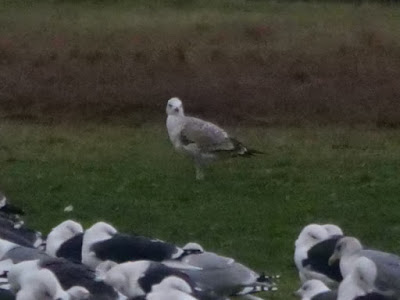 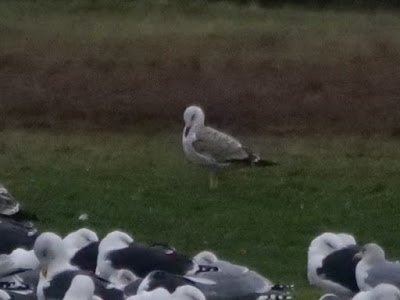 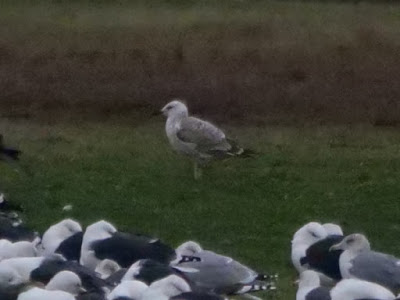 Wednesday 09 December. I took Cookie to Dacre Gardens and we walked up the Adur to Beeding Priory, crossed there and returned down the west side continuing to Coombes before returning. We saw a single Greylag Goose, Grey Heron, Kingfisher, Great Spotted Woodpecker, Kestrel and 2 Goldfinches. 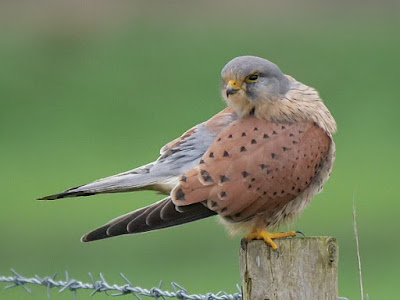 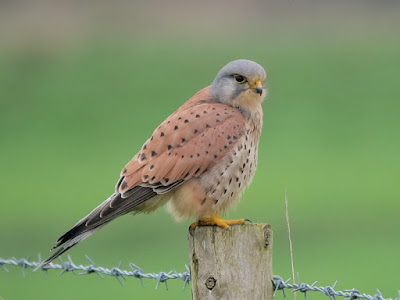 Posted by richard fairbank at 16:56