West Sussex and Yorkshire in June

Monday 13 June. A late start having returned from Brazil the previous evening, Megan and I took Cookie to the boardwalk and Shoreham Fort but only saw 2 Linnets. Two Swifts and a Stock Dove were seen over/in our garden and a colour-ringed adult Great Black-backed Gull on the Adur was probably the Le Havre individual 50H which I'd seen there seven times since October 2017. I couldn't be sure as I was viewing into the light.

Tuesday 14 June. I took Cookie to West Mill and we walked out to the Downslink. We saw 8 Lapwings, 4 Skylarks, 4 Reed Warblers, 9 Whitethroats, a male and a juvenile Stonechat, Nightingale, 3 Yellowhammers and 5 Reed Buntings. No Turtle Doves were seen or heard in what has been a moderately reliable site in recent years. Later I went to Lavington for my second Woodcock Survey but drew another blank. Very concerning as this has been a very reliable site although in recent years sightings have become fewer. Of some consolation were 4 Nightjars, 2 Hobbys and single Dartford Warbler and Stonechat. The only plus is not having to make a third visit, although I'll have to try elsewhere to see Woodcock which I find really brilliant. 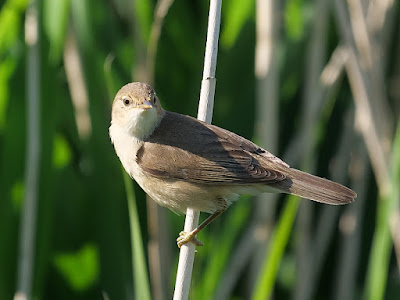 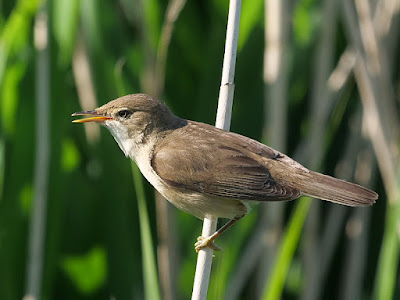 Wednesday 15 June. A Sandwich Tern off Widewater with Megan and Cookie.

Thursday 16 June. My South Downs Farmland survey west of the Burgh (and birding my way there and back) produced a Red-legged Partridge with 4 chicks, 5 Grey Partridges with 3 chicks, 7 Swifts, 3+ Red Kites, Cuckoo (heard) and Cetti's Warbler.

Friday 17 June. I took Cookie to Knepp where we eventually found a Turtle Dove in the NW corner of the South Section. Another species which seems to be declining fast. Also seen were Red Kite, Garden Warbler and 2 Spotted Flycatchers while a Nightingale was heard. 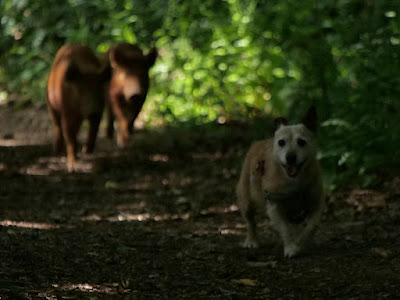 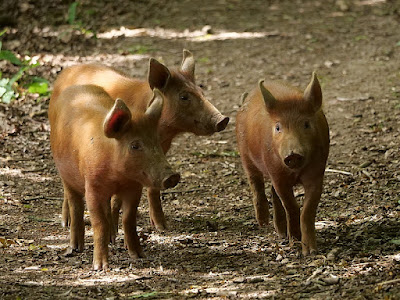 Saturday 18 June. Nessa was down for the weekend and we went to Rackham seeing a released White-tailed Eagle on the Wildbrooks and Green and Great Spotted Woodpeckers and Coal Tit in the woodland.

Sunday 19 June. Another visit to Widewater where a pair of Mute Swans on the western part had 3 small cygnets while another adult was sat, presumably on a nest, on the eastern island.

Monday 20 June. A male Yellowhammer was singing on Mill Hill.

Tuesday 21 June. I took Cookie to Cuckoos Corner and we walked a short distance up towards Coombes seeing an adult Mediterranean Gull, Red Kite, 4 Reed and 2 Sedge Warblers, a Swallow, 2 House Martins and 9 Reed Buntings. In the evening I went to Pulborough where 8 Lapwings, 4 Little Ringed Plovers and a Green Sandpiper were on the North Brooks with a Barn Owl flying around the South Brooks. On the heath at one stage 6 Nightjars were chasing each other around and I heard and had a very poor views of a Woodcock and a Tawny Owl. 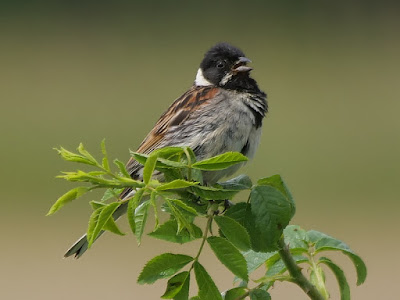 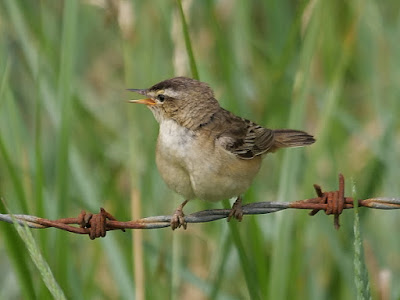 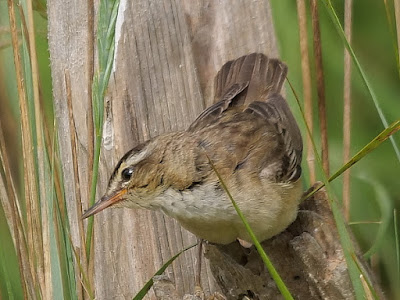 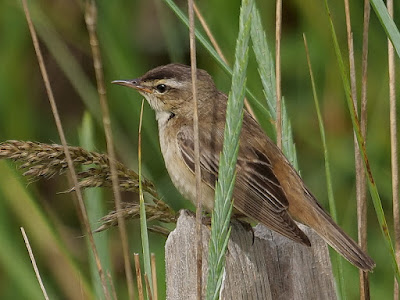 Wednesday 22 June. Megan and I took Cookie to Steepdown where we saw 4 Swifts, 19 Skylarks, 2 Swallows, a male and juvenile Stonechat, 3 Meadow Pipits and 7 Corn Buntings.

Thursday 23 June. Megan and I took Cookie to Dacre Gardens and walked up to Beeding and back. Two Yellowhammers and 2 Reed Buntings were the highlight.

Friday 24 June. I took Cookie to West Mill and we walked out to the Downslink. We saw 5 Lapwings, Red Kite, 4 Skylarks, a Cetti's and 6 Reed Warblers, 6 Whitethroats, 5 Stonechats, 4 Yellowhammers and 3 Reed Buntings. I heard a Bullfinch but again no Turtle Doves. Later returning from the allotment we saw 7 Swifts over Middle Road, matching my highest count this year. 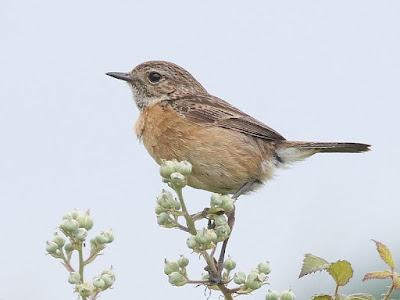 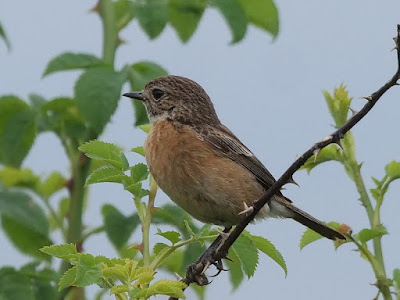 Saturday 25 June. Megan and I took Cookie to the Adur and walked up to Cuckoos Corner and back seeing Sedge Warbler and 2 Reed Buntings in a stiff breeze. Megan had intended going to Chichester Festival Theatre but train but with the rail strike we drove that way, had a walk around the Trundle (being amazed how many seemed to be attending/camping at Goodwood Festival of Speed) ad I dropped her off. Cookie and I continued on to Church Norton where we sat on the more comfortable of the two benches for 90 minutes or so watching the tide very slowly come in. We saw an unseasonal Brent Goose, 2 Grey and 2 Ringed Plover, 13 Curlews, at least 21 Mediterranean Gulls and 80+ Sandwich, 14 Little and 3 Common Terns.

Tuesday 28 June. I took Cookie to Knepp where we spent 3.5 hours in the South Section without seeing or hearing any Turtle Doves. We saw Red Kite, 5 Jays, Nightingale and a Nuthatch while a Garden Warbler was heard. The dearth of Turtle Doves is a concern and my experience in the south section of Knepp in recent years is that they are declining, at least in the areas within earshot of footpaths. Sadly mine is a very different experience to that recently tweeted by @Knepp Wilding: Knepp may be the only place in the country where numbers are rising year on year. They must be doing really well in the inaccessible areas of Knepp for this to be true but I'll try again (and at West Mill where I've not seen any in three visits this year). At 9:30pm I picked up Matt Palmer in Hove and we drove up to Bempton Cliffs RSPB. 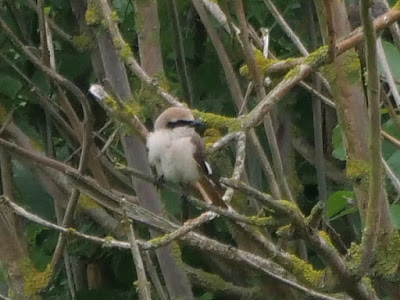 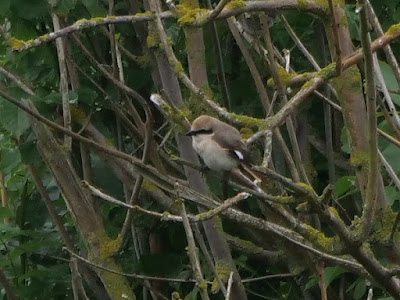 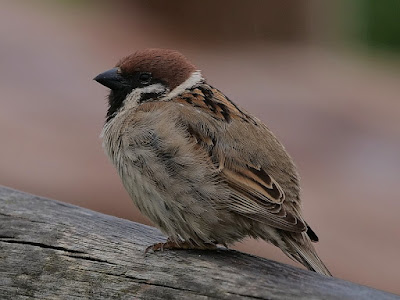 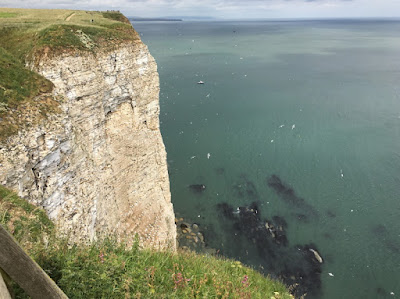 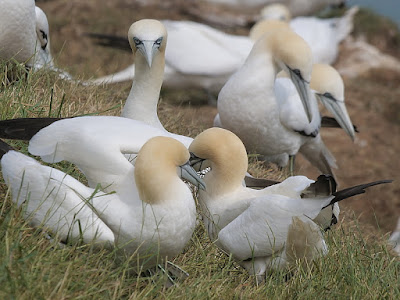 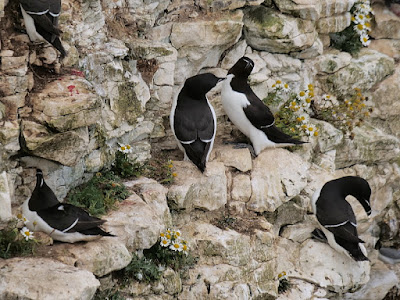 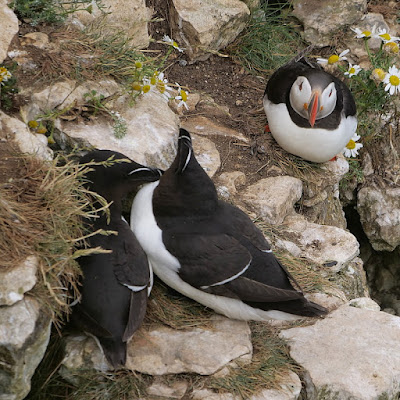 Thursday 30 June. Four Oystercatchers and a Sandwich Tern were seen on Shoreham Beach with Megan and Cookie.

Posted by richard fairbank at 22:09