Sunday 06 November. I seawatched from Widewater from 07:30-09:00 in a strong SW seeing 11 Brent Geese, a drake Wigeon, a close red-head Goosander (at 08:35), 5 distant Kittiwakes and a Gannet flying W while an adult Mediterranean Gull and 4 Gannets flew E. Later on the Adur I fortuitously bumped into Matt Palmer as he picked out a first-winter Yellow-legged Gull on the far bank that, being with Megan and Cookie, I would probably have overlooked.

Monday 07 November. 07:45-08:45 at Widewater in a strong SW produced an adult Mediterranean Gull flying E and 3 Dunlin W. Later, after a visit to the Building Society, Le Havre Great Black-backed Gull 50H was opposite Coronation Green, the wintering Greenshank opposite Town Quay and the 'white-browed' Grey Plover opposite the Waterfront.

Tuesday 08 November. A seawatch at Widewater from 07:15-08:45 was enlivened by a female Merlin which flew in from the east and landed on the beach before continuing west. A close Kittiwake and a Meadow Pipit on the beach were the only other species noted. Later I took Cookie to Buckingham Park seeing Sparrowhawk, Lord Derby's Parakeet and Jay. 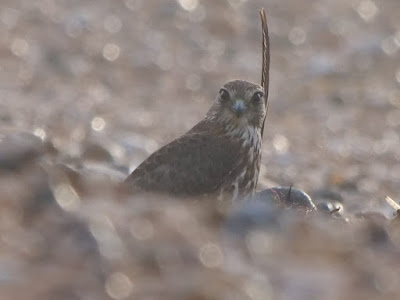 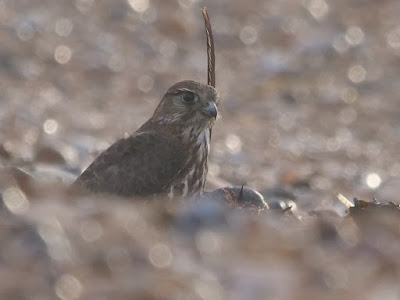 Wednesday 09 November. Megan and I took Cookie to Mill Hill where we saw Buzzard, Peregrine and a Clouded Yellow.

Thursday 10 November. I took Cookie to Shoreham Fort seeing Kittiwake, 3 Meadow Pipits and 12 Greenfinches but our search for Black Redstarts was unsuccessful. We called in at the Adur Saltings on the way home seeing 9 Teal, 35 Lapwings, Curlew, 29 Common Snipe, 52 Redshank and a Greenshank at high tide.

Saturday 12 November. Megan and I took Cookie to Mill Hill where we saw a Kestrel and 13 Goldfinches. It is really not very good at this time of year.

Sunday 13 November. Megan and I took Cookie to Southwick Canal where we saw 3 Stonechats  and 11 Greenfinches. 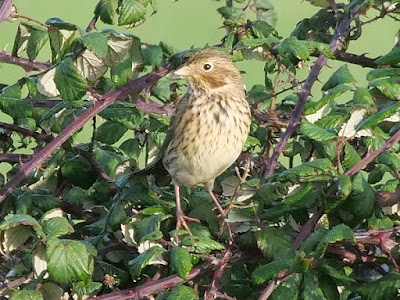 Tuesday 15 November.  I seawatched from Widewater from 07:15-08:20 in a strong S wind with heavy showers. Visibility was poor and shelter very limited making the experience rather challenging. Sixty-eight Brent Geese flew west in flocks of 3-19 with 14 Turnstones feeding on the beach.

Wednesday 16 November. I seawatched from Widewater from 08:00-09:10 in a moderate/strong SW wind seeing 50 Gannets and a few gulls. Later on the Adur a first-winter Mediterranean and an adult Yellow-legged Gull were on the Adur by Ricardos and 2 Grey Plover opposite the Waterfront. 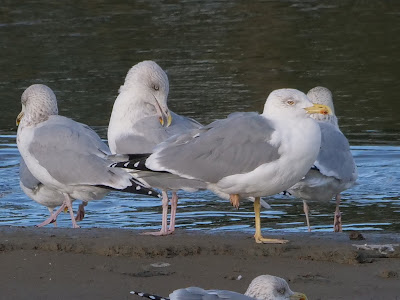 Posted by richard fairbank at 21:59