I was privileged to join a privately organised trip to Eastern China, a space having been advertised on the Oriental Birding chat group, more so as it was with Alan Lewis, Pete Morris and Barry Reed, all extremely keen and very competent birders.  We flew out from the UK on the evening of Friday 14 May, three from Heathrow and Pete from Manchester, meeting in Dubai and arriving at Shanghai just before midnight on Saturday 15 May.

Sunday 16 May:  Zhang Lin met us at Shanghai Airport and we were taken by taxis to hotel near Zhang Lin's house for about three hours sleep.  Zhang Lin’s girlfriend took Barry and me to Nanjing by train while Alan and Pete went with Zhang Lin to Rudong for the day.  The train was very quick and amazingly efficient, with very orderly queues on the platform level with each door and everyone seemingly with an allocated seat.  After 2.5 hours, at 08:40, we arrived in Nanjing and were driven to Laoshan, about an hour away in the surrounding hills, by a local birder.  He greeted us with ‘the pittas are not back yet’, an immediate downer as Fairy Pitta, three pairs of which had bred at Laoshan the previous year, was the reason for our side trip (Alan and Pete had seen them previously and preferred to spend longer with the waders).  Laoshan was an interesting area but we couldn’t find any pittas.  Zhang Lin had warned us that it was a very late spring but even so it was a considerable disappointment and not the start to the trip we had hoped for.  We returned to Nanjing and were put on a coach to Nantong where we were met by ZL four hours later, at midnight.  Birds included Black Baza 2, Chestnut-winged Cuckoo heard, Indian Cuckoo 3, Collared Finchbill 2, Brownish-flanked Bush Warbler 3, Masked Laughingthrush 2, Chinese Hwamei 2, Vinous-throated Parrotbill 8, Chinese Blackbird 8, Rufous-tailed Robin 1, Yellow-rumped Flycatcher 3, Mugimaki Flycatcher 1), Blue & White Flycatcher 1 male cyanomelana, Forest Wagtail 5, Oriental Greenfinch 3 and Chinese Grosbeak 12. 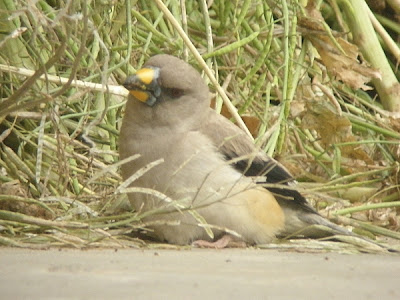 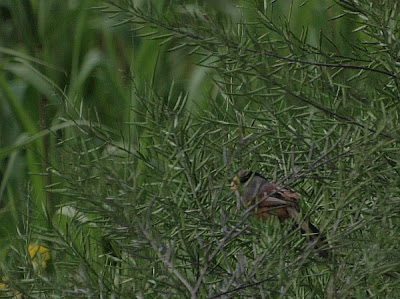 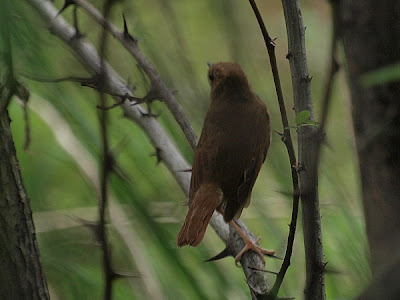 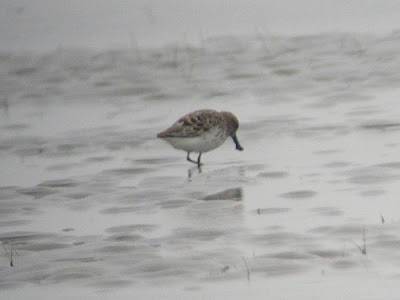 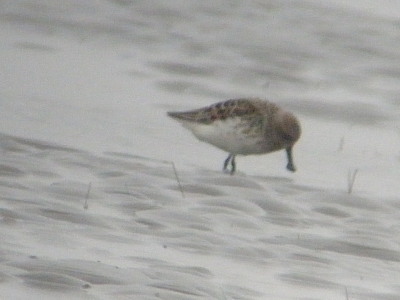 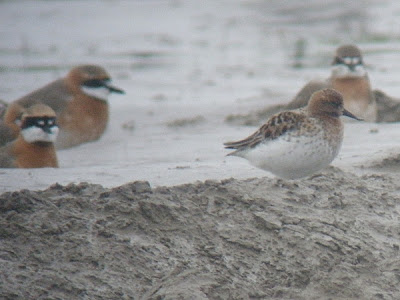 ﻿﻿﻿﻿﻿﻿﻿﻿﻿﻿
﻿﻿﻿﻿﻿
Tuesday 18 May:  The morning was spent at Isui marsh and the afternoon looking for migrants on Yangshan Island, reached by a long raised highway.  We returned to Shanghai and with Zhang Lin took the evening coach to Wuyuan arriving six hours later at 1 am.  Here we were met by Laolin and taken to a nearby hotel.  It was very useful that Zhang Lin was with us here as the coach didn't stop where Laolin was waiting and we had no means of contacting him (Zhang Lin having made the arrangements) not that he spoke much English.  Birds included Yellow Bittern 9, Cinnamon Bittern 1, Black-faced Spoonbill 3, Chinese Egret 1, Brown Hawk Owl 1, Tiger Shrike 1 male, Brown Shrike 30+, Mash Grassbird 1, Manchurian Bush Warbler 1, Middendorf’s Grasshopper Warbler 1, Reed Parrotbill 5, Daurian Starling 1, Eyebrowed Thrush 20, Brown-headed Thrush 1, Siberian Rubythroat 1, Blue Rock Thrush 3, Narcissus Flycatcher 2, Pechora Pipit 2, Meadow Bunting 1, Little Bunting 3, Yellow-breasted Bunting 1, Chestnut Bunting 4 and Black-faced Bunting 8 (1 personata). 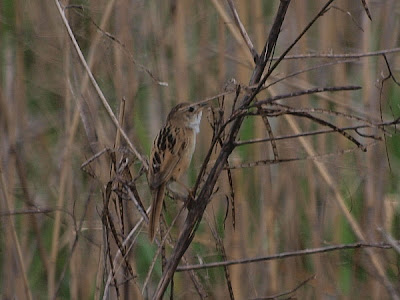 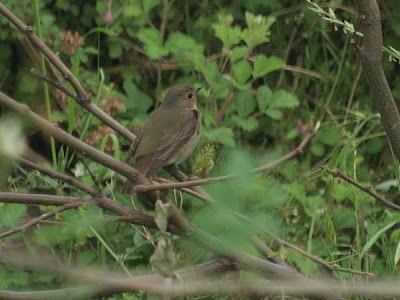 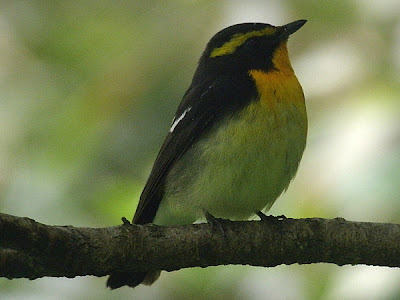 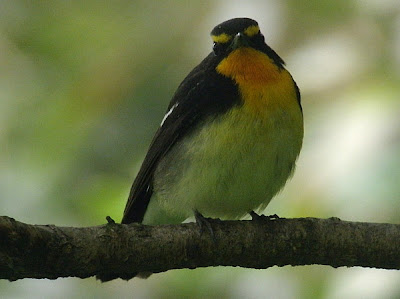 Posted by richard fairbank at 13:17