Thursday 27 May.  Early start heading for Xiaolongmen National Forest Reserve, southwest of Beijing, guided by Lemon.  We stopped a few times on the way arriving at the reserve guesthouse early afternoon.  The rest of the day was spent birding the road down from pass but it was not special (and not very warm either).  Unfortunately Lemon, who was rather out of his depth, could find no one at the reserve that had seen or heard Brown-eared Pheasant this year.  Thirty-three species were recorded by me, the more notable included a few migrants in one of the damp river valley bottoms on the way, and were Amur Falcon 3, Relict Gull 7 including 1 adult flew N over a nearby hillside, Black-capped Kingfisher 1, Yellow-bellied Tit 3, Chinese Hill Warbler 1, Thick-billed Warbler 1, Black-browed Reed Warbler 1, Claudia's Leaf Warbler 1, Daurian Redstart 7 (5 males), Yellow-rumped Flycatcher 1 male, Chinese Flycatcher 1 young male, Meadow Bunting 8 and Godlewski’s Bunting 4. 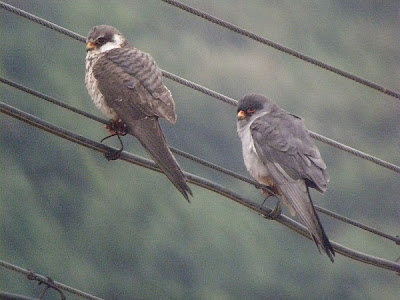 Friday 28 May.  Birded forest trails at Xiaolongmen up to and along the ridge in the morning and the forest directly above Jiang Shui He village in the afternoon.  Birding was somewhat disappointing despite seeing a good variety of species and it being excellent looking habitat, although low cloud didn't help at times.  I messed the afternoon up by returning unsuccessfully to look for an OBC cap dropped while failing to see a singing Chinese Thrush.  I then inadvertently took a different track to the others, who went on to see the thrush well.  Birds included Koklas Pheasant 1 male, Ring-necked Pheasant 2, White-thorated Needletail 2, White-backed Woodpecker 1, Yellow-bellied Tit 3, Songar Tit 3, Chinese Leaf Warbler 8, Yellow-streaked Wabler 2, Two-barred Greenish Warbler 1, Claudia's Warbler 1, Chinese Thrush 2 heard, Daurian Redstart 3, White-throated Rock Thrush 2 males (1 badly), Yellow-rumped Flycatcher 2 males, Chinese Flycatcher 3 (2 males), Blue and White Flycatcher 1 male cumatilis, Godlewski's Bunting 2 males.
﻿ 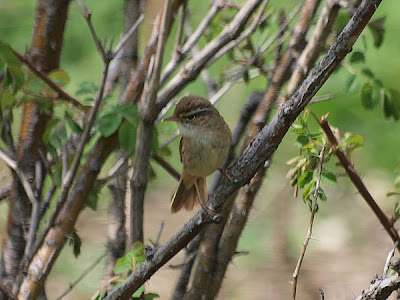 Saturday 29 May.  Birded lower forest trails at Xiaolongmen in the morning before getting the chair lift into higher, more open habitat above Jiang Shui He village.  We walked back down to the village and Barry and I returned to the forest directly above the village while Alan and Pete birded further down the road.  The Chinese Thrush was singing again and Barry spotted it through a gap in the foliage and we had good scope views.  Another look for my cap was unsuccessful.  Birds included Yellow-bellied Tit 6, Songar Tit 6, Long-tailed Tit 2 vinacens, Asian Stubtail 1, Yellow-streaked Warbler 4, Pallas's Leaf Warbler 3, Hume's Leaf Warbler 6 mandelli, Eastern Crowned Warbler 5, Claudia's Warbler 1, Wren 1, Chinese Nuthatch 2, Grey-sided Thrush 1, Chinese Thrush 1, Siberian Blue Robin 1 male, Daurian Redstart 5, White-bellied Redstart 1 male, Yellow-rumped Flycatcher 3, Chinese Flycatcher 6, Chinese Beautiful Rosefinch 4, Godlewski's Bunting 1, Little Bunting 1 and Yellow-throated Bunting 2. 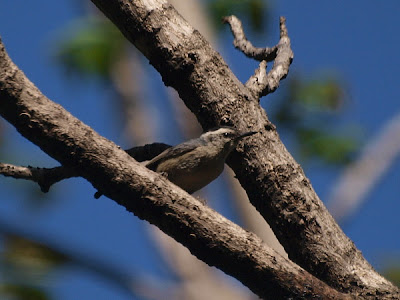 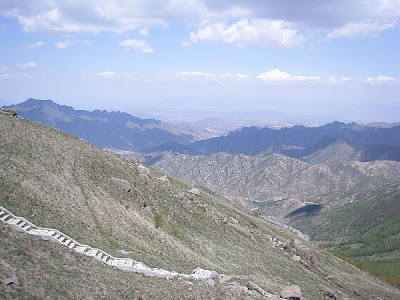 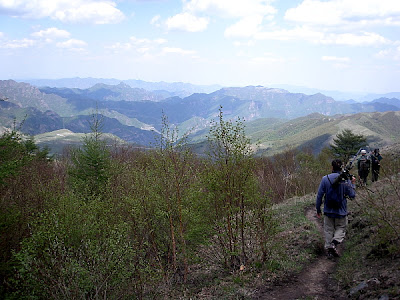 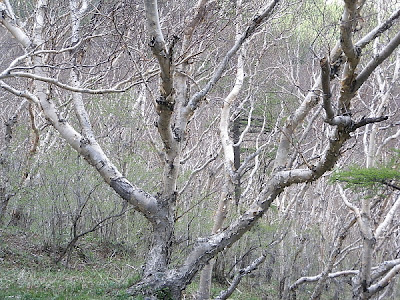 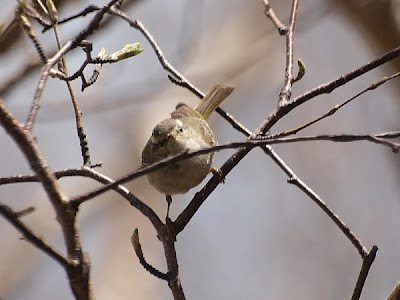 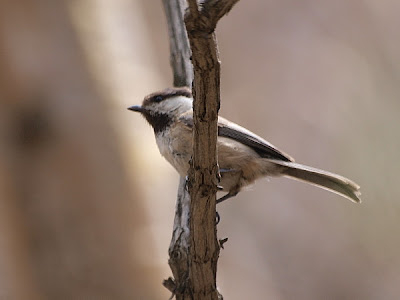 Sunday 30 May:   We left Xiaolongmen, after a last hopeful look for pheasants on the nearby hillside, with plenty of time to get back to Beijing for our flight to Xi’an.   We encountering no delays on the return journey and as the flight was a couple of hours late departing we regretted not spending longer birding, even if only to boost the day list.  Birds seen included Amur Falcon 1, Golden Eagle 1, Chinese Hill Warbler 1, Two-barred Greenish Warbler 1, Vinous-throated Parrotbill 2, Daurian Redstart (2) and Meadow Bunting 2. 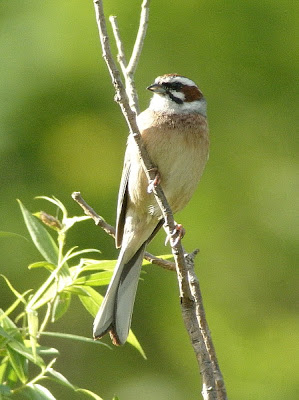 Posted by richard fairbank at 11:24