Monday-Friday 19-23 March. Still 36 Great Crested Grebes off Hove on Monday and a Rock Pipit on the beach there. 1-2 Peregrines on Southwick Power Station Chimney each day and a pair of Ringed Plovers mating on Thursday.

Saturday 24 March. A morning spent at various inland sites with John King produced excellent views of two very vocal male Lesser Spotted Woodpeckers at a traditional site.  Fantastic.  Three Wood Lark were seen well and occassionally heard singing at another where a flyover Crossbill was also recorded.  We then went to Pulborough RSPB but the hoped for early migrants were limited ot Chiffchaffs.  the Pink-footed Goose remained, perhaps now too long, on the North Brooks,  where a pair of Pintail were present with reasonable numbers of Teal, Shoveler and Wigeon, and a Peregrine showed well in its tree from the Hangar. It looked enormous which made me realise just how high up those on Southwick Power Station are - even taking account of seeing them each day through 8x20 bins. Few gulls were seen on an evening trip to the Adur although they did include my second ever colour-ringed Common Gull and a calling Curlew flying south, unfortunately without wingbars. 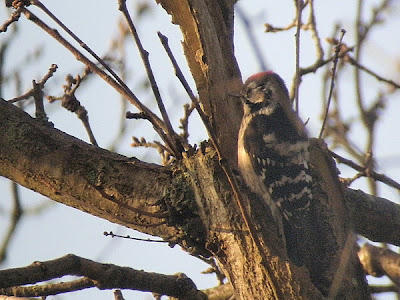 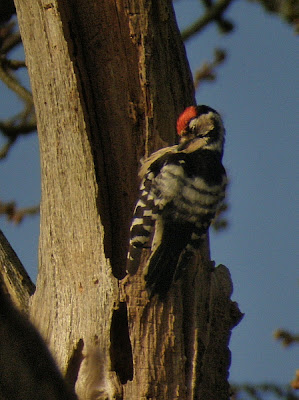 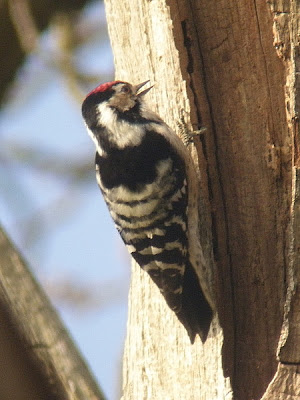 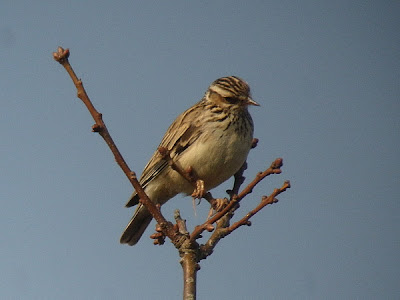 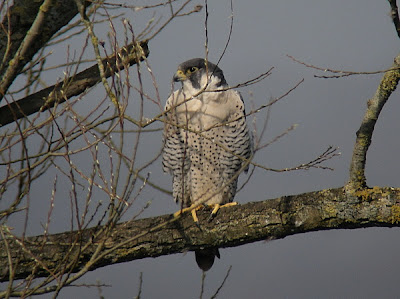 ﻿﻿Sunday 25 March.  Little was moving off the Fort first thing with 8 Gannets and 12 Sandwich Terns offshore, 7 Great Crested Grebes and 9 Common Scoter on the sea and 5 Brent Geese and 2 scoter flying E.  Both Peregrines were on Southwick Power Station chimney.  Nothing of note was on the Adur at low tide.

A slow worm was warming itself inside one of the composters on our allotment but unfortunately I'd not taken a camera with me.  It is the first I've seen for many years.

Posted by richard fairbank at 20:05