May 4th.  We left Tucson after breakfast and drove west, crossing into California just after Yuma late morning.  We then headed north looking for some small lakes just short of Calipatra.  We saw a flock of White-faced Ibis and a Long-billed Curlew but were unable to access the only lake we did find. It was hot and the area very flat and agricultural with methane power stations fuelled by battery farms of cows.  I hope one becomes accustomed to the smell but I am not sure that I ever would!  We checked into our motel in Calipatra and had a late picnic lunch, not having found anywhere suitable on the way. Megan and I visited the nearby Sonny Bono Salton Sea National Wildlife Refuge seeing a range of wetland birds on the pools and foreshore, several Gambel's Quail and migrant Wilson's Warblers and Warbling Vireos. I was hoping to find Clarke's Grebe but only 100+ Black-necked appeared to be present. I dropped Megan back at the motel and continued south to try and find somewhere to overlook the lake we had got close to on the drive up. A walk along a dirt track eventually gave limited views of it but few birds other than Double-crested Cormorants were present. After tea I returned to Sonny Bony NWR and stayed until dusk (one visit was enough for Megan).  This time, despite most of the Salton Sea being against the light from the setting sun, I was successful in finding a Clarke's Grebe offshore and managed to obtain reasonable views of it.  Other birds seen included Cinammon Teal, American Wigeon, Redhead, Northern Harrier, Killdeer, Marbled Godwit and Black Skimmer. 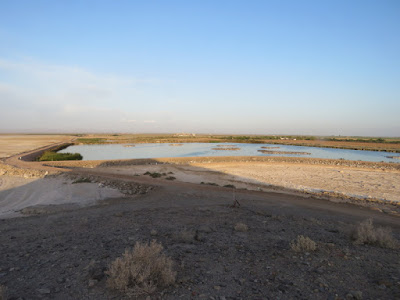 May 5th.  I returned to the Sonny Bono NWR at first light and spent an hour or so there before breakfast. Birds were similar to those seen the previous day although included Grey Plover, Willet, Ladder-backed Woodpecker and Black-tailed Gnatcatcher but it was a Bobcat that made the visit very worthwhile. 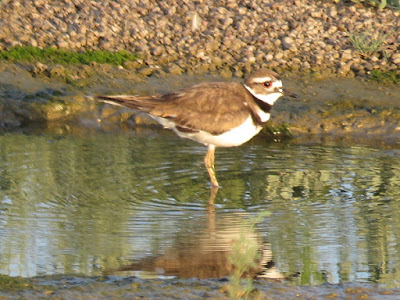 We left Calipatra after breakfast and drove north along the eastern side of the Salton Sea before cutting across to the Joshua Tree National Park.  We slowly drove across the park stopping to walk around the Cholla Cactus Garden and into Hidden Valley.  We did not stop at the Ocotillo Patch as they were no longer in flower, a pity as when they are hummingbirds find them attractive.  Perhaps by now we had become somewhat immune to the charms of vast scenic National Parks but we did not find Joshua Tree as impressive as most and rather wished we had visited at the start of the trip rather than the end.  It was also disappointing for birds with very few seen although the time of day wouldn't have helped. We left Joshua Tree National Park from the west entrance, resisting the temptation to visit 29 Palms to pay homage to the Robert Plant song (I'd not even thought to put it on my mp3 player). 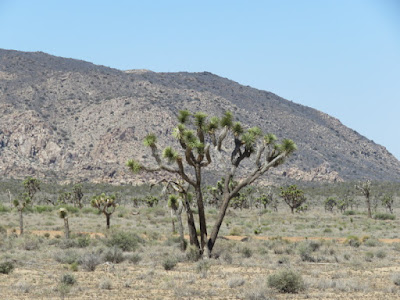 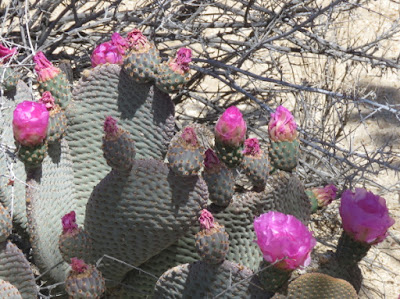 We drove west on increasingly busy roads before cutting through the Santa Ana Mountains. We managed to pick a lunch stop in a moderately scenic but particularly birdless area before continuing to San Juan Capistrano and the coast.  Our motel was in San Clemente, five minutes walk from the Pacific.  The last bird I was really keen to see was Heermann's Gull and ebird mentioned recent sightings from Dana Harbour four miles up the coast.  I visited in the afternoon seeing 20 rather distantly on the sea wall.  I was hoping for Black Oystercatcher too and thought walking up to Dana Point might give a better viewpoint.  It did as when I scanned the sea wall from there a single Black Oystercatcer was visible, if very distant. Near the point a family of California Gnatcatchers were also present although moved through the coastal scrub before I could get any photos.  A Californian Towee was much more obliging. 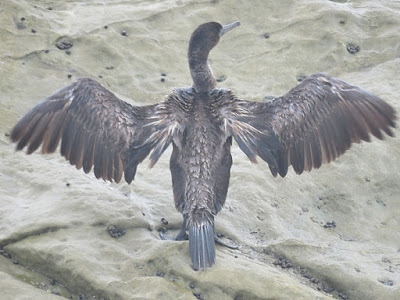 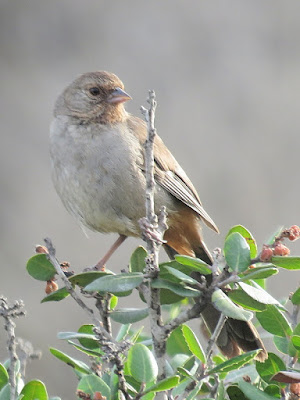 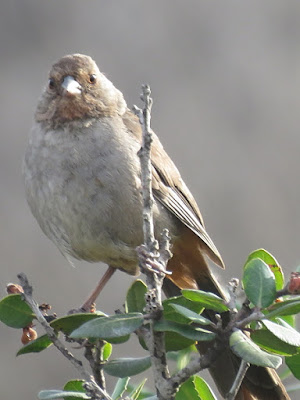 May 6th.  Before breakfast we all had a walk along by the beach at San Clemente.  I saw a diver flying high inland, California and Western Gulls, 3 Anna's Hummingbirds and a brief view of a probable Song Sparrow.  Not very much, particularly off-shore, but the path was very popular with walkers (some with dogs, some power-walking) and joggers (some mum's with prams).  After breakfast we drove north along the coast to Huntington Beach.  Some sections of the road were very slow with heavy traffic and many lights.  We eventually turned inland to the Lake Huntington section of Huntington Central Park but only had time for 45 minutes there.  It was enough for me to have a quick look around and find three Allen's Hummingbirds, something I had wanted better views of, but I would have liked longer. Pied-billed Grebe, Gadwall, Canada Goose and Tree Swallow were new for the trip and I also saw Audubon's, Wilson's and Yellow Warblers and Song Sparrow and another birder I met pointed out a Western Wood Pewee.  The area could be a good place for unusual migrants although these were unlikely to get pulses racing, nice as they were for me.  As it had been so slow driving up the coast we decided we had better use the Interstate to get back to LAX.  It was undoubtedly quicker but a seven lane highway was much more nerve-racking to drive on.  We dropped the car off at Alamo, caught the shuttle bus and were at a gridlocked LAX in plenty of time for our flight home.  It had been a very enjoyable trip, both as a family holiday (perhaps the last with all four of us?) and for birding (almost 60 new birds including California Condor, Olive and Red-faced Warblers and my favourite, Mountain Bluebird).

Posted by richard fairbank at 18:04