Surveys, Hares and an unseasonal sandpiper (16-21 May)

Saturday 21st. A late start at Shoreham Harbour where I arrived at 07:40. Up to 09:00 I saw 43 Gannets mostly flying east and 7 Sandwich Terns mostly going west. Hardly worth getting up for but a Purple Sandpiper feeding below the inner jetty made the visit worthwhile. When I saw what was probably this bird in late April it was my latest at this site but it still looked pretty much in winter plumage. Now it is showing some white and pale chestnut fringes on its upperparts making it altogether more attractive. Later a pair of Oystercatchers were chasing a crow from the roof of the warehouse by our allotment, possibly breeding there, and 4 Swifts were over the house early evening. 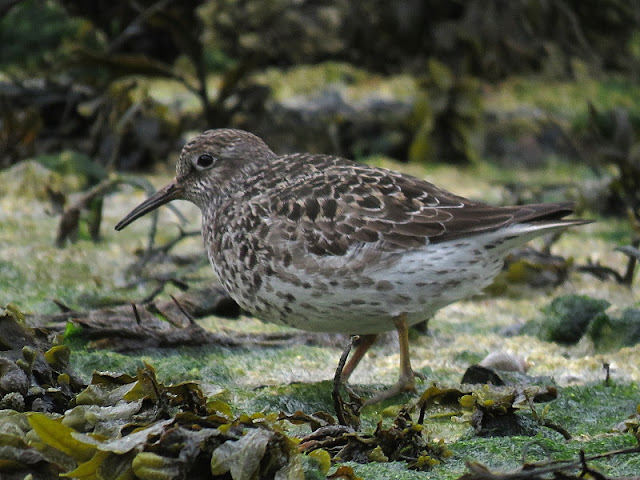 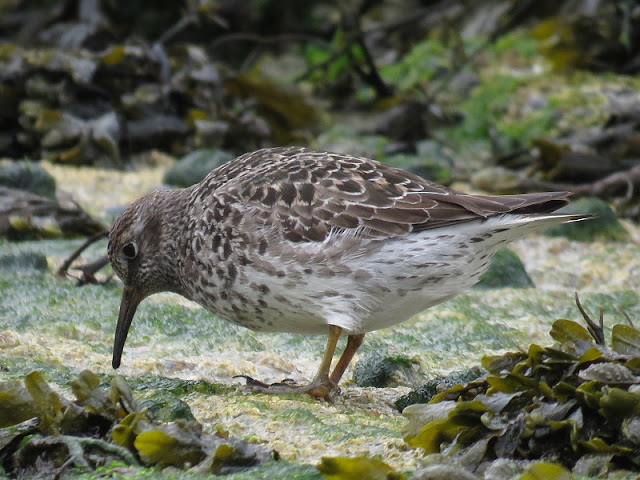 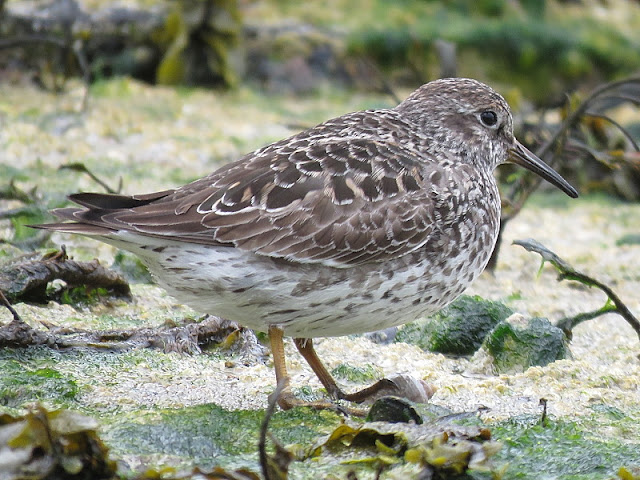 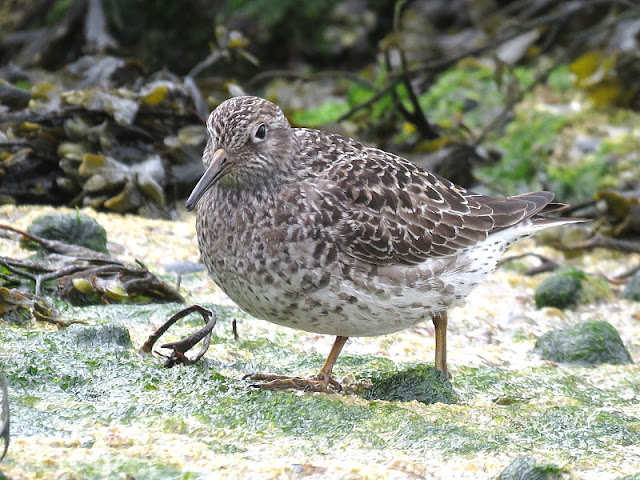 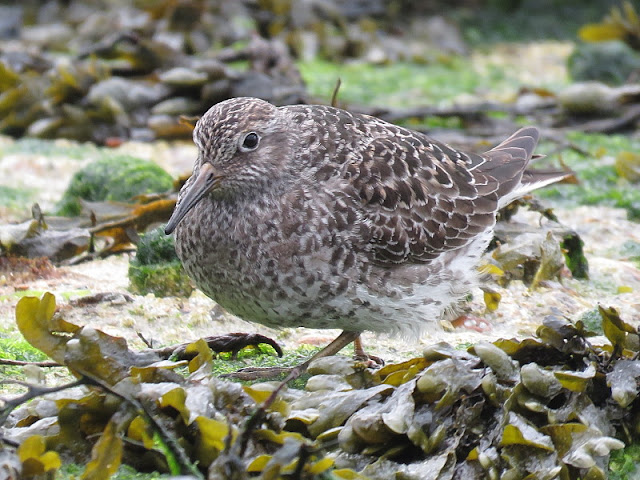 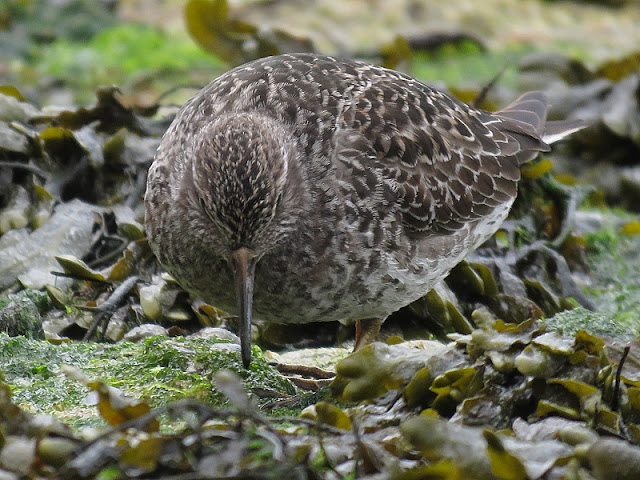 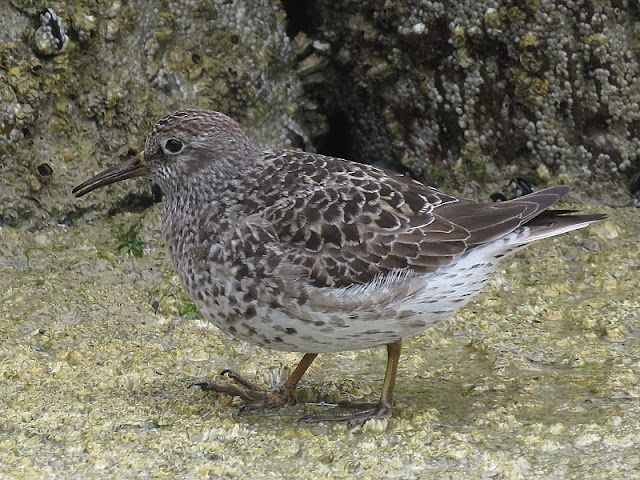 Friday 20th. I needed to fit in a Woodcock Survey this week and the weather looked best on Friday. It was OK but perhaps a bit cold and breezy, not that the midges were at all bothered. I had just 5 Woodcock encounters between 20:57 and 21:48, one right overhead seen and heard was excellent, 2 were only seen and 2 only heard. Probably 2 birds involved. A Nightjar started calling just before 21:00 and showed well a couple of times while two others were heard across the heath. A Tawny Owl was quite vocal for a while but too far from my watchpoint to look for.  Earlier on another part of the heath I encountered BFF and OM and while chatting BFF picked up a Hobby flying over. On the way home a Badger ran across the road near Coates and a Tawny Owl flew by near Wiggonholt rounding off an enjoyable evening.
Thursday 19th. My second South Downs Farmland Survey visit to TQ0310, just west of the Burgh. The survey involves walking 2 sides of a triangle before returning along the third. While in the area I saw 2-3 Red Kites, a superb Hobby, 20 Grey and 5 Red-legged Partridges and single Lapwing, yellowhammer, Reed and Corn Buntings. About what I expected but still not a great deal although several Hares were superb. The Whimbrel seen on 15th was still present on the Adur at low tide as were 13 Ringed Plovers and 2 Dunlin while 3 Swifts were over our road in the evening. 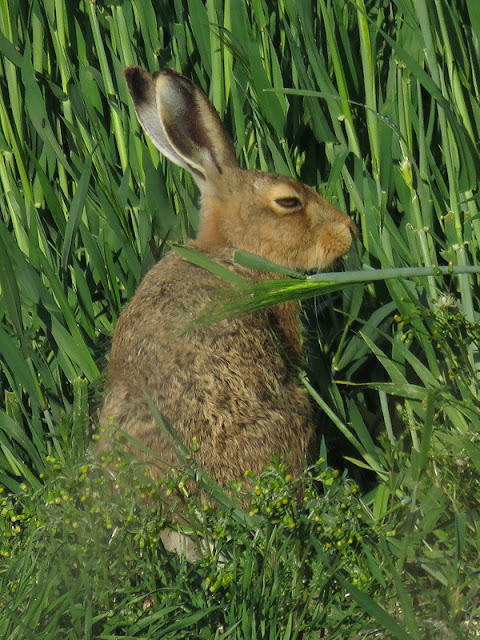 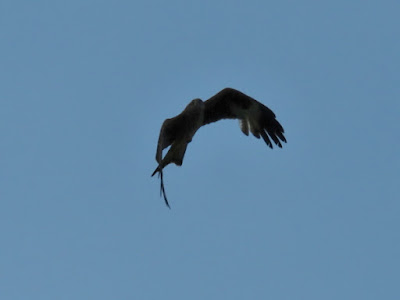 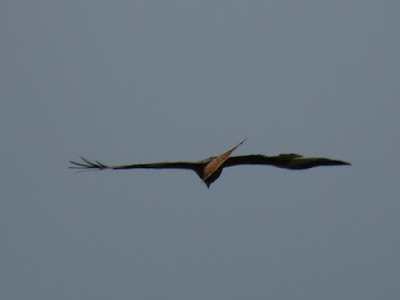 Wednesday 18th. Little was moving off Shoreham from 06:30 with just 7 Common Scoter and 8 Gannets in the 45 minutes I suck it out for. A North Thames Herring Gull V7TT was on the inner east arm, my first new colour-ring for a while. In the afternoon Megan and I visited
Pulborough Brooks seeing Nightingale, single Grey and Ringed Plovers, 8 Black-tailed Godwits.

Monday 16th. A single Swift over our road.

Posted by richard fairbank at 13:46