This is the third and final post covering a winter trip to Japan with John Cooper, John King and Dave Sargeant. We had started in Hokkaido, visited Okinawa and Amami-Oshima and were now flying to Kagoshima in southern Kyushu.

Tuesday 21 January (continued). We arrived in Kagoshima early afternoon and went to pick up our rental car. Here we encountered problems. Sarus had pre-paid Hertz for us before we left and had been assured that there would not be a drop-off charge for taking the car to Osaka (unlike Avis who we had originally been going to use). Our pre-payment was not recognised and they were insistent that there was a hefty drop-off charge. An hour of arguing and phone calls to Head Office in Tokyo failed to resolve the situation and with daylight ticking away we really had no option but to pay the rental locally and take it up when we returned home. After almost six months we recovered most of the money paid but were left very unimpressed with Hertz. If we had known at the outset there would be a drop-of charge we would either have booked with Avis, with whom we had no issues at all, or flown back to Osaka from Kagoshima. Once we had the car we drove for an hour or so to Mi-ike where we spent the rest of the day birding the grassy edges of the lake and a few of the tracks and forest trails. We soon found some superb Yellow-throated Buntings, I saw 12 including 4 males living up to their alternate name of Elegant Bunting. There were about 500 duck on the lake but mostly Spot-billed, Mallard, Wigeon and Pintail. The woods were quiet with a Japanese Pygmy Woodpecker, 2 Varied Tits and in the more open areas 4 Daurian Redstarts, 7 Red-flanked Bluetails and 12 Pale Thrushes. At dusk we drove to the Kirishima Castle Hotel where a full-blown Japanese meal was served in one of our rooms. It was quite an experience but not an entirely un-agreeable one. 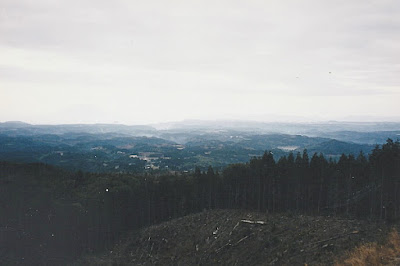 Wednesday 22 January. We returned to Mi-ike where it was cold and dull. A thorough scan of the lake revealed 5 Baikal Teal including 3 males. We then walked around the lake, a 3 km circuit that was a bit of a scramble in places, seeing 18 Japanese Grosbeaks and somewhat unexpectedly finding a Japanese Accentor although there are winter records for Kyushu. We tried various forest trails hoping to find Copper Pheasant without success and signs showing Fairy Pitta, a scarce summer visitor, were very gripping. The forest was as dead as it had been the previous afternoon although during the course of the day I saw Wryneck, 2 Japanese Pygmy Woodpeckers, Ryukyu Minivet, 6 Red-flanked Bluetails, 11 Daurian Redstarts, a Dusky and 20 pale Thrushes, 6 Varied Tits, Hawfinch and 20 Yellow-throated, 42 Black-faced and 5 Meadow Buntings. We couldn’t find grey Bunting and only DS saw White-backed Woodpecker (looking more like they do in Europe). We drove to Izumi making one or two speculative and unproductive roadside stops on the way before arriving at the Izumi Wing Hotel in darkness. We checked in and found some food in a nearby 7/11. 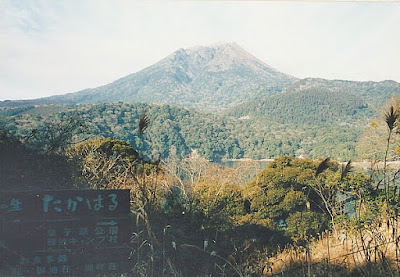 Thursday 23 January. We were up at first light, de-iced the car and drove to the crane sanctuary at Arasaki. It had not opened but we were able to access the roof and find limited shelter from the icy wind to scope the thousands of cranes in the fields beyond. As soon as it opened we went down to find out whether there were any stragglers amongst thousands of Hooded and White-naped Cranes. A sightings board appeared to indicate another three species of crane were present but as it was all in kanji we were left wondering which. There were 2-3 individuals of two, presumably Common and Sandhill, and a single other, presumably Siberian or Demoiselle. We had hoped for both. I had seen Siberian at Bharatpur more than 20 years earlier but not Demoiselle. JFC had seen Demoiselle in Israel but missed Siberian by less than a day at Bharatpur and it was his bad luck that continued – the wintering bird of previous years had not returned. Fortunately for me we soon found the Demoiselle Crane and then spent most of the morning watching the thousands of cranes. According to the board there were 7307 Hooded and 3134 White-naped and as well as the Demoiselle we saw a Sandhill, 2 or 3 Common and a Common x Hooded hybrid. Seeing and hearing 10,000+ cranes was truly amazing. We bumped into Barry Reed at the crane centre, he was with a rather chaotic Focus on Nature trip and had seen a wintering Scaly-sided Merganser on a dam in Honshu. Very gripping but unfortunately it was nowhere near anywhere we would be going. We left the crane sanctuary to bird more generally around Arasaki seeing 3 Black-faced Spoonbills (no possible doubt with these) by the seawall, the Sat-Nav showing us to actually be in the sea at this point. Two Long-billed Plovers and a Crested Kingfisher were along a gravel banked river and Buff-bellied Pipits, Japanese Sky Larks and Daurian Jackdaws in fields although all five of the latter were dark morph birds and so a bit of a disappointment. We flushed a male Green Pheasant from the edge of a ditch and had a brief view of a Water Rail but failed to find Chinese Penduline Tit, not helped by the strong winds. We also saw a superb fly-past White’s and 50 Dusky Thrushes. We encountered a young Japanese birder who spoke some English and gave us directions to a small flock of Japanese Waxwings he had seen the previous day a couple of hours drive to the north. We also met Arman Hill, of Focus on Nature Tours, and swapped Black–faced Spoonbill and Chinese Penduline Tit sightings. We returned to the hotel after dark before trying a noodle shop we had seen the previous evening. 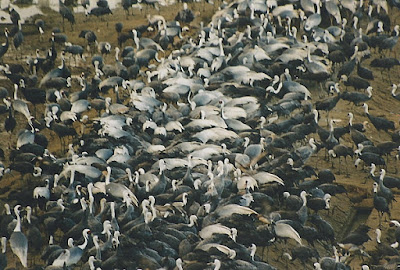 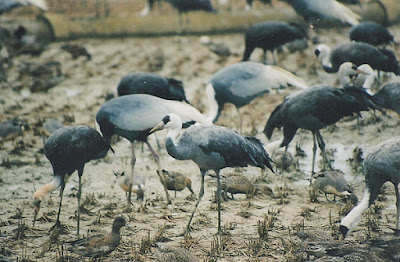 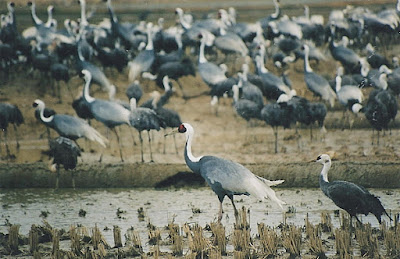 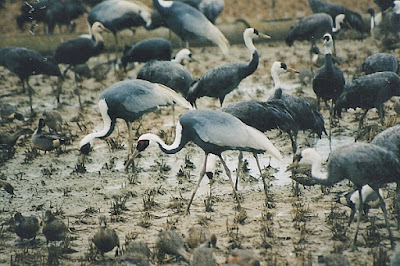 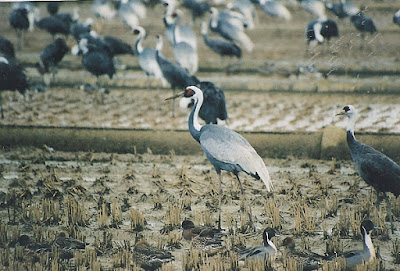 Friday 24 January. We left the hotel soon after first light to try for Chinese Penduline Tit at Arman Hill’s site. The wind had dropped marginally and we found a flock of about 10 feeding unobtrusively in the reedbed. With an early success we drove to the Yatsushiro estuary to look for Saunder’s Gull but the tide was high, no mud exposed and no gulls in sight. We continued on to look for Japanese Waxwings. We found several berry bushes in the area we had been told of but they were all full of squabbling Brown-eared Bulbuls and after a couple of hours of searching without success for the waxwings we gave up. We wondered if the bulbuls might have chased them off. Not seeing them was the biggest disappointment of the trip, particularly as our hopes had been raised. We returned to Yatsushiro where the tide was just dropping and soon found 7 Saunder’s Gulls although all appeared to be second-winters. DES found an adult Great Black-headed Gull and, based on his experience in the Middle East, a potential adult tamyrinsis Heuglin’s Gull. During the day we saw 3 Daurian Jackdaws including a pale morph bird, several large flocks of Brambling totalling over 1500, 2000+ Hooded and 500+ White-naped Cranes, 6 Daurian Redstarts, 60 Dusky and 12 Pale Thrushes and 25 Black-faced, 6 Meadow and 6 Chestnut-eared Buntings. Of Rustic Bunting, which used to be a common winter visitor, there was sadly no sign at all. We returned to the hotel and again visited the noodle shop. 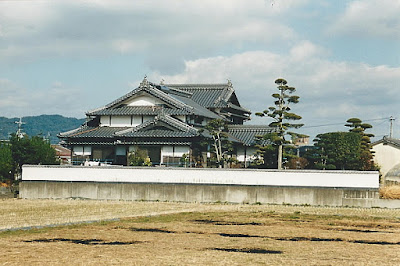 Saturday 25 January. Our final full day during which we had to drive 800 km to Osaka in southern Honshu. We thought it would take 10-12 hours but were keen to fit in some birding on the way. The Scaly-sided Merganser Barry reed had seen was too far north but a detour to Kadogawa to look for Japanese Murrelet seemed feasible. We left Izumi at 06:00 and arrived at 10:30 having seen a Brown Dipper on the way. We had some difficulty interpreting the sketch map we had from a trip report but after a couple of false starts found our way onto a headland north of the harbour. Here we quickly found two Japanese Murrelets feeding out in the bay. Initially they were rather distant but fortunately it was sheltered and the sea calm. Over the next couple of hours we had better views, eventually seeing seven. Leaving Kadogawa early in the afternoon we saw a small group of Red-billed Leiothrixes by the road. They were listed in the Birds of Japan as an escape but the number and location, a patch of woodland seemingly remote from the nearest town, might suggest a newly established feral population? The long drive back to Osaka was pretty awful and more than ever we wished we’d decided to fly. It was particularly slow along the Kyushu coast and although the roads did improve when we crossed over to Honshu it was still a long way.

Sunday 26 January. We finally made it back to Osaka by 01:00. DES had booked the night in the Kansai Airport Hotel although the rest of us had decided to wait and see as we were not sure when we would arrive. In the event the Sussex contingent opted to sleep in the car for what remained of the night but we were decidedly worried when DS came out in the morning to tell us the cost of the car park was more expensive than the room rate! Fortunately his resident’s swipe card let us out and we returned the car to what we thought was the airport rental office. It wasn’t but directions were soon programmed into the Sat-Nav to take us there. Having to pay for the airport bus from the car rental office was a final insult. Final morning birds were Blue Rock Thrush and White-cheeked Starling while JK also saw a Varied Tit.

It had been a very enjoyable trip to somewhere I had long wanted to visit and John Cooper, John King and Dave Sargeant were excellent travelling companions. Having flu or something similarly nasty on Hokkaido somewhat marred the early part of the trip for me, JK putting up with sharing a room with someone coughing half the night without protest. JFC did some epic driving and DES controlled the Sat-Nav admirably. We saw nearly all of the birds we’d particularly hoped to, the main exception being Japanese Waxwing which was always going to be a bit of a long shot, while the views had by the three of us fortunate enough to see Blakiston’s Fish Owl were decidedly poor. The arrangements made by Sarus worked out very well allowing us to maximize our time although with the benefit of hindsight we would have flown back to Osaka saving a very long and tedious drive and the hassle we had with the final car hire.
Posted by richard fairbank at 19:45