Monday 28 November. A day off work ahead of my busiest period. With Shoreham Harbour and the Adur being so poor, and low tides after dark, I spent most of the day finishing sorting my Ghana photos and only ventured out onto the Downs behind Shoreham late afternoon. I was delighted to see two Little Owls catching the late afternoon sun at a site where I had not seen them for almost five years, not that I'd looked every year. Also 35 Fieldfares and about 10 Redwings. 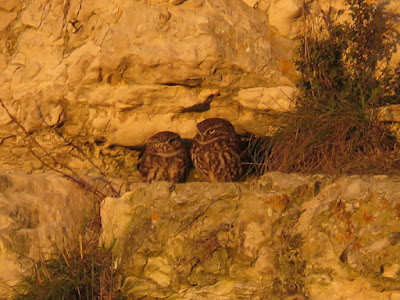 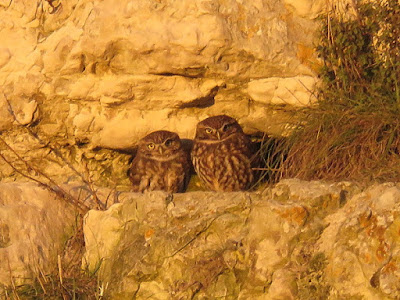 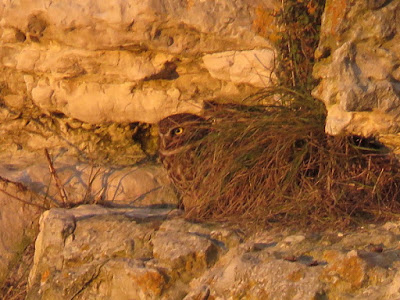 Sunday 27 November. Very quiet at Shoreham Fort with 5 Meadow Pipits and 3 Greenfinches on the beach and 2 Great Crested Grebes on the sea. Megan and I made up for it in the afternoon with single Barn and Short-eared Owls on Beeding Brooks. Also 20 Fieldfares, 2 Redwings and a Mistle Thrush.

Saturday 26 November. Two Purple Sandpipers were roosting on the western inner arm of Shoreham Harbour with 19 Turnstones on the beach and 17 Greenfinches feeding nearby. A Great Crested Grebe and a Gannet flew east. A low-tide visit to the Adur was very quiet with just 2 Grey Plovers, 91 Lapwing and 4 Redshank.

Wednesday 23 November. A lunchtime visit to the Adur for low-tide looked like being rather quiet with nothing interesting amongst the gulls, although 3 Grey Plover, 5 Ringed Plover, 2 Dunlin and 8 Redshank were present. Just as I was about to leave a red-head Goosander flew south down the river, checked out the bathing gulls and continued almost to the railway bridge before turning back and touching down. It remained for 5 minutes of so before taking flight and heading back north. Local Herring Gull A6XY and 86 Lapwings were roosting by Riccardo's. 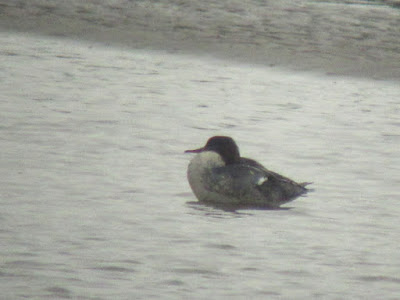 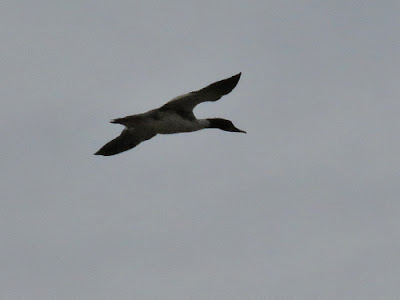 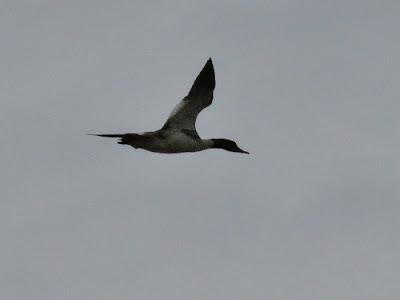 Sunday 20 November. An early visit to Shoreham Fort hoping something might have been blown in by the storms produced a Red-throated Diver and a Great Crested Grebe on the sea as well as 4 Purple Sandpipers on the inner arm and 2 Greenfnches on the beach. Lots of gulls were on the Adur but I could only find a North Thames Herring Gull amongst them. Later Megan and I visited Arundel WWT where sadly they no longer seem to have any Scaly-sided Mergansers, I might need to go further afield for my next fix, whenever tat might be. A Water Rail wandering around opposite tte centre was some compensation and we also saw Goldcrest and Nuthatch.