This is the second of four blogs recounting a private trip the late and greatly missed Jon Hornbuckle arranged to Papua New Guinea in summer 2006. Jon, Ashley Banwell, Carlton Collier, Pete Gammage, Mike and Stephanie Brown, long time travelling companion Nick Preston and I had visited Varirata and Tari and were about to fly to Mount Hagen and then Madang. This account of the trip is based on my rather inadequate notes and sometimes vague memories. It relies heavily on a report Jon wrote when we returned while most of the photos included are Jon’s and some Nick’s. Thanks to both for sharing them.

02 August 2006 (continued). We left Tari and arrived in Mount Hagen to find our booked flight to Madang was delayed. After some discussion five of us, including Nick and me, were put on a small plane going via Goroka and Lae. The other three in our group would leave 90 minutes later stopping only at Goroka. While waiting at Mt Hagen we saw three Eastern Marsh Harriers (two males) and a Brahminy Kite with another Eastern Marsh Harrier and an Australian Bush Lark at Goroka and another Eastern Marsh Harrier, two Black Kites and an Australian Pipit at Lae. The flight in the small plane was probably the most enjoyable that I’ve done seeing spectacular mountain scenery, skimming over forested ridges and crossing braided rivers. Arriving in Madang it was an anxious hour wait for the other three and it was with some relief that they arrived on time. We collected a 4x4 Toyota Jon had managed to rent and squeezed into it with our gear. We proceeded to the Jais Aben Resort as thousands of fruit bats were leaving roost in Madang. 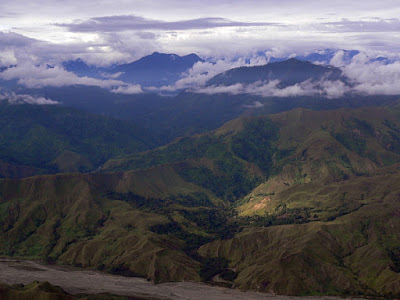 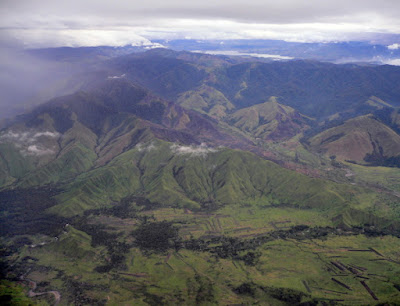 03 August 2006. After a buffet breakfast, we went into town to collect Moyang, the owner of Keki Lodge, and bought food for our stay there. It was now very cosy in our vehicle and Ash drove 90km along the coastal road before stopping at a remnant forest patch. Here we saw Buff-faced Pygmy-Parrot (new for me), Eclectus Parrot, Torresian and Pinon Imperial Pigeons, Large-billed Gerygone, Dusky Myzomela and a flock of Chestnut-breasted Munias. We soon left the metalled road and turned inland on what might very generously be described as an overgrown track. As we progressed my main thought was ‘well that’s another km less to walk’ as I was sure we;’d not make it. One incident of being stuck in deep mud, required jacking-up the wheels to lay vegetation under the tyres. However, Ash’s excellent driving prevailed in the end and covered the 27km to Keki Lodge in a very commendable two hours. Had I been driving we would still be up there. The lodge was unexpectedly very basic but disappointingly Moyang only knew of one fruiting tree although fortunately it was by the lodge and no bird of paradise leks. We spent the afternoon around the lodge seeing two male and a female Fire-maned Bowerbird (the main reason for our visit), Lesser Bird of Paradise, Papuan Hornbill, Black-browed Triller and a brief Banded Yellow Robin while others saw female Magnificent Bird of Paradise Palm Cockatoo, Slaty-chinned Longbill and Long-billed Honeyeater. 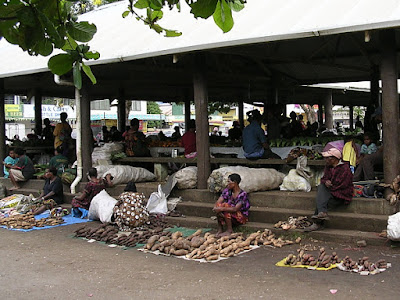 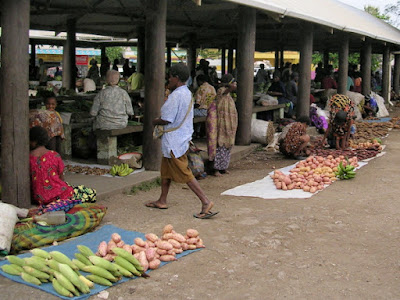 04 August 2006. We spent two hours before breakfast watching the large fruiting tree at the lodge and after breakfast spent the rest of the morning on the forest trails. After heavy rain for most of the afternoon we spent the last hour of daylight at the fruiting tree and in the adjacent forest. Birds seen during the day included a female Fire-maned Bowerbird, six female Lesser Birds of Paradise, Crinkle-collared Manucode, Ochre-collared Monarch, Sooty Thicket-Fantail, Obscure and Black Berrypeckers, Tawny-breasted Honeyeater and Forest Meliphaga. A Vulturine Parrot flew over and we heard Brown-capped Jewel-babbler but I didn’t even hear the supposedly common but very elusive Banded Yellow Robin. Spotlighting after dark produced two Papuan Boobooks.

05 August 2006. After more time at the fruiting tree, which now seemed past its best we devoted the morning to seeing Banded Yellow Robin and Brown-capped Jewel-babbler on the forest trails below the lodge. We all had good views of the robin (eventually) but only I saw the jewel-babbler, a male looking very similar to Blue and so a bit of a disappointment (but at least I saw it). Jon and Carlton walked down the main track seeing Golden Mynas and one good flock with Black Cuckoo-shrike and Magnificent Bird of Paradise while Ash saw two White-eared Catbirds in the forest. The rain held off and most of the afternoon was spent in the clearing at the lodge. During the day we saw an immature male Fire-maned Bowerbird, two male and nine female Lesser Birds of Paradise, Spot-winged Monarch, Yellow-legged Flycatcher and Long-billed Honeyeater. Obscure Berrypecker was seen again and some saw Red and Red-headed Myzomelas while raptors included Long-tailed Buzzard, Grey-headed and Meyer’s Goshawks and Gurney’s Eagle although I only saw the first two. Sadly we did not even hear New Guinea Harpy Eagle which is sometimes recorded at this site.


06 August 2006. On the final morning Ash found a better fruiting tree where we saw adult and immature male Fire-maned Bowerbird and six Lesser Birds of Paradise. Pete saw a White-eared Catbird and Jon a small flock of Edward’s Fig-Parrots flying over while Ash had seen a Magnificent Bird of Paradise in his fruiting tree before we arrived. We left Keki Lodge at 09.30 as it started to rain. A successful trip in so far as we’d seen the bowerbird well but we’d hoped the area might have produced a bit more than we managed to dig out but that is very much Papuan birding. We spent the next three hours on a very hairy journey down to the coast. The road was more slippery than it had been on our way up and we became stuck in the mud on one of the few uphill sections. Lots of pushing and superb driving by Ash got us through but it was touch and go and I was starting to think the only way out would be on foot. We made it to the main road and had a couple of roadside stops on the way back to the Jais Aben Resort at Madang. On the way we spent half an hour at the Gilagil River seeing Channel-billed Cuckoo and a distant frigatebird. Returning the vehicle to Lama Rentacar in town, we saw hundreds of large fruit-bats flying around in daylight. Jon learnt that they are caught for soup and for shark-bait, apparently to try to catch a shark that had killed three swimmers earlier in the year. Those inclined to swim did so in the resort pool. 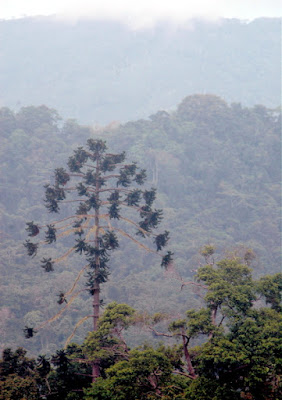 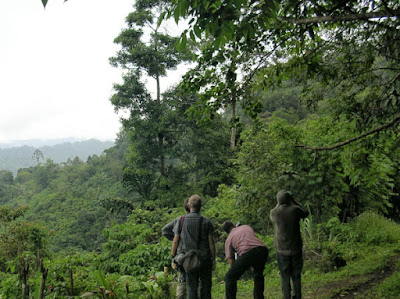 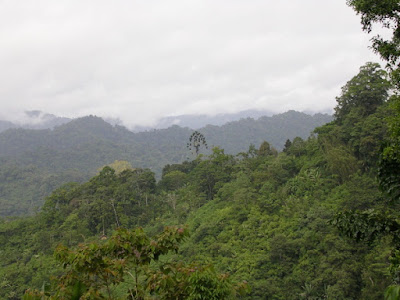 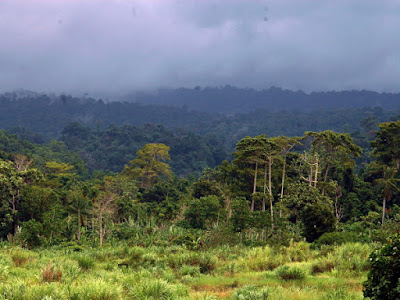 07 August 2006. We departed from Madang on a morning flight to Tabubil via Port Moresby.

Posted by richard fairbank at 19:32