Saturday 05 October. Dave met me at Belmont ferry terminal at the south end of Unst and we birded our way north to Millfield visiting Easter Loch, Lund, Westing, Baltasound and Haroldswick Bay. Brenda welcomed me to their very comfortable home at Millfield where I dropped my bag and had a cup of tea before we headed out to Lamba Ness and Vaylie. For me with a Sussex perspective the better birds seen were Scaup, Siberian Chiffchaff, Barred Warbler, blythi Lesser Whitethroat, Redstart, 3 Tree Sparrows, 5 Brambling, 15 Twite, 30 Mealy and a Coues's Arctic Redpoll. An excellent start and great to be birding with Dave again, after almost three and a half years. Having assiduously read Dave's blog (Birding North Unst, despite its original title http://eastsussexbirding.blogspot.com/) it was interesting to visit the sites that featured regularly and be shown where Dave had some of his best finds.
Sunday 06 October. We spent all day birding the northern part of Unst concentrating on Norwick, Burrafirth, Haroldswick and Vaylie. A fairly quiet day, the better birds seen being Merlin, Yellow-browed Warbler, 6 Goldcrests, Ring Ouzel, 2 Fieldfares, 50 Redwing, a Redstart, 3 Tree Sparrows, 4 Brambling, 8 Twite, 40 Mealy Redpolls and 25 Snow Buntings. Just before dark we received news of a Rufous-tailed Robin on nearby Fetlar, although only seen by one observer for a few minutes and not relocated in the following 90 minutes before dusk. Not very encouraging but I felt I had to try. Dave was happy to go despite having seen the Fair Isle bird. I'd dipped on the Norfolk one, missing the only Sussex Isabelline Wheatear in the process. Plenty to put right but I wasn't confident.
Monday 07 October. We caught the earliest ferry from Unst to Fetlar arriving an hour or so after dawn by which time several birders from Mainland were expanding their search, although despondency appeared to have already set in. The weather wasn't good and we wandered around seeing Merlin, 2 Chiffchaffs, Blackcap and 8 Goldcrests. That was as good as it got and we headed back on the 1pm ferry, disappointed but not that surprised. Back on Unst we saw the Easter Loch Scaup and headed north. The rest of the day was spent around Vaylie where little had changed with 6 Goldcrests, Ring Ouzel, 3 Fieldfares, 6 Redwing, the Redstart, 6 Brambling, and 20 Mealy Redpolls.
Tuesday 08 October. We visited Skaw, Lamba Ness and sites around Norwick seeing Merlin, Peregrine, 2 Swallows, Yellow-browed Warbler, Chiffchaff, Blackcap, the Barred Warbler, 9 Goldcrests, 4 Ring Ouzels, Fieldfare, 20 Redwing, Redstart, Whinchat, Wheatear, 2 Tree Sparrows, 8 Brambling, 30 Twite, 3 Siskins and 3 Lapland and 12 Snow Buntings. before news that Mark Golley had found an Eastern Stonechat at Westling had us heading south. The bird was flighty and didn't give close views but appeared rather colourful. Dave's photos confirmed this and one of his in flight appeared to be a dead ringer for last year's Norfolk Stejneger's Stonechat, not that it would be officially acceptable without DNA. An Otter at Westling provided a more straight forward identification. Returning we saw a superb Pallas's Leaf Warbler behind the Post Office in Baltasound, a new bird on Unst for Dave, while a Jack Snipe flushed near Haroldswick was my first for nearly three years and finished off an excellent day.


Wednesday 09 October. We started visiting sites around Norwick before returning to Westling for better views of the Stejneger's Stonechat. Attempts were made to catch it, and came close, but no cigar. We went to Lund, Belmont and Easter Loch. The day's highlights were 11 Whooper Swans (2 adults, 3 adults and a pair with 4 cygnets), 27 Long-tailed Duck, 1300 Golden Plover, 60+ Ravens, single Swallow and Fieldfare, 25 Redwing, Tree Sparrow, 6 Bramblings, 50 Twite and 7 Mealy Redpolls. 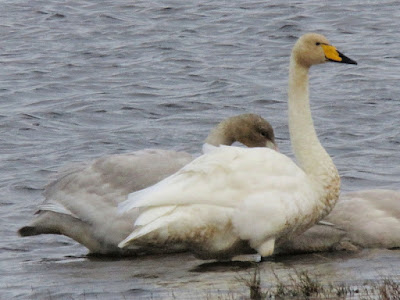 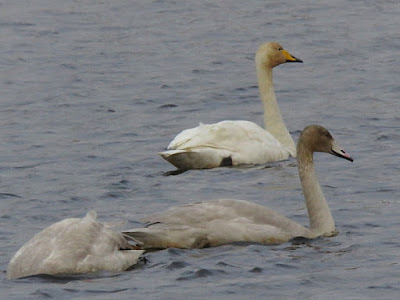 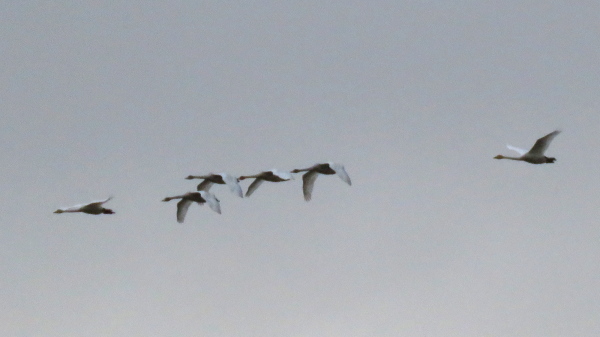 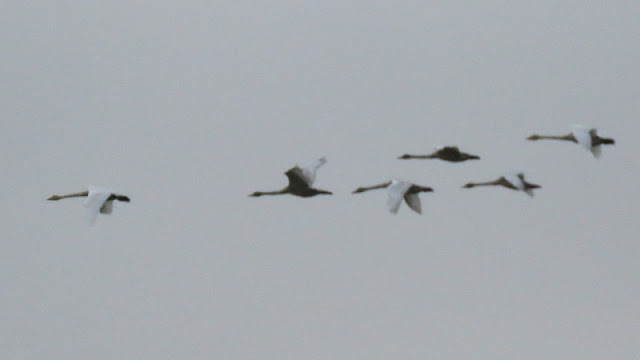 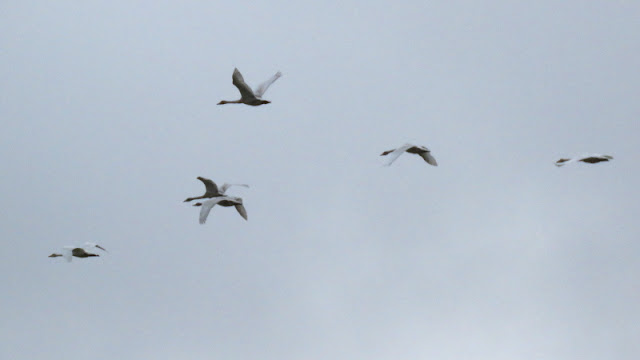