Introduction. February is Megan’s least favourite month. I always tell her it’s a short one so not that bad but she’s never been convinced and being a leap year February 2020 wouldn't be that short. We were expecting it to be a long winter with Megan dealing with her father’s estate since so decided to get away to somewhere brighter for a few days. Megan was learning Spanish and I suggested Fuerteventura, somewhere I’d spent a night in 1979 and regretted not staying longer (see https://birdingneversleeps.blogspot.com/2013/10/canaries-tenerife-fuerteventura.html).


Thursday 20 February. We flew from Gatwick with Easyjet, arriving in Fuerteventura just as it was getting dark, just a few minutes late due to being routed a bit further out into the Atlantic to avoid a French Air Traffic strike. We picked up our hire car and found our way to B&B Decanso y Relax in Puerto del Rosario, not helped by it being in a one-way street. We had a nice room in an apartment block on the edge of town, the helpful proprietress pointing us in the direction of a nearby restaurant although a pizza place was more our style.

Friday 21 February. After breakfast we walked the short distance into town and the port seeing several bronze sculptures and statues, some distant Yellow-legged Gulls and 3 Common Sandpipers by the harbour and our first Spanish Sparrows. We visited a supermarket for picnic items and saw a (Southern) Great Grey Shrike on the way back (Southern and Great Grey were lumped when I first visited in 1979, subsequently split and have recently been lumped again, what goes around comes around). We checked out and drove to Antigua, unsuccessfully looking out for the turning to Barranco del Rio Cabras on the way. As the Dwarf Bittern didn’t seem to have been seen since mid December I’d not tried at dawn. At Antigua we visited the cheese museum and lunched in the car park. We continued towards Betancuria seeing Common Buzzard and Northern Raven as we climbed into the hills. We stopped at the pass by the Guise and Ayose statues and enjoyed the views and nearby three rather flighty Fuerteventura Stonechats, several Trumpeter Finches and Berthelot’s Pipits and two fly over Black-bellied Sandgrouse. We checked into the Casa Princess Arminda, an historic and centrally located guest house and our base for the next two nights. It even had a private bar with kettle and microwave we could use. We spent the rest of the day walking around the very scenic town, eventually seeing a superb family of six African Blue Tits in acacias by the barranco at its southern end. 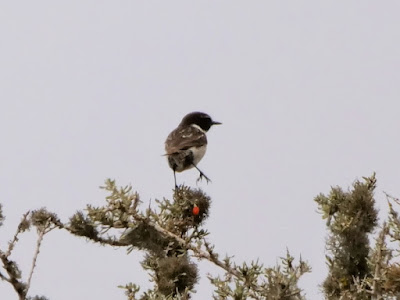 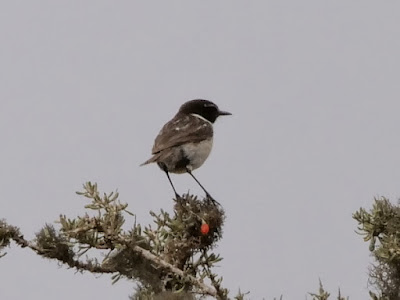 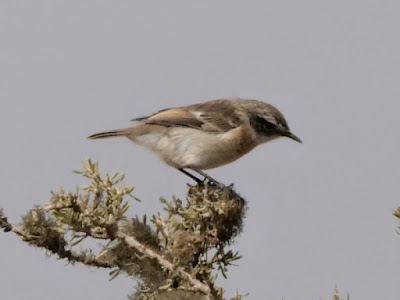 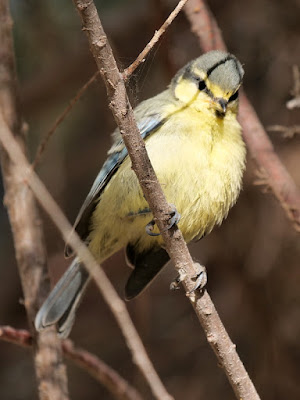 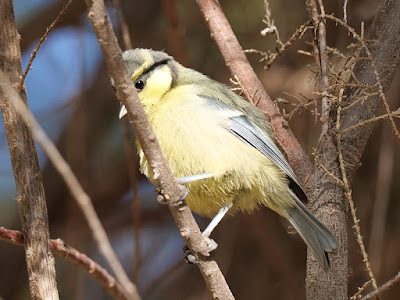 Saturday 22 February. Before breakfast we walked down to the barranco and a bit further to an empty car park seeing two African Blue Tits, male Sardinian Warbler and three Goldfinches. On the way back three Song Thrushes flew over and a Common Kestrel was on the church tower. It was a very hazy day with the sun trying but failing to break through. We’d head a sand storm was on its way – not the unbroken sunshine we were expecting! At the car a Hoopoe and a Plain Swift flew over. We drove south through the mountains on a narrowing but mostly empty road (single figures of cyclists and cars) and in conditions that were not improving. We stopped in Pajara and walked around town before continuing to the south coast at Tarajalejo, seeing an Egyptian Vulture and Great Grey Shrike on the way. An orange spanner on the dashboard caused a bit of concern until we concluded it was probably an engine service advisory, although the car only had 27500km on the clock. We walked along the promenade at Tarajalejo, it was high tide and the sandy beach a volcanic dark grey. The pale orange tinted dullness and poor visibility did nothing to improve it although a pair of Yellow-legged Gulls were approachable and some sculptures interesting. We continued south to very built up Costa Calma’s white sand and paddled in the sea although at times visibility was down to 200m. Our car was covered with orange dust when we returned to it and my hair felt quite matted. We returned to Betancuria via Antigua to avoid the narrow sections of mountain road. Visibilty was no better and a brief stop at the Guise and Ayose statues was soon abandoned due to the strong wind. We were back in Betancuria at 16:00 and walked around town again, ending up at the empty car park seeing four African Blue Tits, a different male Sardinian Warbler and two Chiffchaffs, one with a long supercilium that looked interesting. 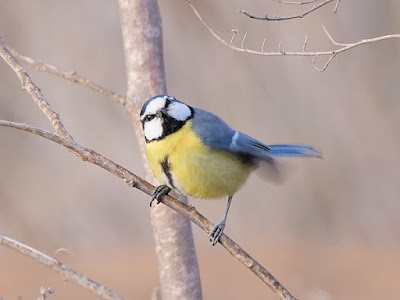 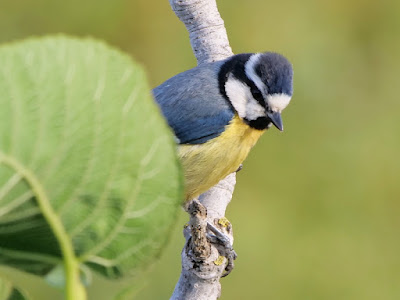 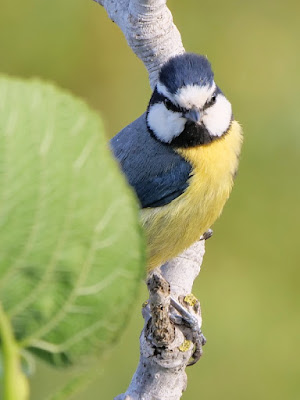 Sunday 23 February. It was a very rough night and visibility no clearer when we woke. Before breakfast we returned to the tamarisks near the car park seeing a Great Grey Shrike, three African Blue Tits, female Sardinian and male Spectacled Warbers. After breakfast we left Betancunia to drive north. The weather was worsening, the wind picking up and visibility poorer. We stopped for a final time at the Guise and Ayose statues but could hardly open the car door and soon moved on heading to Tindaya and La Oliva in the north ... 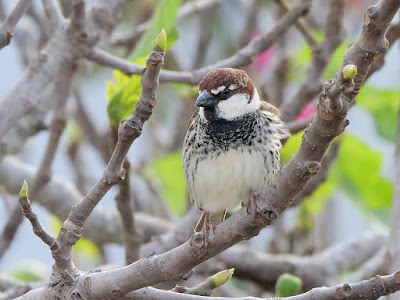 Posted by richard fairbank at 15:31