Monday 04 May (Star Wars Day). I cycled to Shoreham Beach, walked along to Widewater and cycled home via Shoreham Fort (the tide was too high to make it worth stopping at the Adur). Another disappointing day with light NE winds. Highlights were 7 Wheatears on the beach and a close Little Tern that flew East. Also flying East were 2 Curlews (doing so behind the Fort), 3 Sanderling, a Turnstone, a Kittiwake, 90 Sandwich Terns, a Great Skua (before promptly sitting on the sea), a Fulmar and a Swallow. About 30 Gannets were offshore and a Little Egret on Widewater. 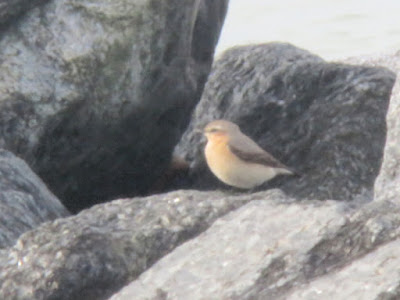 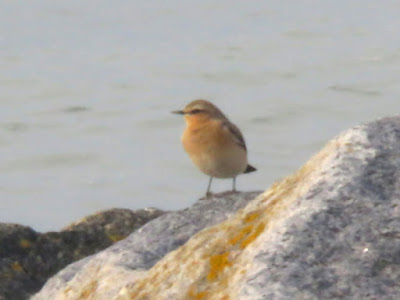 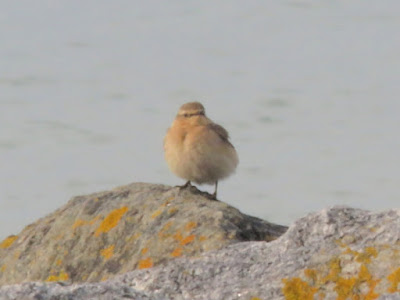 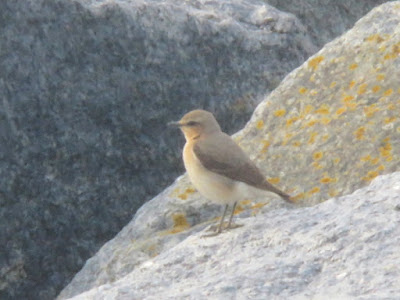 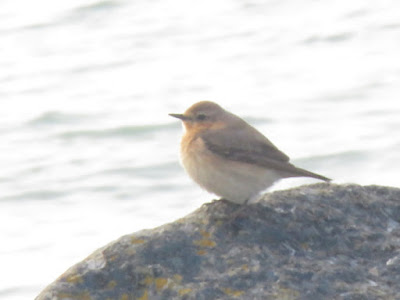 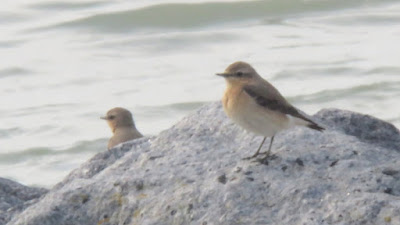 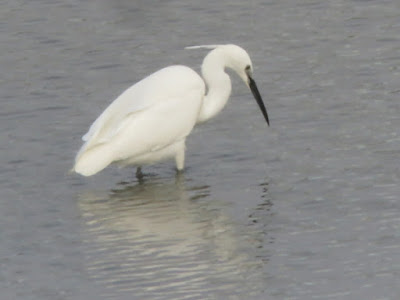 Sunday 03 May. I cycled to Shoreham Beach, walked along to Widewater and cycled home via the Adur. I saw 32 Common Scoter, 5 Oystercatchers, 3 Whimbrel, 14 Black-headed Gulls, 115 Sandwich Terns, 3 Great Skuas, a Fulmar and 19 Gannets flying East. Very disappointing for a South-easterly in early May. Two Little Egrets were on Widewater, a Reed Warbler singing unseen by the Dogs Trust and 4 Whimbrel and 10 Turnstones (a few in summer plumage) on the Adur by the Norfolk Bridge.

Saturday 02 May. A Brent Goose and 9 Dunlin were seen from the Adur Ferry Bridge on my way to Shoreham Beach. With very clear visibility and the moderate Westerly wind I wasn't expecting much to be moving and that was the case. I saw 3 Whimbrel and 42 Sandwich Terns flying East, my first Kittiwake of the year and 3 Dunlin flew West and a Common Sandpiper was flushed off the beach by a dog. I walked to Widewater where I saw 2 Little Egrets and a Whitethroat. I joined Megan, Nessa and Cookie and we visited Lancing Ring and Steepdown. Visibility from there was as good as we could remember. A silent Cuckoo was seen at Lancing Ring and 4 Sky Larks, 2 Swallows, 4 Whitethroats, 2 male Stonechats and 7 Corn Buntings around Steepdown. 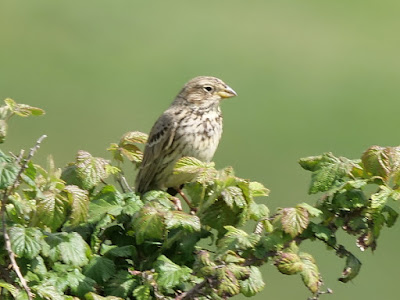 Friday 01 May. Today I visited Shoreham Beach and Mill Hill. The rough sea was very quiet with little sustained movement. A Hobby seen coming in with a small passerine was attempting to feed on it on the wing in the strong SW wind - very strange behaviour - and remained in view for almost 10 minutes. I wondered if it might be the bird i'd seen flying low over the sea the previous day. About 30 Sandwich Terns were fishing offshore as were 3 Gannets, 8 Whimbrel and 2 Dunlin flew West (possibly disturbed from the beach?), single Common Scoter and Great Skua flew East and a Swift came in. At Mill Hill the Nightingale was singing below the upper car park and I saw Buzzard, my first Sussex House Martin, Lesser Whitethroat and 3 Whitethroats.
Thursday 30 April. I cycled to Widewater and rested before continuing to Brooklands against the wind, returning via the Adur with it behind me was much easier. Birds flying East included 4 Common Scoter, 4 Black-headed, a first-summer Mediterranean and 2 Common Gulls, 84 Sandwich Terns, 7 Great and a dark morph Arctic Skua, 2 Black-throated Divers and 90 Gannets. Two separate Manx Shearwaters flew West (both very distant), as did 2 Whimbrel and a Hobby skimming over the waves and through troughs off the beach. I'd hoped to see some hirundines on Brooklands but had to settle for the Mute Swan parents with 7 cygnets and a brief Reed Warbler. Two Whimbrel and a Bar-tailed Godwit were on Widewater with another three Whimbrel on the Adur.

Posted by richard fairbank at 11:42