Tuesday 29 September. Frank Lambert and I visited Beachy covering most of the sites between Birling and Whitbread Hollow in almost nine hours from 07:00. We saw a late Swift (hunting over the Cliff Path), 3 Sparrowhawks, 2 Buzzards, 3 Ravens, 60 Swallows, 40 House Martins, 85 Chiffchaffs, single Sedge, Reed and Grasshopper Warblers, 53 Blackcaps, 3 Goldcrests, 41 Stonechats, a single Wheatear, 80 Meadow and 2 Tree Pipits, 25 Chaffinches, 110 Goldfinches, 40 Linnets and two flocks totalling about 20 Siskins. The early promise of good numbers of Chiffchaffs and Blackcaps in the mist in Shooters Bottom didn't materialise for us and enjoyable as it usually is walking around Beachy we ended up a little disappointed with our haul. 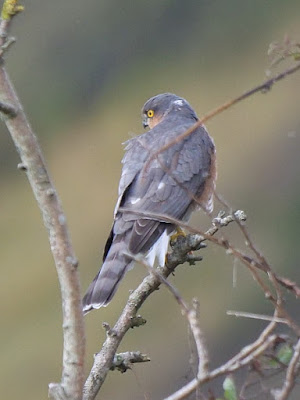 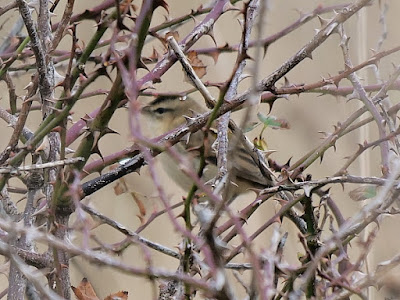 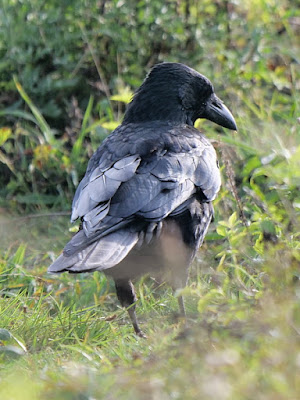 Monday 28 September. I took Cookie to Beeding Hill where we walked to Thundersbarrow, Truleigh Hill escarpment and back around Room Bottom. Stonechats were the order of the day and I counted 32 although at times it was hard to keep track of them 30-36. Also seen was a Sparrowhawk, Red Kite, 2 Buzzards, Green Woodpecker, 8 Kestrels, Raven, 14 Sky Larks, 25 Swallows, 9 Chiffchaffs, 3 Blackcaps, a Whinchat, 8 Wheatears, 125 Meadow Pipits, 60 Linnets, 20 Goldfinches, a flock of 30 Siskins flying north and a Yellowhammer while a Yellow Wagtail was heard. 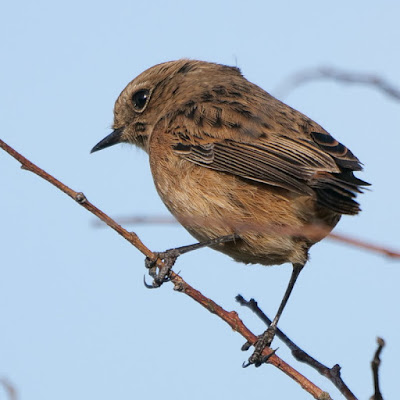 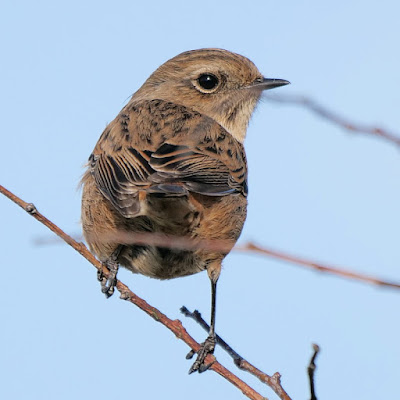 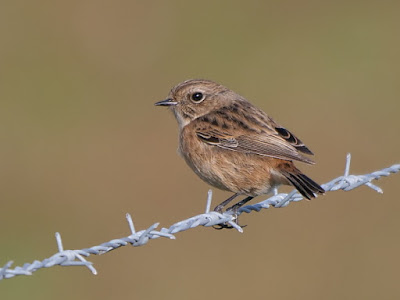 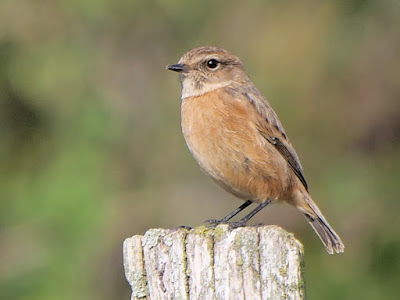 Sunday 27 September. Megan and I took Cookie to Rackham seeing 8 Red-legged Partridges and a Green Woodpecker on the drive in. Once there a distant barrage of shooting had Cookie dashing back to the car so we indulged her and went instead to Rewell Woods. We saw presumably the same flock of 7 Crossbills flying over twice (the second time one was seen perched briefly) and 3 Marsh Tits in between - more than we usually manage at Rackham.

Posted by richard fairbank at 19:23