Monday 31 May: The obligatory excursion to Terracotta Warriors was about three times as long as was necessary.  It was then a five hour drive to Yangxian where we arrived in light rain just before dusk.  Pretty much a birdless day, the more notable sightings were Azure-winged Magpie 1, Collared Finchbill 4, Brown-breasted Bulbul 3, Chinese Blackbird 1 and Oriental Greenfinch 4. 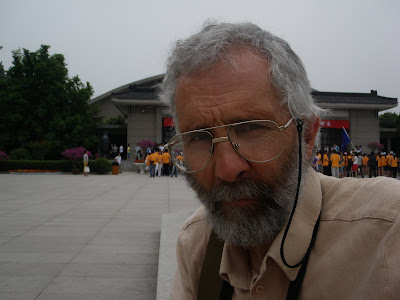 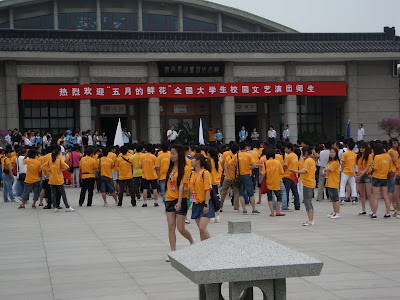 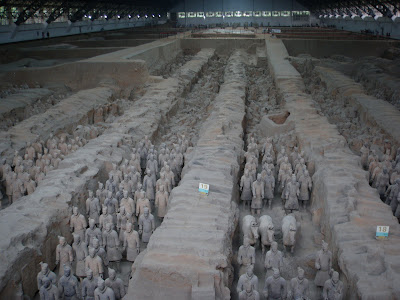 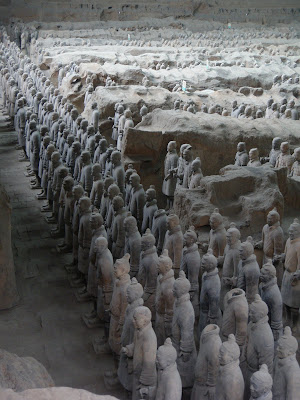 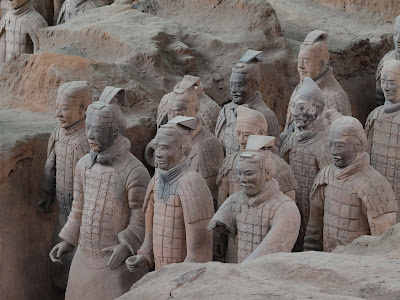 Tuesday 1 June:  Morning and afternoon excursions in Yangxian area included a visit to Crested Ibis breeding centre.  That some ibis then roosted on its roof was a little disconcerting.  Thankfully we saw some roosting the other side of the valley and were taken to an active nest site in the nearby wooded hills.  Birds recorded included Chinese Bamboo Partridge 1, Golden Pheasant 1 female, Crested Ibis 25, Chinese Sparrowhawk 1, Long-billed Plover 2, Asian Koel 1, Barred Owlet 3, Crested Kingfisher 1, Black-streaked Scimitar-Babbler 2, White-browed Laughingthrush 5, Vinous-throated Parrotbill 7, Plumbeous Redstart 1 and Yellow-throated Bunting 1 male. 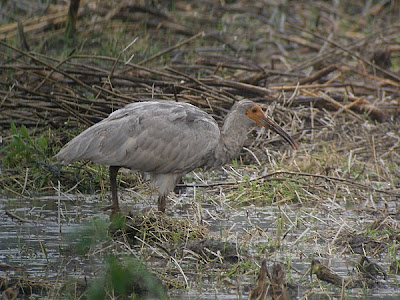 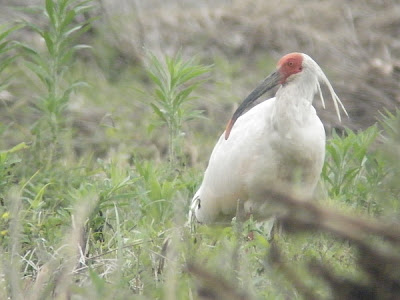 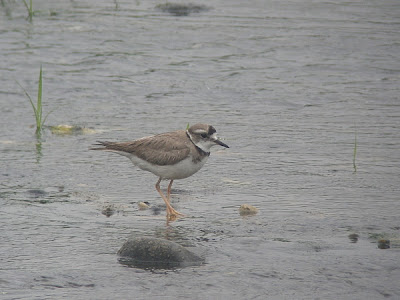 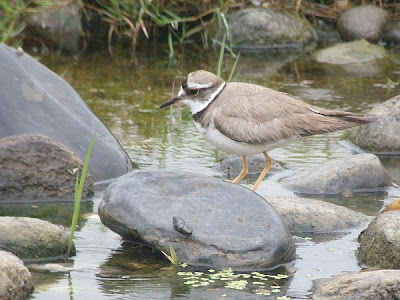 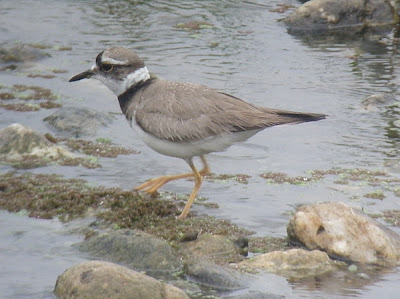 Wednesday 2 June:  After a couple of hours in the wooded hills we departed Yangxian for the five hour drive back to Xi’an.  Half-way back we hit solid stationary traffic and were stuck for two hours which was rather nerve-racking although we managed to do some birding just off the motorway.  For no apparent reason the traffic started up again and we got to the airport in reasonable time, to find the flight delayed by the customary 2-3 hours.  Birds included Chinese Bamboo Partridge 3, Golden Pheasant 1 (the same female), Crested Ibis 4 at nest sites, Mountain Hawk-Eagle 2 displaying, Sooty Tit 5, Grey-crowned Warbler 1, Dusky Fulvetta 1, Blue Whistling Thrush 3, Blue Rock Thrush 1 male and Yellow-throated Bunting 1 male. 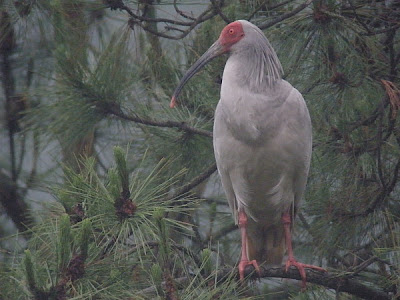 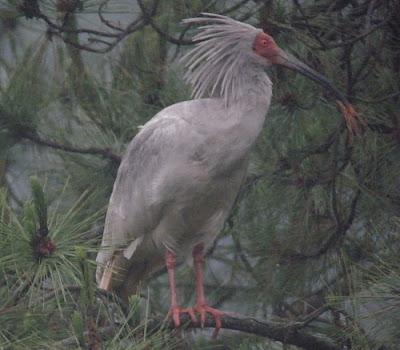 Crested Ibis near nest
Posted by richard fairbank at 17:15