Coming down from the mountain yesterday in the rain Nick and I had unknowingly walked past several Finsch's Wheatears that were seen by Paul Chapman's group.  We were up soon after dawn to look for them and quickly saw 4 along the first part of the mountain track.  The Red-fronted Serins were still present too as were 8 Shore and 5 Wood Larks and a Water Pipit.  We then revisited the Chromium Mine track.  Often revisiting an excellent area can prove disappointing but this was not the case as we saw 4 White-throated Robins, a male Ring Ouzel, the pair of Barred Warblers, 2 Rock Thrushes, 2 Chukars, and 2 Snowfinches. 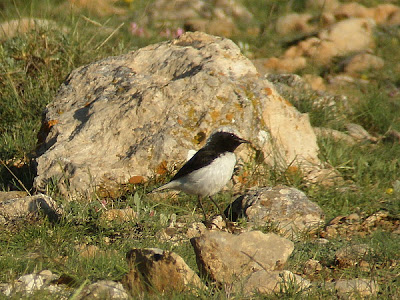 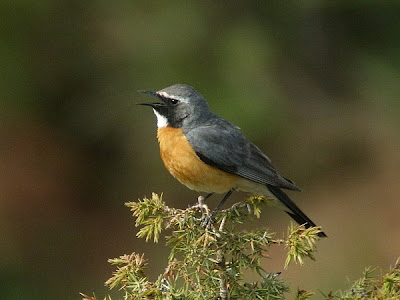 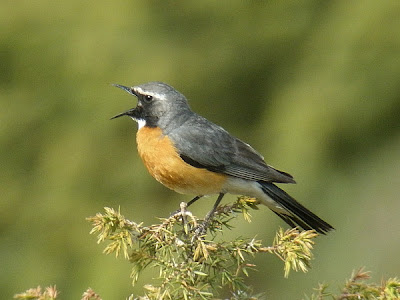 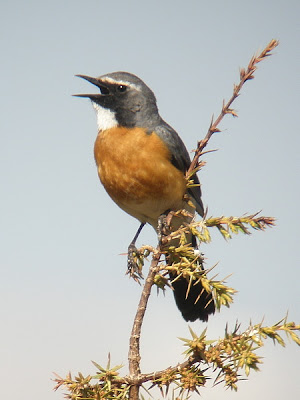 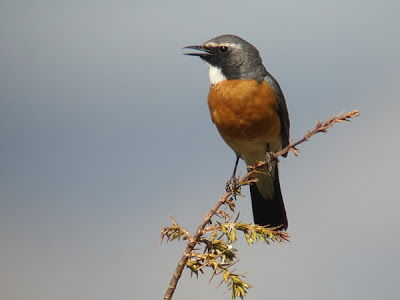 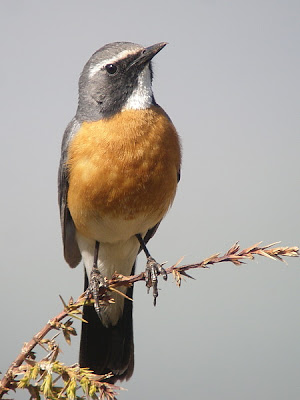 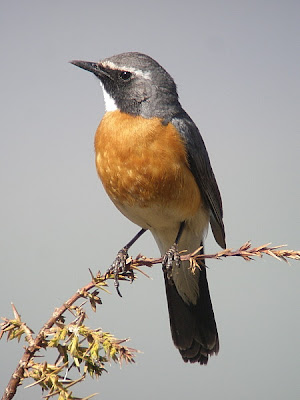 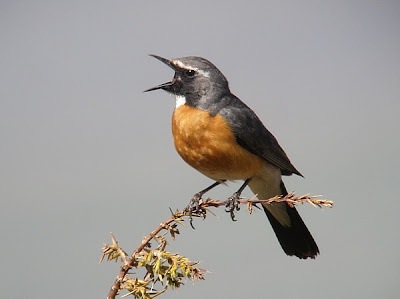 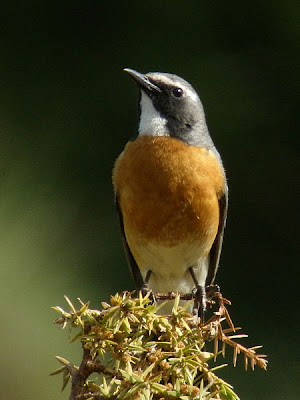 We eventually dragged ourselves away from the White-throated Robins on the Chromium mine track and had a quick but unsuccessful look for Wallcreepers in Demirkazik Gorge, where a Golden Eagle was some compensation, before returning to Pension Ozsafak for a more timely breakfast. 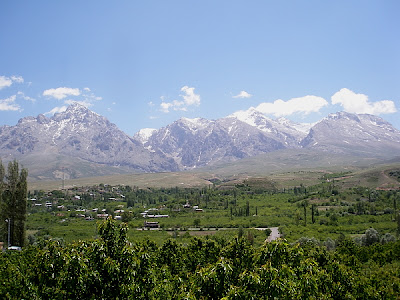 We settled up with Basar Safak, an excellent host, and left Ozsafak at noon to start the long drive south then east to Birecik. 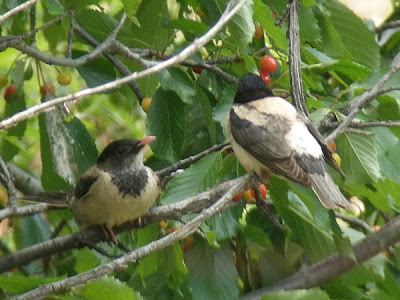 We arrived at Birecik soon after 6pm and checked into the Hotel Mirkelam, a fairly cheap and basic establishment used by many birders.  See-see Partridge was possible the hardest of Birecik's specialities to see so we made straight for the 'Ibis wadi' and amazingly saw a See-see on an adjacent hillside after about 400m.  It called a couple of times and gave good, but brief scope views.  Also in the Wadi were pairs of Menetries's and Upcher's Warblers and 4 Rollers.  The latter were my first since 1987 and were breeding in holes in the wadi sides which they flew directly into, closing their wings at the last moment - very impressive flying skills.  Buoyed by our success we headed for the 'Owl cafe' arriving just before dusk.  No one there appeared to know where the Pallid Scops Owl(s) roosted although another group had found a Long-eared Owl with a youngster which was nice.  Four groups of birders wandered around for a tense hour or so before discovering the favoured tree was right by thecafe's entrance.  Here eventually after a couple of small shapes had been glimpsed Nick spotted a movement and spotlighted a Pallid Scops looking down on us. We quickly summonsed the others and it gave excellent views to 12 British and 2 Turkish birders.  A brilliant end to another superb day. 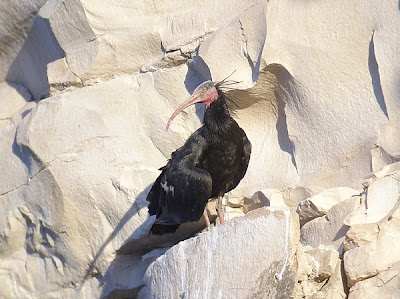 Posted by richard fairbank at 21:48