Wednesday 2nd June 1982:  Pati Bhanjyang to Kathmandu (7 miles)
We left Pati Bhanjyang at 07:45.  It was a steep climb up to Borlang Bhanjyang (8000 ft) but we made good progress and my legs were feeling good.  The descent to Sundarijal (4800 ft) was tedious, with very few birds seen and only hazy views of Kathmandu.  We arrived at Sundarijal at 11:30 and after waiting an hour for a bus were back in soon after 13:00.  Four letters from home were waiting for me at the Post Office, our first port of call once off the bus.  Back at the Blue Mountain Lodge I got the things I’d not taken on the trek out of store and found my watch was working again, presumably having thoroughly dried out from its Chitwan drenching.  It was showing the wrong time but I soon corrected that and it then seemed to be working normally.  We saw Tim & Carol Inskipp and Carol agreed to take my films home.  It is very kind of her as I’ve got quite a lot and really good news as it was something I was worrying about with respect to travelling around India.  I bought two T shirts but should have bargained for a better price even though they were only 10 ruppees each.  It was excellent to be clean and in clean clothes again – not something that I’m usually too concerned about!  It was hard to get to sleep due to the heat and one annoying mosquito in our room.  In 17 days on Langtang Trek I’d walked an estimated 134 miles and saw 177 species (hearing 10 more).  Very comparable to Everest  - same duration, virtually same distance (133 miles) and 167 species seen.  Brilliant. 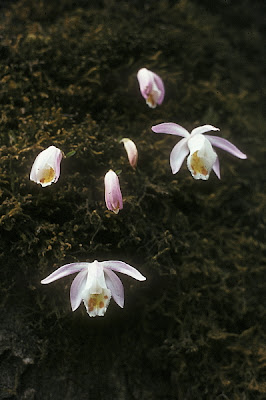 Posted by richard fairbank at 22:28