This continues the blog of an Easter 1986 trip to Australia, based on scant notebook entries and vague memories and illustrated with digitised images of degraded slides taken at the time.

I arrived in Darwin after dark on 7 April and phoned John McKean, at the time the top Australian lister.  He invited me over and I got a taxi to his house on the outskirts of the town.  The taxi driver had an impressive spotlight mounted on his wing mirror to check house numbers.  If we’d had similar on our hire car in Queensland I’m sure Paul Noakes would have used it to great effect.  I had not met John McKean before but we got on really well.  I had three and a half days before my flight to Bali left Darwin but needed to visit the Garuda Office to reconfirm it (I actually wanted to change my stop-over from Bali to Java).  We discussed what I’d not seen and the best use of my time and John very kindly agreed to put me up and take me out if I paid for his petrol, a very generous offer which I was pleased to accept.

A whirlwind day’s birding round Darwin with John McKean on 8 April netted me 11 new birds but little time for photographic opportunities.  We started at Cameroon's Beach where I was very pleased to see 2 superb Beach Stone Curlew (they were as good as I was hoping) and also White-breasted Whistler, Mangrove Gerygone and Red-headed Honeyeater.  We moved on to Beromash Sewage Farm where there were 4 White-headed Shelduck but not a lot else.  Leanyer Swamp added 10 Black-necked Storks, 4 Red-kneed Dotterel and very fortuitously 5 superb Star Finches.  Another two Beach Stone Curlew were present at East Point which was also good for Australian Pratincoles and we finished a long mornings birding at Buffallo Beach where there were 2 Great Knot and a Broad-billed Flycatcher.  We’d also seen 30 Red-tailed Black Cockatoos, at several sites, and 6 Red-backed Kingfishers.  Back at John’s he gave me the keys to his car so I could go into Darwin to the Garuda Office.  I jumped in and realised it only had two pedals.  An automatic and I had never driven one before.  I went back and told John but he was completely unfazed by it (I suppose it was a bit of a wreck).  Amazingly helpful and trusting.  I drove in without mishap (the brakes were a bit ropey too) and was able to change my stop-over.  I’d discovered that there was a National Park within 3-4 hours of Jakarta (Gunung Gede) where Lesser Forktail occurred and felt that was a more ambitious option than three days on Bali looking for the starling although it took until halfway around Australia for me to contemplate doing it.  Late afternoon, after I’d changed my stop-over, we went to the Elizabeth River where, from a road-bridge, John taped in two Mangrove Robins.  A very good day, but I felt a bit out of my depth at times. 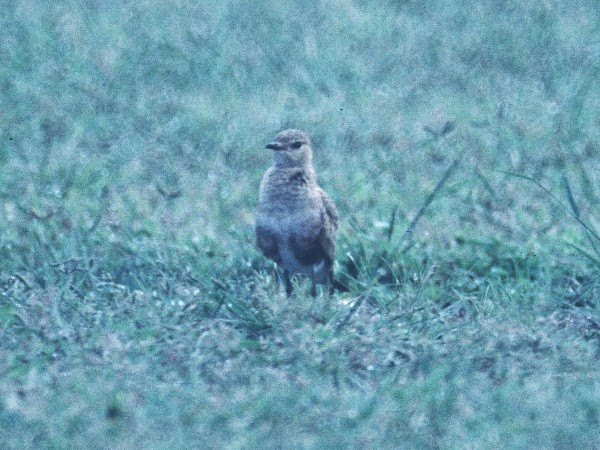 We left early on 9 April and drove to Pine Creek where we saw 2 Hooded Parrots on an old runway, 25 Cockatiel, 6 Diamond Doves, White-rumped Miner and Green-backed Warbler.  From there we drove east along a dirt road towards Kakadu National Park stopping for a flock of Masked Finches, Common Bronzewing, Bar-breasted Honeyeater, Black-tailed Treecreeper and Little Wood-Swallow.  Another stop involved a short route march into an area of woodland John knew where he found a superb roosting Rufous Owl.  We continued but our progress was halted by not being able to cross the South Alligator River which was in flood – a result of a very wet period before I arrived (presumably the same weather system that I had encountered rather too often in Queensland).  We were not the only vehicle unable to cross although as the general consensus was that the river wasn’t dropping in a hurry we were in a better situation than a couple stuck on the other side.  I had less than two days before I left Australia and didn’t want to spend most of them on a riverbank waiting for the river to drop.  This seemed a very real possibility so we abandoned the idea of going to UDP Falls and headed instead for the Victoria River, about 200 kms west of Katherine.  We stopped in the cemetery at Pine Creek seeing 6 Great Bowerbirds and then made steady progress.  The last part of the journey was in darkness but did produce a Spotted Nightjar on the road.  We camped by the road house where we got a meal.  It was disappointing not to be going to Kakadu but there were some special birds in this area too.


We were up at dawn on 10 April and pleased to be warmed by the sun.  The main bird I was hoping to see was Lilac-crowned Fairy-Wren and we quickly found three in tall grass near the river’s edge and Yellow-tinted Honeyeater and 2 Yellow-rumped Mannikins nearby.  We headed up onto the Victoria River escarpment, where the views were superb, seeing 4 White-quilled Rock Pigeons and single roosting Boobook and Barking Owls.  We then started the journey back to Katherine but made plenty of stops for birds seen by the road which included 2 Australian Bustards, 2 Spinifex Pigeons, flocks of 15 Cockatiels and 25 Budgerigars, 2 Ground Cuckoo-Shrikes, Rufous-throated Honeyeater, 4 Pictorella Mannikins and 3 Gouldian Finches.  Nearer to Katherine we saw 3 pairs of Brolgas, looking very stately as cranes usually do, and a Black Bittern.  On the way back to Darwin we saw 2 Great Bowerbirds near Pine Creek and had time to call in at the Adelade River, seeing 3 Mangrove Whistlers, and Humpy Doo.  During the drive we had also seen 60 Little Whimbrel, 8 Brown Falcons and 6 Red-backed Kingfishers making it a very good day. 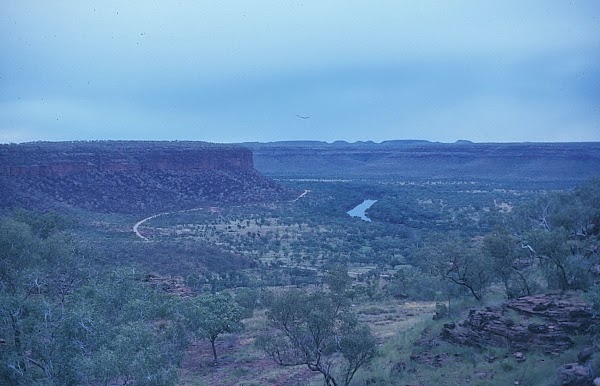 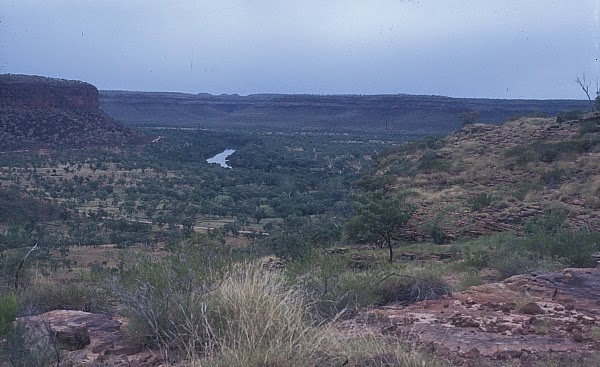 On 11 April I borrowed John’s car for my final morning around Darwin and visited East Point, Leanyer Swamp and Karima seeing 2 Brown Quail, 25 Australian Pratincoles, 75 Little Whimbrel, 20 Grey-tailed Tattlers, Blue-winged Kookaburra and Brown Whistler.  The latter was the last of about 285 new birds and I’d seen just over 350 species.  I bought some biscuits as I wasn’t sure what Java would offer and resisted the temptation to get a couple of jars of vegemite, something I’d bought when I had arrived, instantly hated but persevered rather than wasting a whole jar and was now quite keen on.  John dropped me back at Darwin Airport for my mid-day flight, he had been a superbly generous host and I would not have done half as well as I had without his expert knowledge and untiring enthusiasm.  I promised to let him know how I got on in Java as he too was very keen to see the Enicurus (forktail).  He did the following year and we kept in touch for a while but I never saw him again.  He later moved to America but tragically died of a brain haemorrhage, far too young.  A top bloke.

Posted by richard fairbank at 21:19