Monday 5 December.  A Peregrine was on the edge of the Southwick Power Station nestbox in the pre-dawn gloom on my way to work.  Subsequent mornings were probably too dark for it to have ventured out.

Saturday 10 December.  Low tides were before dawn and after dusk so the Adur was not visited although Normandie Greater Black-backed Gull 70E, back for its third winter, and North Thames Herring Gull YW7T were seen near Shoreham Harbour Yacht Club, the former relocating to the inner arm of the harbour as the tide rose.  A Purple Sandpipier was on the wooden jetty inside the harbour entrance, my first there this winter, while a summer plumaged Guillemot was on the sea just off the western breakwater and the Peregrine could be seen distantly on the Power Station chimney.  On to Widewater where 22 Little Grebes, a Red-breasted Merganser and 6 Sanderling were seen with a quick stop at the Adur Saltings as the tide came in and a plastic decoy pintail was bobbing around with the Teal!  Megan and I walked a circuit over Beeding Brooks in the afternoon and saw 1 Barn and 5 Short-eared Owls and 30 Fieldfares. 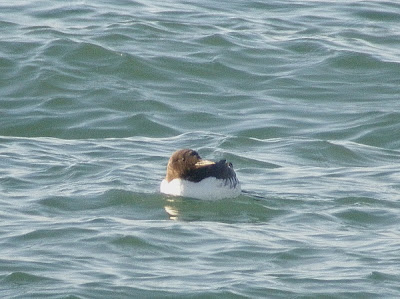 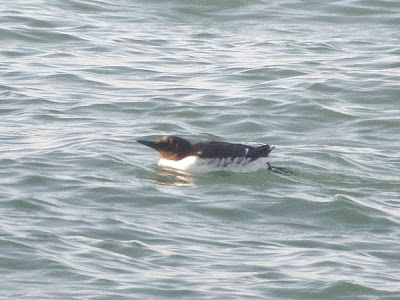 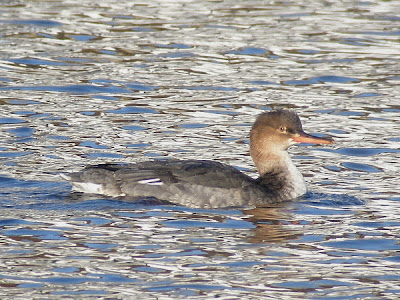 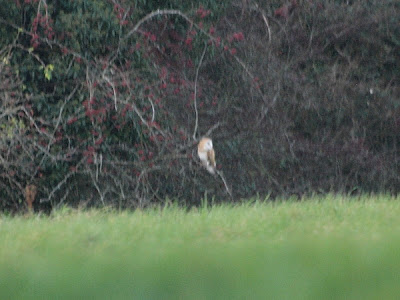 Sunday 4 December.  A morning of strong winds and showers in West Sussex with John King started at Ferring where saw 6 Little Egrets, Water Rail, Jack Snipe, 2 Common Snipe and a Stonechat.  Being too rough for the Burgh we went on to Church Norton expecting some shelter but were disappointed.  The sea was very hard work with a high tide and deep troughs making it almost impossible to get onto anything.  I saw 6 Red-throated Divers flying west, a Slavonian Grebe very briefly, 30 Gannets, 7 Red-breasted Mergansers, 3 Kittiwakes, 2 adult Mediterranean Gulls and 6 auks.  In the harbour 4 Avocets, 100+ Grey Plover and 200+ Knot were the best we could find.  No photos taken.
Posted by richard fairbank at 13:53