Saturday 3 December.  A low tide visit to the Adur was thwarted, not for the first time, by bait diggers with most of the few gulls remaining being further disturbed by a helicopter and flying off before I’d checked through them all.  Two red colour-ringed North Thames Herring Gulls were present, AR4T and Y???.  The latter was the right age for YW7T and if it was that bird then I had previously seen both of them on the Adur on 5 November.  Also on the Adur were 11 Grey Plover and an adult Mediterranean Gull.  An afternoon visit was made to Beeding Brooks where I met John King and Tony Wilson.  Short-eared Owls put on a fine display although it was very hard to keep track of how many were present.  Several times we were convinced we had seen at least 8 individuals.  Also seen were 20+ Fieldfares and c25 Yellowhammers while the hoped for Barn Owl finally appeared with the light all but gone. 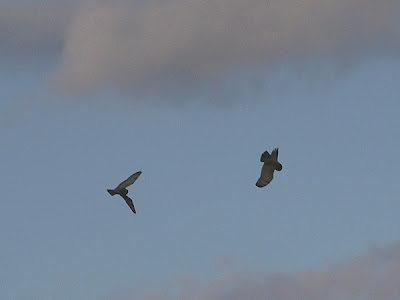 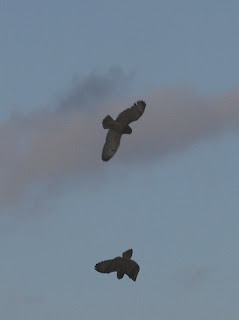 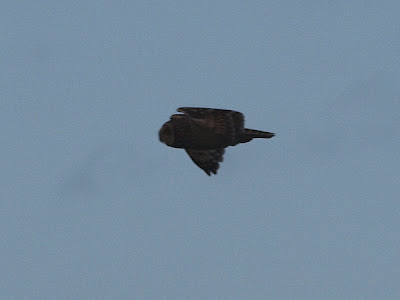 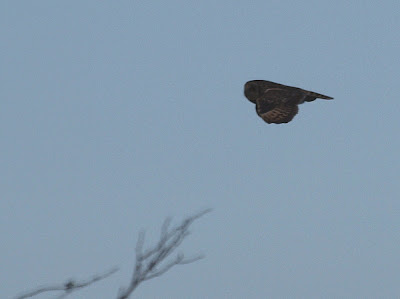 Sunday 4 December.  Staying local I started at Shoreham Harbour and Fort but nothing was moving on the sea and a Peregrine on Southwick Power Station chimney, 20 Turnstones below the wooden pier and 2 Greenfinches were all that was noted.  At Widewater the Snow Buntings couldn’t be found near the beach huts or during a three hour search by us and others.  JK and I looked from Kings Walk to Lancing Sailing Club and back and just as we returned to the original area the buntings were found there by others and gave superb views.  Also seen were 8 Red-breasted Mergansers, a female Merlin, c10 very distant Sanderling, 60 Turnstones and 2 Rock Pipits.  A final stop at the Adur, rather cold now after standing watching the buntings for the best part of an hour.  No biat diggers and 89 Greater Black-backed Gulls including Jersey "C" and Normandy A26.  I had seen the former on the Adur in November 2009 and this October, the latter in February & December 2010 and this September and October.  Also a metal ringed Common and a Herring Gull but digiscoping needs to go up a level to enable them to be read.  It makes me wonder why gulls are ringed without adding a colour ring too? 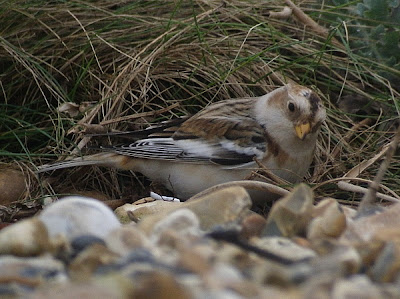 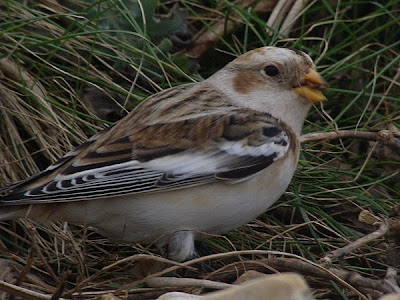 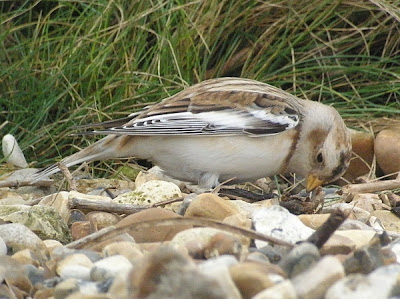 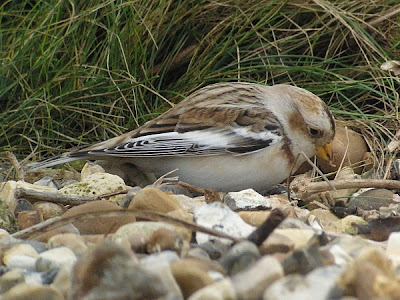 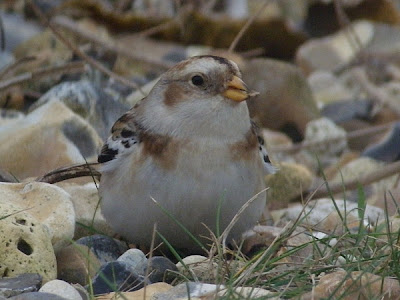 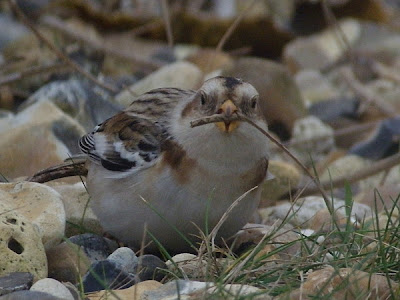 Posted by richard fairbank at 13:48