Monday 16 December. Megan and I took Cookie to Shoreham Fort and along the beach seeing 2 Purple Sandpipers, a calling Chiffchaff, 40 House Sparrows, 2 Meadow Pipits and 35 Greenfinches. Nothing was seen offshore although there was a heavy swell. An afternoon sorting gull photos, not helped by inadvertently deleting them all after I'd finished and having to download them from the camera and start again.

Sunday 15 December. Megan and I took Cookie for a walk around the Adur. The rising tide wasn't helpful with few gulls around and waders only represented by 7 Oystercatchers and 4 Turnstones. By the airport were a Stonechat and 2 Meadow Pipits. I then went down to the Cuckmere hoping the high tide and a strong wind would have brought decent numbers of gulls into the roost. I found the A26 closed at Beddington (remember the road number) and had to return to Kingston and take the Newhaven road arriving in the Cuckmere via Chyngton Farm at about 12:45. There were just over 400 large gulls in the field out from the farm track but I could only pick out two adult Yellow-legged Gulls amongst them and soon headed down to the Harry's Bush field which held at least 1600. With more coming than goings I estimated the majority to be 1800 Great Black-backed Gulls, 200 Herrings and at least 100 Lesser Black-backs. When I'd left three hours later I'd seen out at least 8 Yellow-legged Gulls (6 adults and single second and third-winters), two first-winter Caspian Gulls and at least 4 argentatus Herring Gulls. I saw eight gulls with colour rings although only read half of them. A veritable rainbow of colours and although no orange or purple, one of the black rings had thick orangy characters. All Great Black-backs unless stated, they were:
Red - H1AT, a North Thames Great Black-back, very dull one this, the first sighting of an adult ringed at Pitsea in February 2013 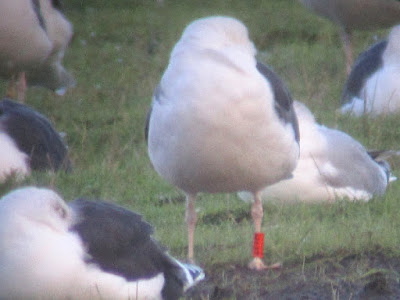 Yellow - a partly read Caspian, looking most like A3xx or xxEV depending on which way up the ring was fitted. 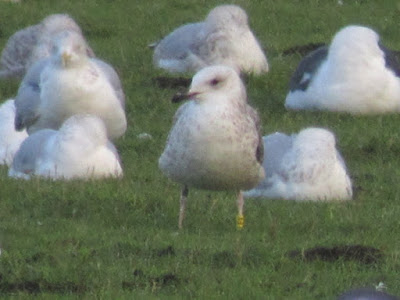 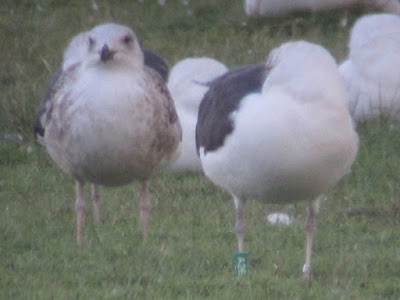 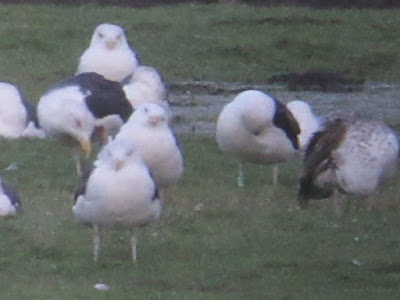 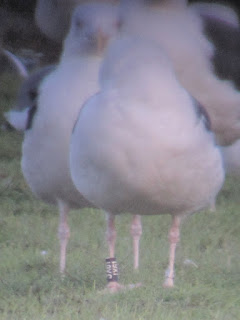 iii) 60S, its ring looking almost orange, a Le Havre Great Black-back hatched in 2015 and seen along the Normandie coast each year since although this is its first sighting our side of the Channel. 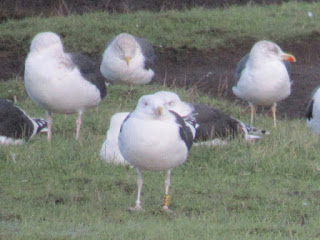 One of the Caspian Gulls was first seen when it stood up from behind a Great Black-back at the front of the flock and walked a few paces in full view before stopping partly obscured by another, a classic bird, I watched it hoping it would move in full view again and was just about to try some obscured photos when it flew showing its clear pale underwing. The other Caspian Gull showed for longer although in poor light: 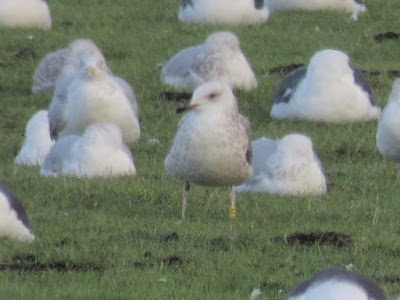 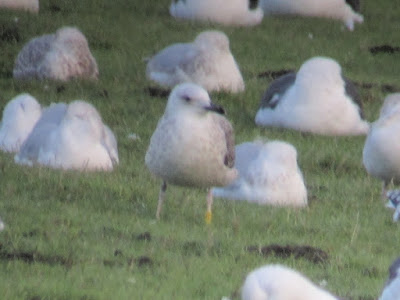 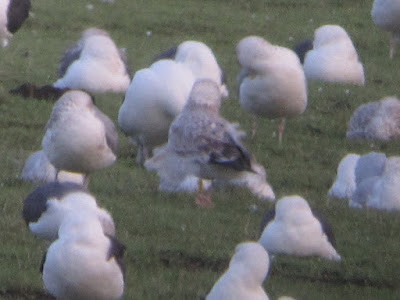 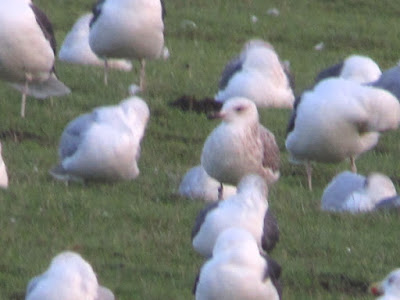 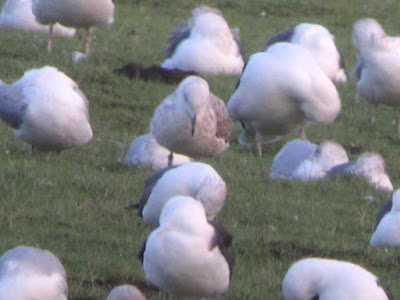 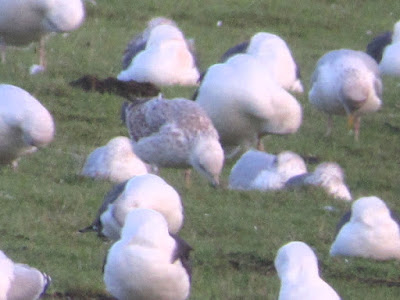 The following gull(s) could have been Caspian too although head-on views (into the wind) were not helpful and attempts to find a better angle unsuccessful. 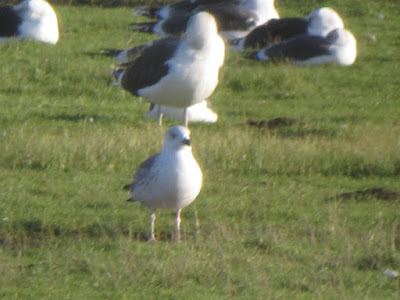 The following are all Yellow-legged Gulls although one or two looked quite interesting for a while: