Tuesday 03 December. I took Cookie down to the Adur at low tide to look for gulls. There were a few below the Old Toll Bridge, a bait digger not helping, and 26 Ringed Plover. There were more gulls opposite Ricardo's which included two with with colour-rings, Yellow T5PE, a Black-headed Gull ringed at Koronowo, Kujawsko-Pomorskie in Poland in May 2017 (when already adult). It was seen at Shoreham Fort in December 2018 by Kevin Duncan and by me at Shoreham Sailing Club in February 2019. Does it return to Poland in the summer? The other was local Herring Gull White A6XY, a rehabilitated bird from Croft Road in Southwick which was ringed in June 2010 when a third summer. I'd previously seen it on the Adur between November 2010 and December 2016. In the afternoon I took Cookie to the Cuckmere to try again to see a Caspian Gull this winter. My three previous attempts had produced plenty of Yellow-legged Gulls but no convincing Caspians. RKH, RES and KH were grilling the gull flock when I arrived and had seen two Caspians but a light aircraft had flushed the flock and they'd not seen them return. I walked a bit further to try the flock from a different angle and picked out 5 Yellow-legged Gulls (3 adults, a third and a second winter) and it looked as if I would draw a blank on Caspians again even when I returned to the others to find they had a very distant bird that looked a strong contender. I thought so too but it was rather obscured most of the time and although what I could see of it looked good there were a number of features I couldn't see. I spent some time trying to obtain images of the bird and reviewing them thought there were two good contenders but couldn't really get much further. Just as I was about to leave a stunning Caspian Gull appeared at the front of the flock. It was mostly unobstructed and at a much more helpful distance, although still not close. It had a yellow colour-ring but it was too far to be able to read it (other than the final digit appearing to be a 7) and usually hidden in the grass. I assumed that it was an advanced first-winter although extensive image searches failed to produce a perfect match. 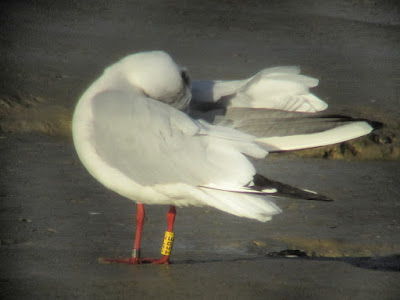 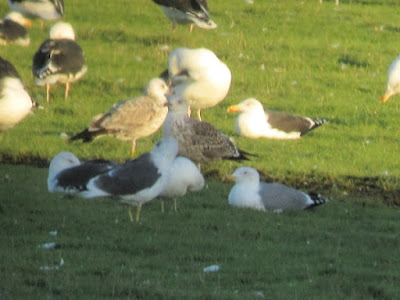 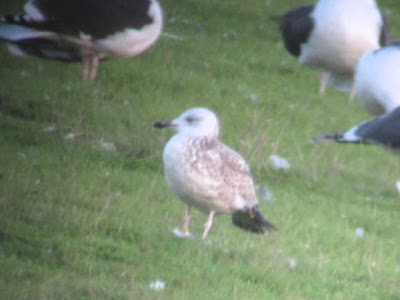 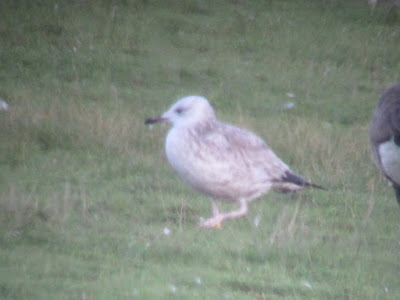 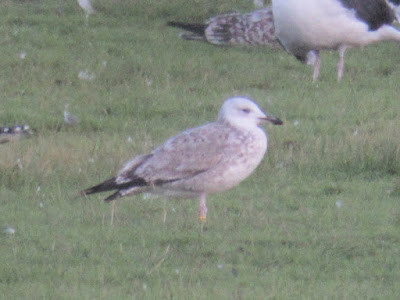 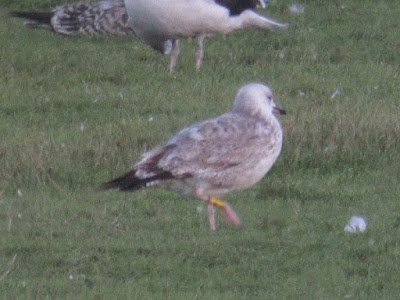 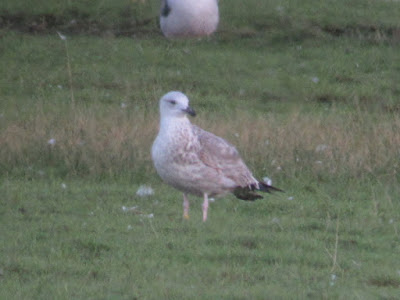 Posted by richard fairbank at 20:42