For a number of years Ethiopia had been working its way up the list of places that I wanted to visit and with holidays for 2011 somewhat in flux I was on the lookout for a trip that was both reasonably cheap and offered a fairly full itinerary.  In mid December 2010 I was therefore very receptive to an email request on African Birding for two birders to share the costs of a second vehicle on a privately arranged trip - particularly as I knew the sender, Dave Sargeant.  George Wagner was also recruited, with the original group of Mick Green, Ian Harrison and Dave Murdoch having already arranged a comprehensive itinerary around the southern circuit with top Ethiopian bird guide Merid Gabremichael.  Preparations were rather rushed although there was still time for everything to almost go off the rails with misunderstandings as to how compatible the priorities of the two vehicles were, the main disadvantage of email correspondence!  A non-birding guide was taken on to allow more flexibility but in the event the two vehicles were hardly apart and Robel, nice guy as he was, was pretty much a waste of space.

Thursday 10 February.  Dave M, Ian, Mick and I arrived in Addis soon after 7am on a direct overnight flight from Heathrow.  We were met by Merid and driven into town to the Ghion Hotel.  Bundles of cash were handed over in the car park and Merid promptly left to finalise arrangements.  We found our first endemics in the extensive hotel gardens (Abyssinian Slaty Flycatcher, Brown-rumped Seedeater and White-backed Black Tit for me) and met up with Dave S and George who had arrived from Thailand and Chicago respectively, George the previous day.  When Merid returned we set out north towards Debre Libanos, stopping at a damp shallow valley on the Sululta Plains.  Here we saw our first Blue-winged Geese, Wattled Ibis, Spot-breasted Plovers and a Red-breasted Wheatear.  We continued on to the Ethio-German Lodge where we checked in and went birding for a couple of siesta hours before driving to Debre Libanos.  We stopped at a very impressive bird-filled fig tree and then the monastery but the dry forested grounds there were quite birdless and the setting very ordinary.  We returned to the fig tree before finishing the day back at the Lodge where my first spaghetti meal in Ethiopia didn’t bode that well for the rest of the trip.  Birds seen by me included 12 Blue-winged Geese, 40 Wattled Ibis, 2 Verreaux’s Eagles, 10 Black-winged Plover, 2 Spot-breasted Plover, 6 White-collared Pigeons, White-cheeked Turaco, 6 Abyssinian Blue-breasted Bee-eaters, Banded Barbet, 2 White-backed Black Tits, White-billed Starling, 10 Groundscraper and 7 Mountain Thrushes, 2 Ruppell’s Robin-Chats, Red-breasted and 3 Pied Wheatears, 4 Ruppell’s Black Chats, 3 White-winged Cliff-Chats, 2 Little Rock Thrushes, 5 Abyssinian Slaty Flycatchers, 20 Brown-rumped Seedeaters. 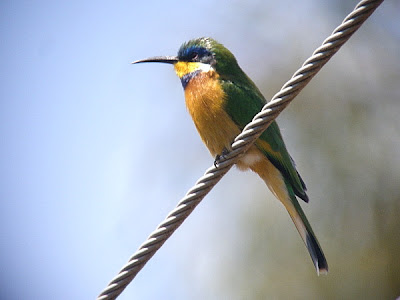 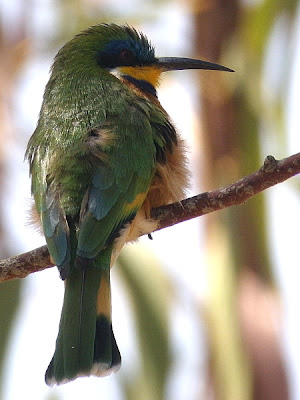 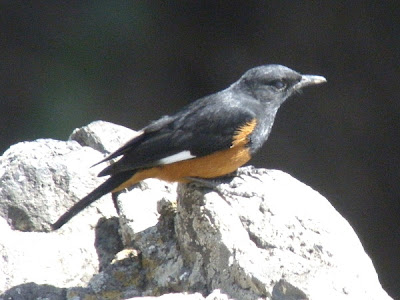 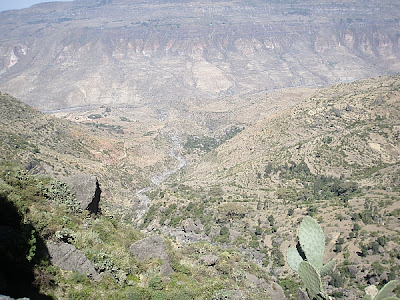 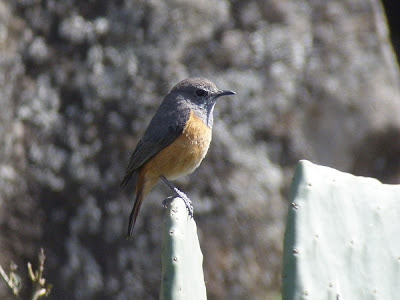 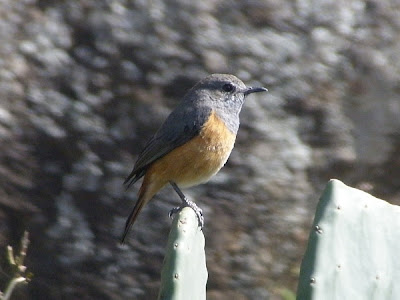 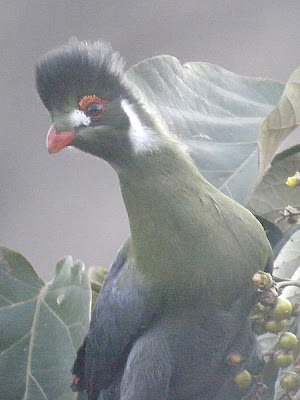 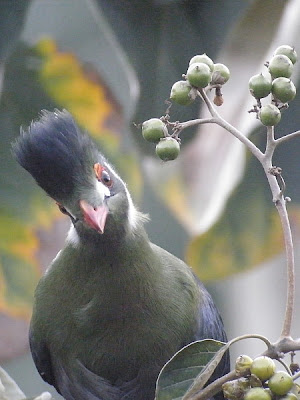 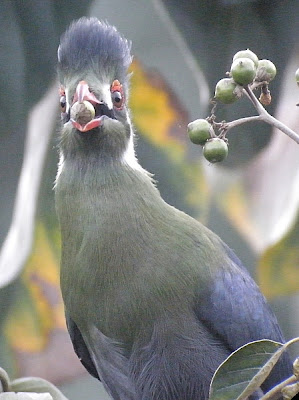 Posted by richard fairbank at 13:16