Sunday 13 February.  A full day in Southern Awash NP.  After an early breakfast/walk around near the lodge we slowly drove around the Ilala Sala Plains frequently stopping and scanning for bustards and raptors.  This was our best chance of Scissor-tailed Kite and Dave S, with the added incentive of it being the only African raptor he’d not previously seen, picked out a distant bird which after careful scrutiny turned out to be one with another one, then two nearby.  They drifted a bit closer but seemed set to cross the road a km further back from where we were so we piled into the vehicles and gave chase.  Unfortunately there was only ever going to be one winner as although we did see them somewhat closer when we stopped again they were soon heading away.  Not really the views I was hoping for on renewing my acquaintance with the species after 33 years!  We then had an hour at a superb viewpoint at the somewhat rundown Kereyou Lodge overlooking the Awash Gorge.   We returned to the Waterfall Lodge where most of us birded in the riverine forest along to the campsite during the siesta period.  We finished with a late afternoon excursion back onto the Ilala Sala Plains.  Apparently it was considered too dangerous to try a night drive as the locals might take pot shots at vehicles as there had been recent instances of cattle rustling.  Birds seen included 11 Crested Francolin, 7 Lesser Kestrels, 2 Secretarybirds, 4 Scissor-tailed Kites, Bataleur, 2 Arabian, 8 Kori, 4 Northern White-bellied and 3 Buff-crested Bustards, Senegal Thick-knee, 19 Chestnut-bellied and 21 Leichtenstein’s Sandgrouse, 2 Slender-tailed Nightjars, 7 Abyssinian Rollers, 6 Northern Carmine Bee-eaters, Grey-headed Batis, 5 Woodchat Shrikes, 3 Gillett’s Larks, 4 Ashy Cisticolas, 25 Isabelline Wheatears, male Nile Valley Sunbird and White-bellied Canary. 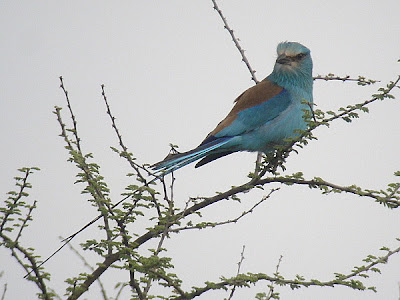 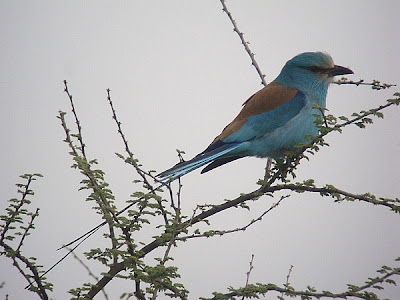 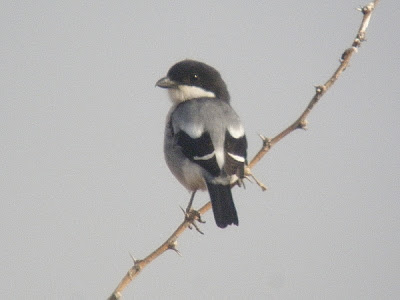 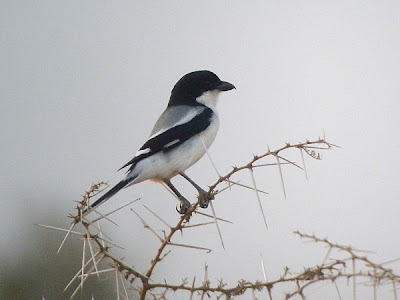 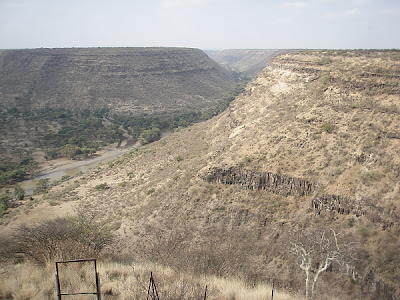 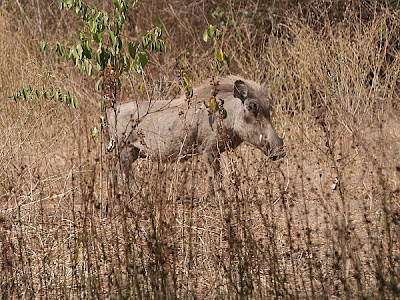 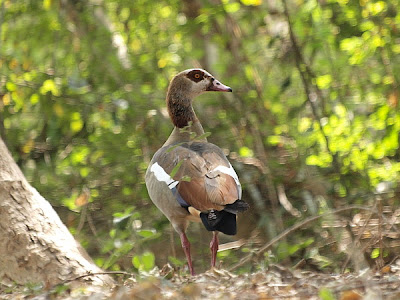 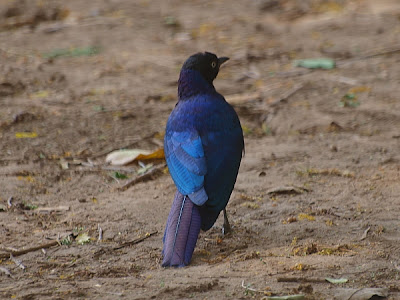 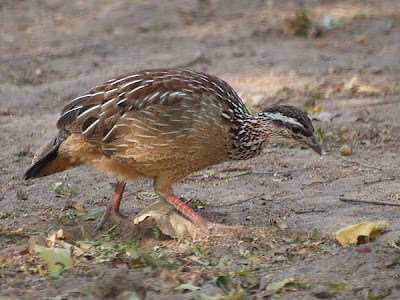 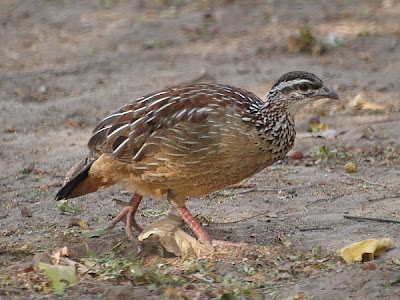 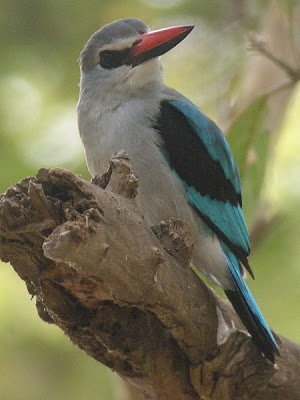 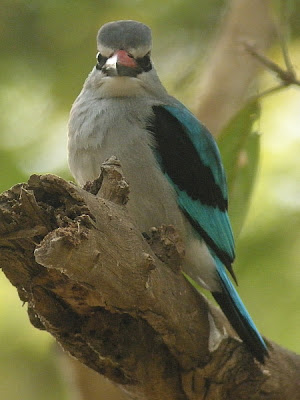 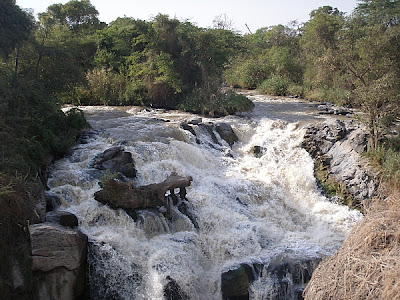 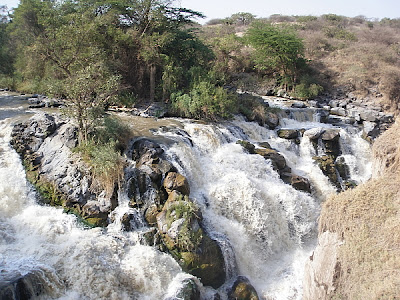 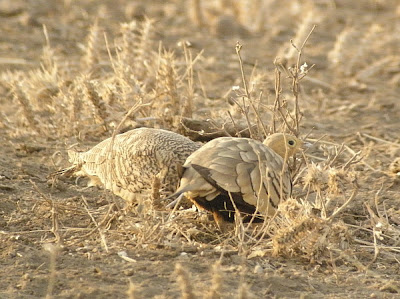 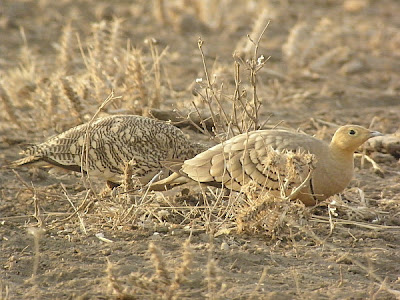 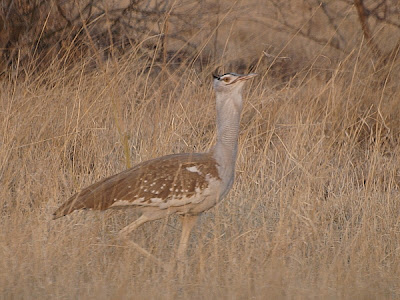 Posted by richard fairbank at 14:00