Sunday 20 February.  We left the hotel before dawn and drove for an hour or so before a prolonged and very successful birding breakfast stop in roadside scrub.  We had three more similar hot and dusty stops on the way to Bogol Manyo.  We arrived in what felt like a small frontier town early in the afternoon and Merid started prolonged negotiations with the village elder about allowing us to stay in their unfurnished ‘community hut’.  Eventually a deal was struck, for rather more than we thought was reasonable but there were no nearby alternatives.  The deal also involved us having a local ‘guide’ for the rest of the afternoon.  This was hardly necessary as Merid knew the area very well, but was presumably to ensure we didn’t wander too close to a nearby Refugee Camp that was strictly off limits.  This was no big deal and we birded around a dried up water course on the edge of town, if Bogol Manyo could be described as such.  Mick and I chose to sleep on the porch of the community hut in bivy bags.  This was much more airy than being inside, fairly comfortable with a karimat and fortunately insects were not a problem so didn’t require a mossie net.  Food in the local restaurant was certainly no worse than we had come to expect.  Birds seen included Egyptian and White-headed Vultures, 3 Somali Coursers, 6 White-winged Collared Doves, 3 Lilac-throated Rollers, 4 Black-throated Barbets, 4 Pigmy Batis, 4 Pringle’s Puffbacks, 2 Red-naped Bush-Shrikes, Gillett’s Lark, 2 Pale Prinias, Somali Crombec, 20 Shelley’s, 2 Bristle-crowned, Magpie and 100 White-crowned Starlings, 3 Hunter’s Sunbirds, Parrot-billed Sparrow, 2 Speke’s Weavers, 2 Northern Grosbeak Canary, 2 Salvadori’s Seedeaters and Somali Golden-breasted Bunting. 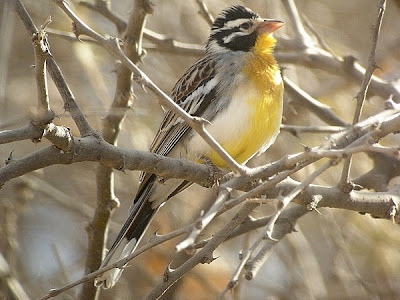 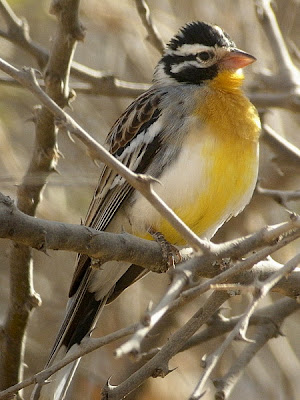 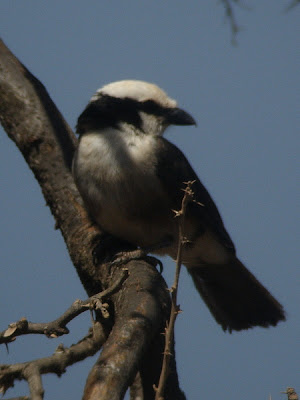 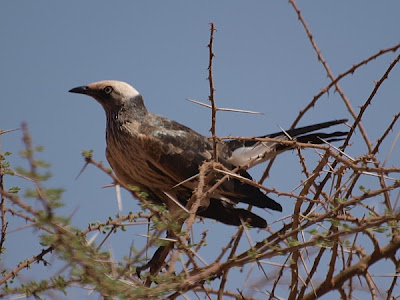 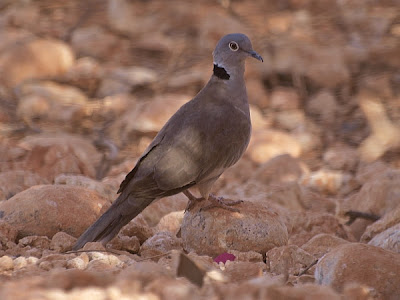 Posted by richard fairbank at 13:14