Saturday 12 February.  We left the hotel before it was light, driving to the scarp south of Ankober for first light.  Here calling Erckel’s Francolins were soon picked up on the edge of some small fields below us.  We quickly moved on to Melka Ghebdu where we spent over two hours birding on a scrubby hillside before a leisurely breakfast by the river.  The hoped for Yellow-throated Seedeaters took a bit of finding but were eventually tracked down although like most Ethiopian seedeaters they were not overly inspiring.  A bit further down the road a dead Martial Eagle was a sad casualty of overhead powerlines, and apparently not the first in that area.  It was then a long drive on a very poor track towards Awash.  At times of the year the route is impassable and Merid told us we’d only been given permission to take the vehicles on this route the week before we came out.  Once out of the mountains the route actually became worse and at one point we had to retrace our steps several kms to a small village (the only one we passed) to check we were going the right way.  As we got closer to Awash we entered one of the best areas for seeing Arabian Bustard and I became much more tense as it was one of my top targets for the trip.  Fortunately my worry was short lived as I saw one under a nearby tree as we were driving past.  George radioed the lead car to ask if they wanted to come back for it.  Unsurprisingly they did, although we’d seen another three by the time we reached Awash.  We had a couple of brief stops in decent looking scrub by the track and eventually arrived at the Waterfall Lodge at 5pm where we birded the nearby area until dark.  The aptly named lodge was superbly situated if somewhat basic.  Other birds seen included 7 Crested Francolin, Brown Snake-Eagle, Little Sparrowhawk, Buff-crested Bustard, 6 Black-headed Lapwings, 5 African Collared Doves, 4 Orange-bellied Parrots, 6 Abyssinian Rollers, Half-collared Kingfisher, 3 Northern Carmine Bee-eaters, 3 Yellow-breasted Barbets, 4 Bearded Woodpeckers, Sulphur-breasted Bush-Shrike, 2 Mouse-coloured Penduline Tits, 3 Red-fronted Warblers, Nightingale, 3 Pied and an Abyssinian black Wheatear, 2 White-winged Cliff Chats, 2 Rock Thrushes and Nile Valley Sunbird. 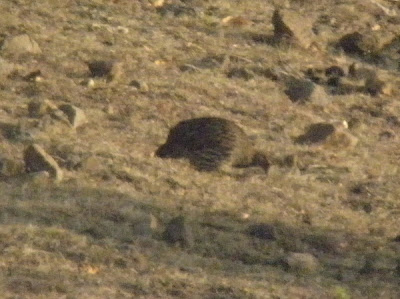 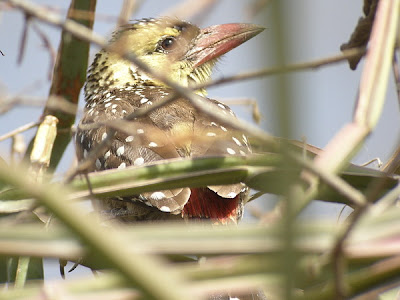 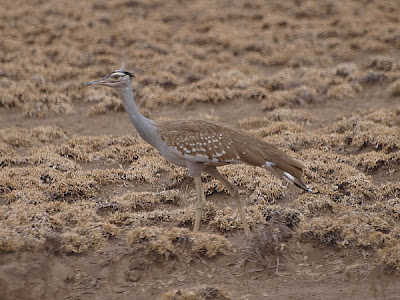 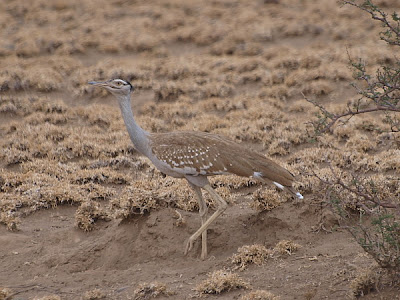 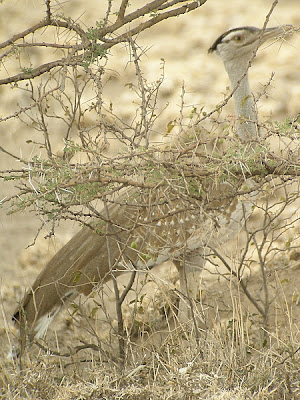 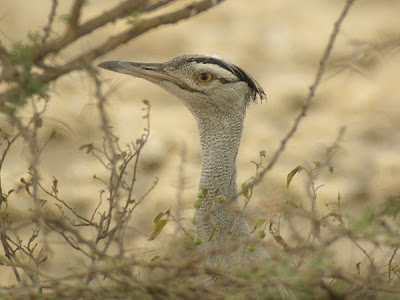 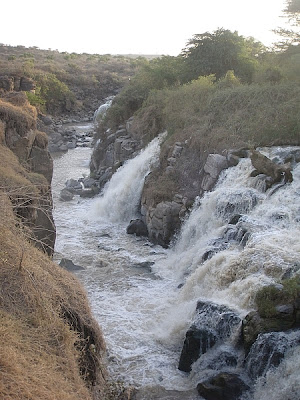