Thursday 17 February.  We left the hotel as it was getting light and drove up onto the Sanetti Plateau through some early low cloud.  We stopped in scrub part way up which produced 2 Bale Parisomas and it was before we got onto the plateau proper that was the best area for francolin's and Rouget's Rail.  Fortunately this did not last and the weather on the plateau was generally good, although not warm.  We spent all day on the plateau concentrating along the road in the morning and hiking out over the Garba Guracha tarn area in the afternoon and looking down on a lake 500m below.  The latter was a sometimes reliable site for Wattled Crane although the lake margins looked rather dry and we failed.  Otherwise it was a very successful day with the hoped for birds and some good wolf sightings (even if it was more reminiscent of a large fox).  Although often sunny there was an at times bitingly cold wind and I was glad to have gloves and hat.  We returned to Goba where I saw a largish owl flying across in front of the hotel at dusk while getting ready to scope the full moon.  Merid later heard Abyssinian Long-eared Owl which seemed a likely bet at the time.  Birds seen included 7 Moorland Francolins, 2 Chestnut-naped Francolins, 75 Blue-winged Geese, 45 Ruddy Shelduck, 200 Pintail, 25 Wattled Ibis, 4 Rouget's Rails, 2 Lanners, 3 Golden Eagles, 50 Crested Coot, 200 Spot-breasted Plovers, 4 Chough, 20 East African Thekla Larks, 3 Groundscraper Thrushes, 25 Moorland Chats and 200 Black-headed Siskins. 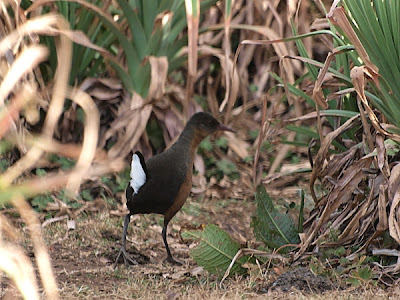 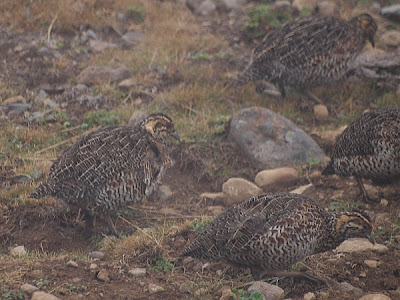 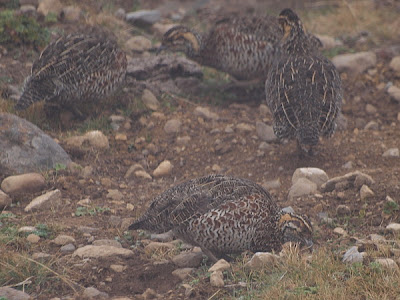 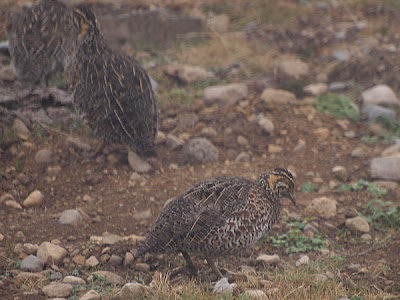 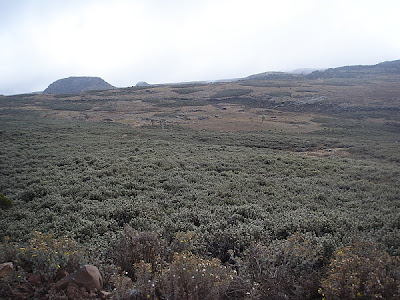 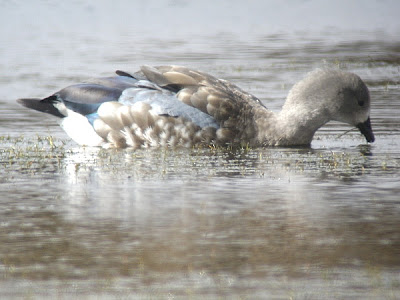 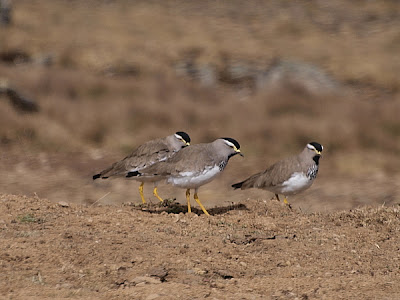 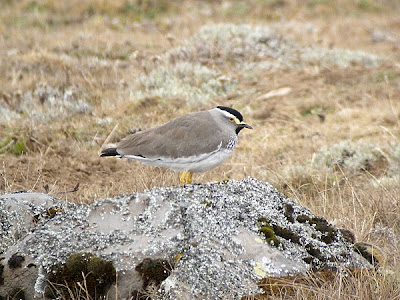 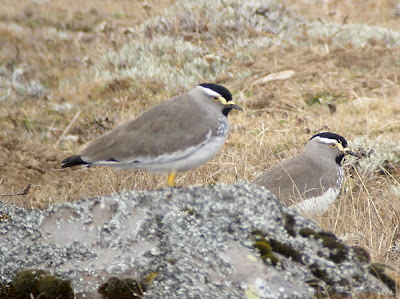 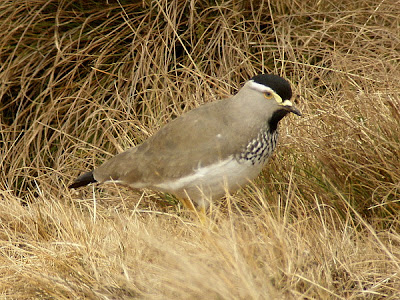 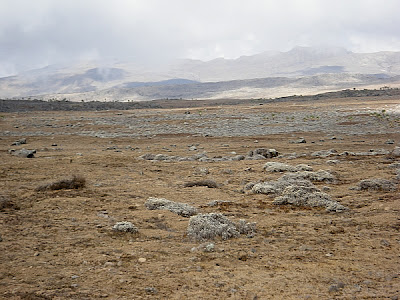 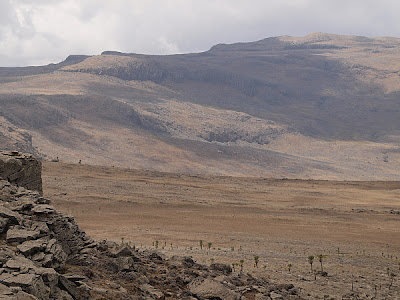 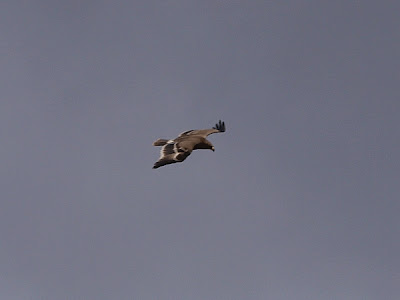 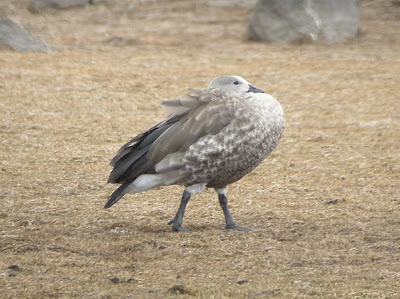 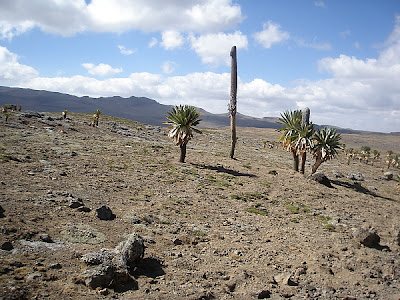 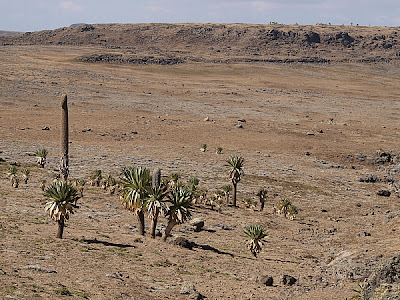 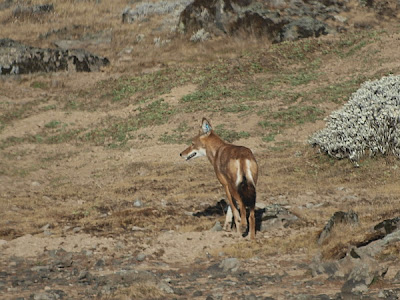 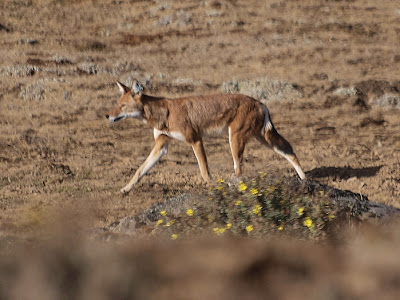 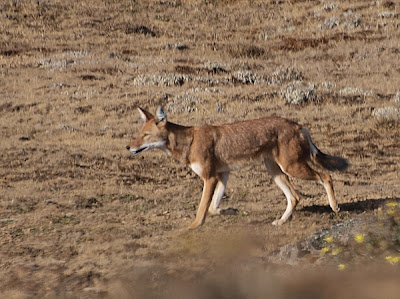 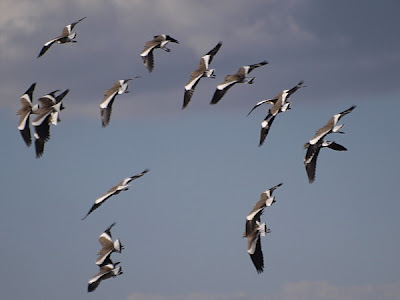 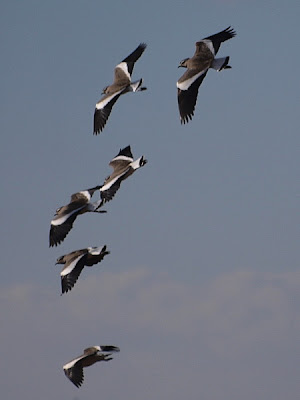 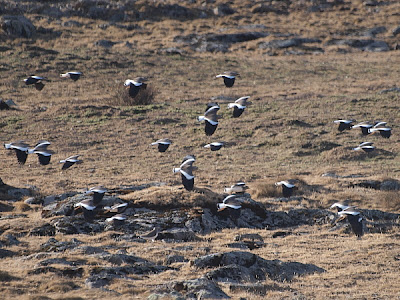 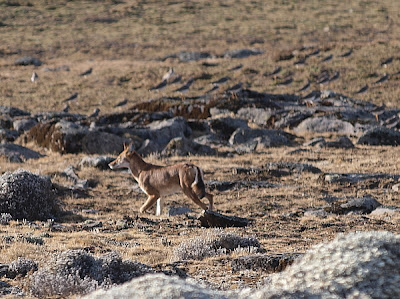 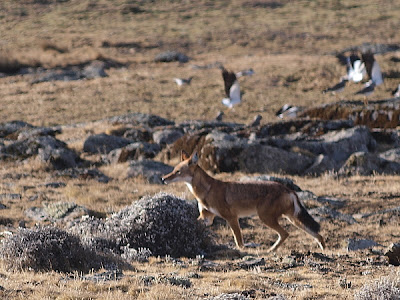 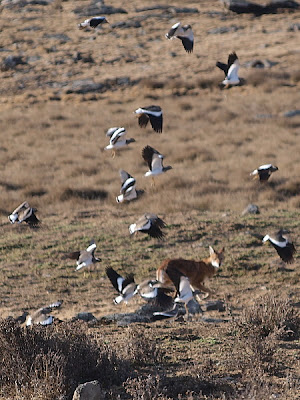 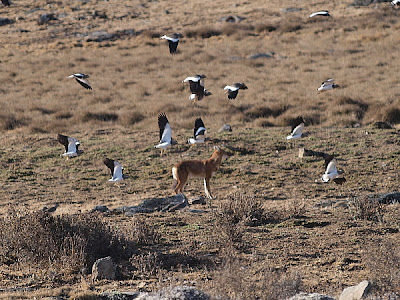 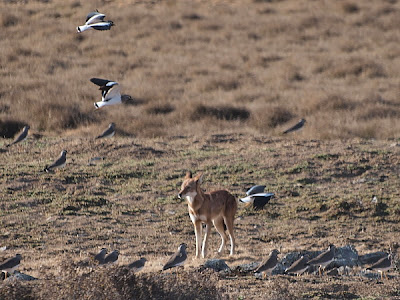 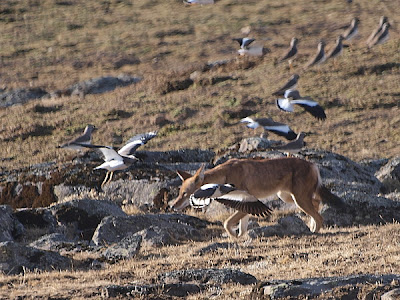 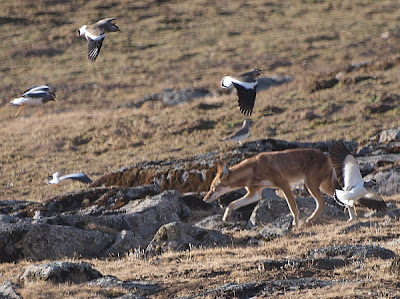 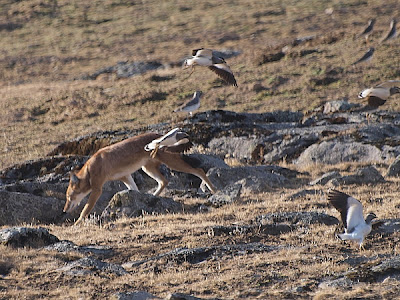